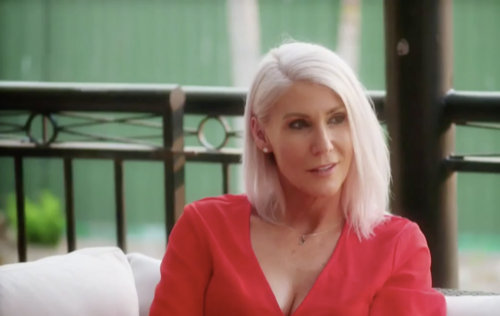 Josh and Cathy had already talked about the night she went out. His bringing it up again is just another excuse for him to tear her down and Cathy realized it. She left him at the beach because she wasn’t going to have the same fight twice. Cathy was done with letting Josh control everything and so their homestay had at least showed them that there wasn’t any future for them as a couple. The same could be said of Connie and Jonethen. Jonethen voted to Leave at the last commitment ceremony because he realized he didn’t have feelings for Connie and that they were better off as friends.

Jonethen tried to get Connie to see that as well. But she refused to. Connie said that he hadn’t given the full 100% in trying to establish a relationship and so she was holding onto him for dear life. She even believed that their outing was romantic. Jonethen took her skateboarding because that’s what he does with his friends and he now saw her as a friend. He had written any other relationship. He wasn’t going to see her in a new light and the only one that refused to accept what he’s saying is Connie. Connie still believes they might work out as a couple. She keeps putting forth all this effort and it’s going nowhere and neither is the relationship.

There was also another couple that’s struggling with moving on from the past. Its Steve and Mishel. Mishel recently found out her husband isn’t sexually attracted to her and he keeps telling people. Like here she was trying to move on except he kept bringing it up. He brought it up again when they had lunch with his friends. Steve told them that there was a problem in the relationship and he didn’t think Mishel would have much to say because Mishel’s lost her voice. She literally lost her a voice the night before. She was struggling with talking and still managed to talk tonight because she was still hurting from what Steve told her.

Mishel had voted to Stay at the last ceremony. She voted that way because she thought there was a chance for her and Steve to move past the attraction thing and so Steve ruined it when he brought it up again. Mishel hadn’t even wanted to stay around his friends after he did that. She left and Steve had to follow her. It was always one step forward and two steps back with them. Aleks and Ivan knew what that was like because they’ve been secretly struggling ever since intimacy was brought up. They had been asked about their intimacy and they hadn’t wanted to answer because they said that area was private.

Only the truth is that they don’t really have intimacy. They get along all right and they talk to each other like a pair of old friends, but they weren’t really romantic towards each other, and finding out more about him didn’t seem to change that. Aleks found out Ivan used to be a huge car guy. Most of his friends still are car people and she was pretty dismissive of the whole thing. She didn’t bother to give it a try. She just said it wasn’t for her and so she wasn’t interested in it. She also wasn’t interested in real estate. Ivan gave up on being a car guy because he fell in love with real estate and his wife found the whole thing boring. She wasn’t interested in that either.

KC and Drew also had nothing in common. Drew had a bunch of toys at his house and, while he claimed they weren’t gifts from any women, it was super weird. KC wanted to get rid of the toys. She waited until Dew left to create a pile of his things to throw away. She would have gotten away with it too if Drew hadn’t come back and Drew refused to let her throw out his toys. He said her doing that was another red flag for him. He later agreed to get rid of some of his things. It just didn’t change the way he now views her. He views her now like he can’t trust her and if she’s doing things like throwing his toys away then maybe he has a point.

Connie and Jonethen had a great time when they met up with his friends. It was so great that Jonethen told her how good it was and unfortunately Connie is running with that now. She thinks that maybe she changed Jonethen’s mind about their relationship. She also brought up them having sex and Jonethen had to tell her that he wasn’t ready for that. He was too nice because what he should have said is that he doesn’t wish to sleep with her. He doesn’t view her in the light and she’s not going to change his mind about it.