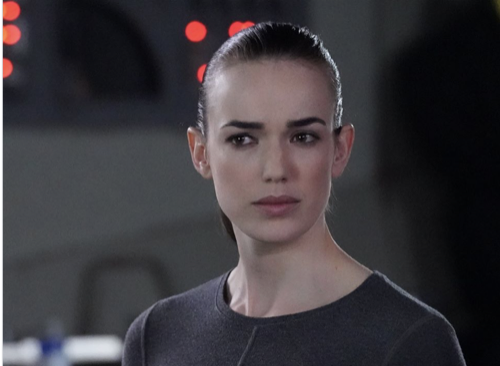 Tonight the ABC series Marvel’s Agents of S.H.I.E.L.D. premieres with an all-new Wednesday, July 22, 2020 season 7 episode 9 and we have your Marvel’s Agents of S.H.I.E.L.D. recap below. On tonight’s episode called, “After, Before,” as per the ABC synopsis, “A time storm ravages the Zephyr, propelling it toward destruction while simultaneously forcing Daisy and Coulson to relive their failed attempts to save the team over and over, until they find a solution or are swallowed by the storm.

Making it to their next destination will take trust, courage, and sacrifice from everyone on board, but it will all come down to having enough time.”

The time drive overloaded. The Zephyr was thrown into a space that existed outside of time itself and no one knew how to get out of it. Not only did they have no plan, but it was actually worse in the vortex because everyone onboard of the Zephyr could be reduced into atoms. The team needed to get out of the vortex and out of the space. They needed help and it seems some higher power was listening because Daisy woke up in her tank with a gift. She woke up with the ability to time-loop. She was experiencing the moment where they were putting out fires and where the time drive kicked up again.

Daisy tried to tell the others what was happening to her. They weren’t much help and so she turned to Coulson. She woke Coulson. She didn’t even have to explain to him what she was experiencing because he already knew and he asked her how long did it take her to realize this time. Coulson was experiencing the time loop as well. He said that they’ve been through over eighty times. He also said that Daisy died fourteen times and that there could be more than he doesn’t know about because sometimes she forgets to power him up. Coulson was the only one who remembered all the times. Sometimes Daisy forgets.

Coulson also said that she hasn’t been paying attention to how close they were in the vortex. They were getting closer and closer to becoming nonexistent. Coulson and Daisy knew they had to save the team. They also knew they couldn’t do it alone and so they kept warning everyone. They warned Simmons about it. They told her time was over for secrets and during one of their loops they learned hers. They know Simmons has a chip in her head to stop her knowing Fitz’s location. The chip was messing with Simmons’s memories as well and they needed to remove it. Simmons tried to do it on her own.

She died in a locked room. Daisy tried joining her in the next loop and she almost died in the room too. The room was being deprived of oxygen. Someone had turned it off. Daisy couldn’t have known about it beforehand and so the next time loop was going to be different. Only in the next time loop, Daisy remembers again. She had to wait until she remembered and then she woke up Coulson. Coulson filled her in again. He also told her that someone purposely killed Simmons before she could take the implant out and so they raced to tell the team. They talked about it. They couldn’t figure out who did it and their best bet was Yo-Yo.

Yo-Yo was super fast. She could take the chip out of Simmons before whoever is killing them has even come up with the idea yet and there was just one problem with getting her to do it. She was locked with the ship. Getting her out was taking too long and they didn’t have the time to spare. Coulson and Daisy next tried to figure out who could be killing Simmons. They discussed it and the only scenario they could think of is Enoch. Enoch could have been programmed to kill by both Simmons and Fitz. They would have done it to protect the chip at all costs and so Coulson and Dasiy checked their theory.

They went for the chip right in front of Enoch and it was like something took over him. Enoch grabbed Daisy by the throat. He said he had been programmed to kill anyone who threatened the chip and so Daisy knocked him out once she got the confirmation. Daisy later woke up in the next time loop. She knew they had to get to Simmons before Enoch and unfortunately they forget Enoch begins each loop by going to Simmons. They remembered in the next time loop. They sent Daniel to keep him busy. They thought that would work and it didn’t. The next time loop it was Daisy that tried to keep Enoch busy and that failed.

The next loop it was Coulson and that failed too. Coulson and Daisy even tried going to Enoch with Simmons. Only Simmons couldn’t a command to counter her early ones with the password and she didn’t know the password. Enoch killed them again. Daisy and Coulson went back with the whole team and Enoch took them all on. Enoch always won whenever they tried to go up against him. Daisy later comes up with a new plan to keep Enoch busy while they tried to get the implant out and it worked on its second try. They found out that Enoch is the key to saving their lives. They needed the mechanism that was keeping him alive and that meant he would die without it.

The team had to pose the question to Enoch. He had to decide whether or not he was going to give up his life. They asked him the next time loop. They had finally run out of time and so they told Enoch what they needed. He didn’t hesitate in handing it over to them. They took his own drive and they used it to save their lives. As for Enoch, he began ill almost right after losing his beating heart. He was dying and so Daisy and Coulson stayed with him. They were there as he talked about seeing the future. He said he saw the future of the team and he said that this would be their last mission together.

Daisy hadn’t wanted to believe him. She said this team is like her family and so Enoch’s final mercy was in letting her believe that he might be wrong.

Enoch died, but the team survived