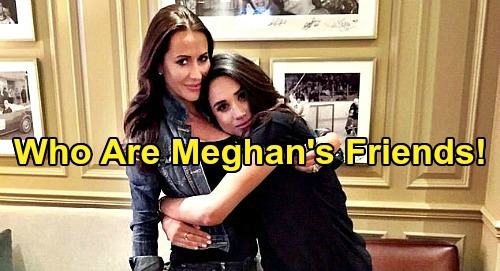 British royals news reveals that Meghan Markle is currently waiting for a British Court to make a big decision. As you might know, Meghan is suing Associated Newspapers, which publishes the Mail on Sunday. Meghan is suing the paper for copyright infringement, misuse of private information, and for violating the UK’s data protection law. Meghan says that the paper caused her emotional distress when it published portions of a private letter that she wrote to her father Thomas Markle shortly after her wedding to Prince Harry.

Well, something that will come up in the lawsuit is that five of Meghan’s friends spoke to People Magazine under the guise of anonymity. Those friends’ statements are of interest in the case, and now there’s an issue brewing about whether those friends’ names should be published or not.

Meghan has asked Britain’s High Court to block the publisher from printing the names of her five friends. The publisher is claiming that the friends’ names are already known and that they’ve been identified in the past, so there’s no real issue here.

Well, we wonder exactly why Meghan Markle is really fighting this move by the publisher. Certainly, she didn’t think that the goings-on of her lawsuit wouldn’t make the news. We should also note that these five friends will play a key role in her lawsuit against the publisher, and that they are likely to be called as witnesses in the case.

In her official statement to the Court, Meghan stated that for the publisher to “expose them [the friends] in the public domain for no reason other than clickbait and commercial gain is vicious and poses a threat to their emotional and mental well-being.” Meghan is claiming that the publisher is trying to intimidate Meghan and her friends.

But there could be another issue lurking here. As you might remember, Meghan reportedly has cut off all ties with one friend who used to be part of her inner circle – Jessica Mulroney, who is now the subject of controversy over threats she allegedly made to an African American social media influencer. Jessica received and continues to receive lots of backlash for her actions, and it’s been reported that Meghan has cut off all ties with Jessica over the incident.

We’re wondering if perhaps Jessica could be one of the five friends that previously spoke with People Magazine, and if this is part of what’s driving Meghan Markle to try to block Associated Newspapers from publishing the names of her five friends.

We should note that these five friends defended Meghan in their statements to People Magazine, and so perhaps Meghan doesn’t want Jessica’s supportive statements of her to come out now that she wants to appear separate from Jessica.

We’ll see what happens here, but the Court should make its ruling soon. It’s noteworthy that at least one legal expert has told Newsweek that Meghan will likely lose this battle, and that her friends’ names may well end up being published after all.

And it seems that since they’re going to likely testify in the case, their identities are going to come out anyway. Could Jessica Mulroney be one of those friends? Make sure to check back with us here at CDL so you don’t miss any of our British royals news and updates.