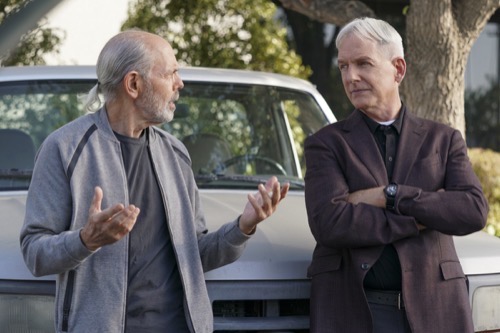 Tonight on CBS NCIS returns with an all-new Tuesday, November 17, 2020, season 18 episode 1 called, “The Arizona” and we have your weekly NCIS recap below. On tonight’s NCIS season 18 episode 1, “Sturgeon Season,” as per the CBS synopsis, “On the 18th season premiere, Gibbs and Fornell attempt to track down the leader of a drug ring who supplied drugs to Fornell’s daughter. Also, the team deals with the case of a missing cadaver from the NCIS autopsy room.”

Navy Musician First Class John Warren was murdered. His murder was made to look like a suicide and it wasn’t. He was poisoned. Therefore, the first person to claim it was suicide or that Warren was troubled would be their chief suspect. Gibbs and his teams have worked similar cases in the past and that meant Gibbs didn’t have to worry about his team. He could leave them to do the investigation while he worked his side case with Fornell. Fornell’s daughter overdosed in 2019. She almost died because she was given counterfeit opioids from Canada and so her father and her honorary uncle wanted to shut down this opioid ring.

They pretended like they were doing it for a noble cause. The truth is they were doing this because they wanted revenge for what almost happened to Emily and so that’s why the two men aren’t going to finish this until they’ve caught everyone. They first hunted down the supplier. They wanted to know who sold Emily the drugs and they found him. Fornell found him right as Warren showed up murdered. Gibbs had to decide if he should work the murder like he always has or go get revenge and he chose revenge. He assigned McGee as lead on Warren’s murder. He then made his excuses at the office and he quickly joined Fornell.

By this point in time, Emily had recovered. She joined a drug treatment program and she was on her to way be a typical young woman. Emily was finally healing after everything. She lost her mom to an assassin and she almost lost her dad as well due to his grief over her mother. Fornell hadn’t been there for Emily when she needed him the most. Emily had to take care of herself. She had to step up in all sorts of ways after her mom died. She had to be the adult and she turned to drugs to help handle the pressure of being the adult. Emily had to figure that out on her own. She has since confronted the real reasons why she turned to drugs. She’s acknowledged them and she’s ready to move on. And so it was just Fornell and Gibbs that wanted revenge.

Emily didn’t want revenge. She wasn’t spying on the people who sold her the drugs or demanding to know where the drugs came from. She knows the part she played. She’s now ready to move on and it Fornell and Gibbs that are stuck in the past. The two men followed Emily’s supplier to a pill mill. They monitored him and they saw that he had his own entrance into the pill mill. The pill mill was a doctor’s office where everyone knew they could get cheap drugs and get them fast. Fornell wanted to go in. Gibbs didn’t like it and he only reluctantly agreed. He stayed on the phone with Fornell as Fornell went in. And he overheard the moment Fornell pushed his luck.

Fornell ran into a young woman in the pill mill. She was around the same age as Emily and so Fornell began asking her questions. He wanted to know how old she was. Why she was there? He even offered to speak to her parents for her. Fornell got so involved in this stranger’s life that security was willing to throw him out because they could tell he wasn’t there for the drugs and so Gibbs went in after him. Gibbs claimed Fornell was his uncle who wasn’t all there. Fornell tried to fight him because he didn’t want to leave the girl behind and that forced Gibbs to drag Fornell out of the building.

Gibbs later told Fornell that he had to be heartless to do this job. They were either got to stop this drug ring or they were going to let emotion ruin it before they could stop anyone. Gibbs got through to Fornell. Fornell promised to keep watch over the guy they knew was directly involved. He told Gibbs that he call him if anything changes. He also promised not to make a move until Gibbs was there and so Gibbs went back to the office. He was just going to check-in. Only it turns out there’s been an incident. Palmer lost a body. He went to go check up on the body and he didn’t find it in one of his freezers.

Palmer was later telling Gibbs all about when the second incident occurred. Someone blew up Palmer’s car. Palmer was close enough to the blast to get knocked out and thankfully he was going to be okay. It was an IED attached to his car. It was supposed to go off when Palmer opened the door and it was only by chance that his car alarm set it off before then. It was a bit of a coincidence that someone stole a body right as they tried to kill the Medical Examiner and so NCIS believed the cases are connected. The body that went missing belonged to Marine Corporal Richard Darby. Darby put in for retirement not that long ago and he was going to claim disability.

It was apparently an open secret that Darby was suffering from PTSD. His unit was ambushed overseas and he hasn’t been the same since. He was becoming increasingly withdrawn. He was staying home more and then he was murdered. He was shot in his chest. His case had been assigned to NCIS Special Agent Veronica Tyler. She was still working on it when the body disappeared and someone tried to kill Palmer. Gibbs was forced to step in after Palmer was almost killed. He assigned protection to Tyler in case she was the next person on the kill list and he thought it was odd when he later heard that Tyler sent her protection away.

Gibbs also couldn’t get in touch with her. He and his team tracked Tyler back to her mother’s place and they overheard telling her mother that she needs to do this herself. Gibbs then asked her what she was talking about? He wanted to know why she handle it herself and what it was? Tyler cracked under pressure. She showed that she had Darby’s body and she admitted that she stole it because a masked man broke into her apartment and he kidnapped her daughter. Tyler had never seen the man’s face. He wore the mask the whole time and he wanted the investigation into Darby’s death to be halted.

He even threatened to kill her child if she didn’t get the body back. Tyler tried to tell him that it was too late because Palmer had already performed the autopsy and that’s when the man said that he would handle the Medical Examiner. She had no idea what he meant until she heard what happened to Palmer. Also, if he was willing to kill Palmer to keep his secret safe, Tyler knew the odds for her getting her daughter back were quite low. Tyler didn’t want to risk her child. She wanted to find the man who kidnapped her daughter and Gibbs promised to help. Gibbs and his whole team were going to help.

Gibbs called Fornell the second he had a moment alone. He told Fornell how he couldn’t help carry out surveillance because something came up at work and Fornell again promised he wouldn’t make a move against the drug dealers without Gibbs. Gibbs wasn’t sure he believed him. He started telling Fornell what would happen if Fornell made a move without him, but he was overheard. Sloane overheard him. She like the others had wondered why Gibbs had left a case earlier and so she knew it had something to do with Fornell. Sloane promised she wouldn’t say anything. She knows that if Gibbs is working a side case that he has to follow it through and so she let him be.

Gibbs returned to the Tyler kidnapping. He and the others pretended to cut off Darby’s hand and they were going to leave in a place to be picked up and that would be proof that Tyler did what she was asked. The whole team waited for the hand to be picked up. They watched a homeless man go for it and he proved to be involved in the kidnapping because he told Tyler, when she tried to stop him, that her daughter was safe for now. That was when the team realized they had him. They made a move and unfortunately, this fake homeless man made a run for it. He tried to run. He got involved in an accident and he died before they could get him medical attention.

The fake homeless man turned out to be Karl Chunk. He was one of Darby’s neighbors and Tyler had asked him a few questions about Darby when she was investigating the marine’s death. Knowing that fact, the team went to Karl’s home and they found a secret compartment. They found Jasmine Tyler hidden in this compartment. She hadn’t been hurt and she was quickly reunited with her mother. It seems that Karl Chunk had found out that Darby emptied his bank accounts. Darby had over a hundred thousand and he put it in a safe that could only be opened with his handprint.

Karl didn’t know that last part when he killed Darby, but that’s why he wanted the man’s hand and he was willing to do so much to get it.

Gibbs spent a lot of time on this case and so it’s been a while since he heard from Fornell. He later called Fornell. He asked him what’s been happening and Fornell told him that there’s been a turn in the case. The man he was watching was now dead. Fornell found him and called the cops. He also went through the dead man’s pockets. He was collecting evidence and he didn’t tell Gibbs about it. He just told Gibbs that he was going to need a few weeks to himself to follow some leads. And so Gibbs had no idea what’s been going on.