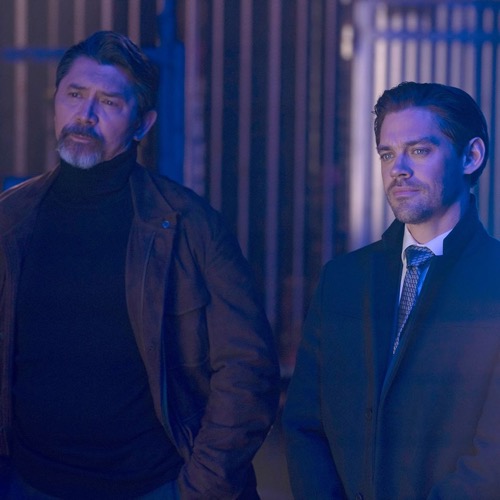 Tonight on FOX their new crime franchise Prodigal Son airs with an all-new Monday, April 20, 2020, episode and we have your Prodigal Son recap below.  On tonight’s Prodigal Son season 1 episode 19 called, “The Professionals,” as per the FOX synopsis, “After a catastrophic turn of events, Malcolm and Ainsley are convinced there’s more to Nicholas Endicott than meets the eye. Their only hope just might be an impromptu Whitly family reunion.”

Malcolm and Ainsley are waiting for their mother to come to the table at her house for a meal. Nicolas comes out of a side room looking disheveled. Malcolm is not happy. They haven’t seen their mother yet but it’s obvious he spent the night. After they talk about Nicholas and how they think he’s a little shady they move onto eve. She finally reached out to Malcolm after a couple of weeks to break up with him. Ainsley tells Malcolm to give her the details so she can help. They listen to Eve’s voicemail. Ainsley tells him that it’s clear she is done with him. She’s sorry. Malcolm gets a call from the office.

Malcolm gets there and is told by Gil that Eve is dead. It looks like she committed suicide. Malcolm is in disbelief. Malcolm rushes to see Edrisa. She is examining Eve’s body. He finds out that Eve died two weeks ago. He does not believe that she died by suicide. He has to tell Gil. Gil agrees to let him look into it.

Malcolm goes home to tell his mother who is with Nicholas. He tells his mom that it is not suicide. They head to see Malcolm‘s dad and when they arrive they find Ainsley. Martin is thrilled for the family reunion.

Ainsley shares that she uncovered information about the girl in the box, she used to work for Nicholas. Ainsley also shares that Martin got a good plea deal because of Nicholas. Malcolm tells Martin about Eve. Jessica explodes telling Martin that they are not family after he suggests they just focus on each other and leave the past in the past. Martin then decides after looking at Jessica‘s face that he will be truthful about Nicholas. It is true Nicholas got him a plea deal, he was told Nicholas is a man you never say no to. Martin and Malcolm go back-and-forth. Nicholas must’ve had somebody kill Eve. Malcolm leaves determined to take Nicholas down. Martin is hysterical. He doesn’t want Malcolm to get hurt.

Edrisa determines Eve drowned. She tells the team, Malcolm profiles the killer which she believes is Nicholas or a hired hand.

Gil heads to a local bar to meet with a career criminal he hopes to get some tips from. Malcolm sits at the other end of the bar but is quickly recognized by the man. The man shares that who they’re looking for is a female in her 30s, a hired hand who is on to her next target. They head to a busy bus station to find her after securing a tip.

At the bus station, Malcolm decides to cause a violent commotion in order to draw their hitwoman out. They find their suspect who runs. Dani takes her down.

Ainsley tries to comfort Jessica but does promise to take Nicholas down.

Malcolm comes face to face with the hitwoman. He wants to know why she did it, he knows it was a job. She reveals she didn’t kill Eve. She is with the CIA. She does share that staging suicide is tedious, you have to get close to the person.

Martin is extremely stressed about Martin, he demands the phone. He recalls back to 1999 when he first entered the prison. Nicholas was with him. He brings him to his cell. He pours them a drink. Martin lets him drink first. Nicholas tells him they will never see one another again. But first, he needs some assurances.

Ainsley is at a bar, spying on Nicholas. He confronts her. They have a drink. He tells her he can understand she may be upset because he is seeing her mother. He then promises a bigger and better career.

Malcolm is at Eve’s apartment to find clues. They find cameras implanted in the ceilings. Meanwhile, Gil arrives to check on Jessica. She tells him she is fine. They talk. She doesn’t understand why she attracts crazy men. She had a good relationship once, but she screwed it up. He tells her they both did.

Dani and Malcolm come to realize who their killer is. Meanwhile, the guard in Martin’s cell tells him he has a visitor. When he turns around to put on his restraints, the guard attempts to choke him. Just then, Malcolm and the team arrive. Malcolm sees his father being choked. Martin overpowers the guard and then pokes his eyes out for what the guard did to Eve.

Gil and Jessica laugh while sharing a drink. They have been reminiscing. He realizes he is getting too close. He has to go. He kisses her goodbye. She gets up. She regrets they never stayed together. She let him belong he wasn’t good enough but it was really here. They kiss.

Dani tells Malcolm he got the guy that killed Eve and that matters. He doesn’t think so. Nicholas will win, the killer will make a deal. Malcolm runs off. He heads to the hospital to pay a visit to the killer.

Martin and Nicholas sit at the table in 1999. Nicholas promises to ruin Martin’s family if he speaks, and makes love to Jessica if Martin crosses him.

Malcolm cannot stop seeing Eve in his office at home. He screams but stops when the team comes in with back-up. The killer is dead in the hospital and his DNA is on him. They take him in.