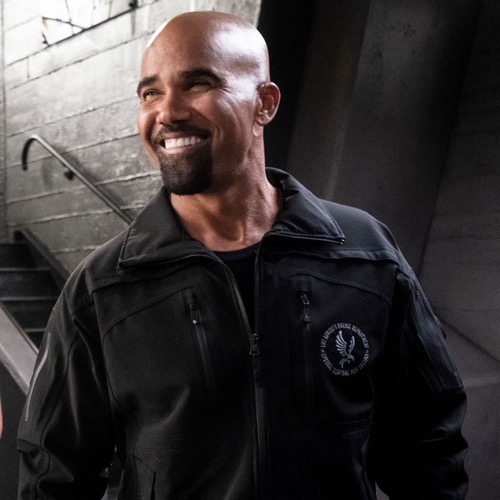 Tonight on CBS their new show S.W.A.T. inspired by the television series and feature film airs with an all-new Wednesday, April 22, 2020, episode and we have your S.W.A.T. recap below. On tonight’s S.W.A.T. season 3 episode 19 called “Vice” as per the CBS synopsis, “The SWAT team looks for an escaped convict who is planning to kill Tan and the law enforcement team who helped put him in prison several years ago. Then, Chris arrests a young man who is given a free pass.”

Alonso pulls over an out of control car. The twenty-something year old named Jacob tries to bribe her. Meanwhile, Honda and Nichelle are having a romantic dinner when Winnie, his sister, arrives unexpectedly. She stays and gets along great with Nichelle, talking over wine.

Tan and Bonnie are out to breakfast when the place is shot up. He takes out two of them with two getting away. After the increase, he heads to find a box he dropped, an engagement ring. The ring is gone.

Back at the precinct, the team gets to work and realizes that it is a meth King by the last name of Pope who was escaped from prison. Tan put him away years ago and now it looks like he’s back for revenge.

Alonso heads to the local police station and asked about the arrest of Jake up the night before. He is not in the system and has never been processed.

Esprit tells the team to go and find the Pope’s targets. Nichelle stops in to grab Hondo’s keys. They plan to go out to a red carpet event that night hosted by Othella Baker, the woman a Hondo saved who is donating $1 million to charity. He thought it was just gonna be the two of them but learns that she invited her parents and now she wants him to invite Winnie.

Hondo and Tango to visit a mechanic who is the former associate of Pope’s. After guilting him. he shares that Pope has a product still at his old math lab and that’s probably where he is.

They call in hopes girlfriend but she won’t turn. Meanwhile, Alonso goes to track down the arresting officer from the night before who is supposed to take Jacob in. He tells Alonso that the kid had his deputy mayor father come in. He had to let him go he’s only a two-year officer.

Back at the precinct, the team looks over the area where the meth lab is located. They move in on foot shortly after, surrounding the place. They pull 9 men out of the lab. Pope left earlier. They take the men in and try to find out where Pope is.

Lynch heads to a woman’s house, the former housekeeper of Pope’s. Lynch doesn’t realize that someone has broken into her house and he is sitting in wait for her.

Meanwhile, Hondo and Tan talk to Pope’s former lawyer. He shares that Pope is angry because he says that drugs are planted on him and ever since then he’s been obsessed with the task force.

Esprit tells Alonso she would be smart to drop Jacob’s case. She appreciates him being straightforward.

The team gets a call. They head to the house where Lynch is. She took the man out alone. Deacon is upset she didn’t tell anywhere where she went. She tells them the housekeeper is missing. Tan starts to realize that maybe the police put the housekeeper up to planting evidence on Pope. He wants answers to the case but Lynch isn’t willing to talk. They need to focus on finding the woman.

They learn the housekeeper became a nurse and Pope is visiting hospitals looking for her.

Hondo tells Alonso to keep fighting if she wants to stop Jacob. She has learned that this isn’t the first time for his drunk driving.

The team brings Pope’s lawyer back in. He admits he helped Pope because he threatened to kill his family. The lawyer shares he is after the nurse in Malibu. The team heads there.

Inside they clear the place and look for the nurse. The nurse locks herself in a room. They see Pope, Honda takes him out after the fight. They take him in.

Back at the precinct, Lynch swears she didn’t plant any evidence on Pope years ago. Tan reunites with Bonnie. She cannot believe he does what he does. She is proud. He proposes to her right there. She says yes.

Alonso heads to court to submit an affidavit on Jacob’s case. His lawyer is there to threaten her. She doesn’t care. Lynch pays a visit to the nurse. It seems she did lie to the team.

Hondo tells Nichelle he can’t go to the party. It was a day. His sister overhears. Nichelle leaves. Honda and Winnie talk about their parents, the division, their dad, and how he left. They need to leave it behind and not let it affect their relationships.