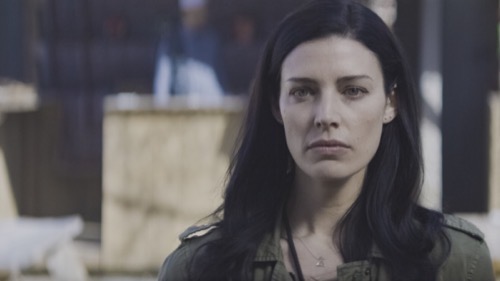 Tonight on CBS their new military drama Seal Team airs with an all-new Wednesday, December 2, 2020, episode and we have your Seal Team recap below. On tonight’s Seal Team season 4 episode 1 premiere, “God Of War” as per the CBS synopsis, “Bravo Team enters enemy territory in the snowy Spin Ghar Mountain Range to capture Al-Hazred, the leader of a terrorist group.

Son of the terrorist leader that Jason took down early in his career and made him Bravo One. When they are attacked, Jason and Cerberus, Bravo’s canine member, are separated from the team.”

Jason is running through the snow, a gun in his hand and he is hurt, blood coming from his shirt. 24 hours earlier, Romeo team and Echo team are thanked for being there. They are told the operation is called Aries, they are told who the target is, the leader of the Zahara network, Al-Hazred. Bravo’s team located one of his couriers a few weeks ago and they tracked his movements into the mountain region.

The courier’s pattern’s life tells them that their stronghold is in three possible locations, all of them are in Afghanistan’s highest peaks. Bravo, Romeo and Echo will infill into one of the suspected locations. The team who locates the camps will set up and wait for the two other teams to arrive. From there they will launch a coordinated assault. They need to strike while they have them in their crosshairs. This could be their last mission in Afghanistan.

Mandy asks Jason if hunting a man whose father he killed a decade ago phases him. He says it is another op, the tip of the spear goes where it has to.

The team all gather to chill and let loose before they go in. Some are calling family, some are looking at family photos. Ray offers Jason the computer to Skype home, but he refuses and says he is ok.

The team is ready and leave for the mission. They are up in the snow-capped mountains, Romeo is already engaged. The team is at the very top of the mountain, gunfire can be heard. The Bravo team have located the compound, Echo and Romeo are about a two-hour walk on foot away. Bravo finds it looks too quiet, but then they see something. All of a sudden, shots are fired at them, and grenades are thrown. The team is running along the mountain top to get to cover. Cerberus runs out, Jason tries to calm him and ends up getting Knocked down by a grenade.

Jason got blown off the mountain, Sonny tells the team there is no chance they are leaving without him. Ray says that is his brother down there too but he would want them to win the fight first, and that is what they are going to do. Echo’s team has been notified of Bravo’s situation. Jason’s helm is off, so they can’t track him. Eric calls Romeo and tells them that Bravo is troops in contact, they need to hurry, they are moving as fast as they can. Eric knows that it wasn’t an easy call for Ray to make. Meanwhile, we see Jason, he is hurt after falling, but he is alive.

Jason is thinking back to when he killed the leader’s father, his son was in a closet and watched the whole thing go down. Ray contacts Jason on the radio, he tells him that he is ok but Cerberus is not with him.

Thankfully Jason still has fun with him, he gets on foot and starts to walk. More gunshots can be heard, Jason is trying his best to keep going on foot but he falls down, men are getting closer to him, Jason sees Cerberus attacking a man who keeps swirling him around like a rag doll, Cerberus gets loose, Jason kills the man and picks up an injured Cerberus. Jason promises Cerberus that he is going to get him out of there.

Jason has Cerberus on his shoulders, he is on foot, the two are covered with blood. Jason sits down for a bit to rest, well he actually lays down. Eric has Jason’s location from the tracker on Cerberus. There are a dozen fighters heading towards Jason, Eric tells the rest of Bravo to go help him. Ray and the team hurry, there is not much time. Jason keeps telling Cerberus that he is going to be ok. Jason keeps thinking back to losing one of his best teammates and friend.

A fighter approaches Cerberus, Jason knew they were coming and attack the two, then he is on his feet again with Cerberus on his back. Halfway walking, halfway crawling, Jason is moving upwards on the snow-filled mountain. Jason lays down, Cerberus beside him, he closes his eyes for a rest. He hears fighters, he unclips his gun and is ready, but tells Cerberus that this is not good.