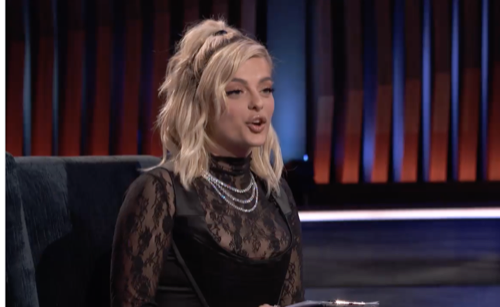 Tonight on NBC their popular reality show Songland airs with an all-new Monday, June 1, 2020 episode and we have your Songland recap below for you. On tonight’s Songland season 2 episode 8 “Bebe Rexha,” as per the TLC Synopsis “Multi-platinum, Grammy-nominated pop singer/songwriter, Bebe Rexha, comes to “Songland” to hear unknown songwriters pitch their original material.

Three of the most successful and sought-after writer-producers in music, Ryan Tedder, Ester Dean and Shane McAnally, produce the songwriters to creatively adapt their songs to perfectly fit the superstar artist. One song is chosen to be recorded by the guest recording artist and released for a global audience.”

So make sure to tune in tonight between 10 PM – 11 PM ET for our Songland recap.  While you wait for our recap make sure to check out all our television spoilers, news, recaps, and more, here!

Greg Scott is from Chico, CA, his wife told him that he should pursue his dream of songwriting. He is a huge fan of Bebe, and he thinks this song could work for her. And, he hopes his wife and children are proud of him. He will be singing his song, “Miracle,” which is all about not giving up.

Bebe: “I would x the melodies and start with that. The hook was great.” Shane: “There is a problem with the song, the verse didn’t feel current.” Shane takes out his guitar and they dissect the song. Greg leaves the stage and hears Bebe take the mic and sing his song.

Alyssa Newton is from Las Cruces, NM. She has dreamed of doing this her whole life. The title of her song is, “Made For Something.” She says it is all about having a purpose and being able to walk it off.

Anna Graceman is from Juneau, AK. She has been playing piano sing she was six, singing since she was four. The song that she wrote is, “Gold” and she knows that if Bebe sang it, she would kill it.

Bebe: “The melodies on the verse, I loved, it felt good to me. The hook didn’t give me that punch, you kind of lost me there.” Shane: “What if it was like, you can push me down but.,” Ester wants to hear this song with something grimier.

Josh Vida is from Covina, CA. His song is called, “Crazy Enough.” The song is about loving someone that you willing to do anything for.

Bebe: “That song was dope. I think it needs to be a bit quicker. When I listen to a song, it is all about the feel.” Ryan: “I liked the melody. This was awesome.” Shane: “I liked the lines, they sounded universal.”

Shane tells Bebe that she heard four songs, and she is going to have to cut it down. Greg returns to the stage, Bebe tells him that he is made it to the next level, but the verses have to be rewritten. Bebe tells Alyssa that her song is not for her. Anna will be going to the studio, and so will Josh.

Anna and Shane are in the studio, he reminds her of the things that Bebe said. Anna knows that she needs to nail the hook and get Bebe to connect with it.

Josh and Ester are going over his song, she loves the melodies and thinks it has a strong hook. Now, she wants to give him what the song needs. She wants to pump up this song, make it a motivational song, take out all the negative.

Greg and Ryan are in their studio session, the big issue with this song is getting the production right without making it cliché. Greg likes the changes, he wants the chorus to shine and loves what Ryan is suggesting.

Anna’s song has changed from “Gold,” to “Bones”. Bebe loves it and says that song would push her to go faster and be stronger.

Josh’s song has changed from “Crazy Enough,” to “Sideline.” Bebe says it feels current, young, and fresh – so fun.

Greg is singing his song, Miracle. Bebe loved that chorus, she says it was ridiculous and he killed it.

Bebe has made her decision, she calls the three back into the room. She says that what she is going to do has never happened on the show before, there are going to be two winners. The two songs that she loves so much and is going to combine are Bones and Miracle. It was just too hard for Bebe to pick one over the other. They have never combined songs before on Songland. Bebe is thrilled about what happened, combining the two shows. It is the ultimate collaboration.