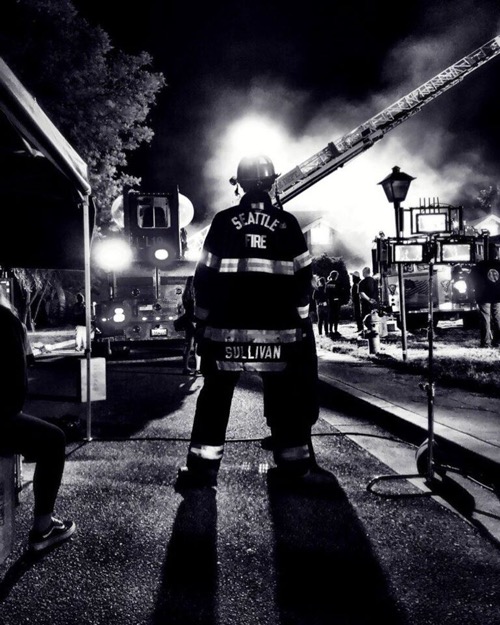 Tonight on ABC Station 19 returns with an all-new Thursday, January 30, 2019, season 3 episode 2 called, “Indoor Fireworks” and we have your Station 19 recap below.  On tonight’s Station 19 Episode 2 recap as per the ABC synopsis, “The new Seattle fire chief is introduced to Station 19 and leaves the crew skeptical after his visit. Later, the firefighters are called to a department store fire caused by exploding fireworks, which triggers painful memories from Ben’s past and inspires him to pursue a new endeavor.

Maya advocates for herself and her career, while Jack becomes more intertwined with an acquaintance; and Andy and Ryan have a heart-to-heart.”

There was a new Fire Chief in town. Fire Chief Dixon was hired by the council to lead Seattle Fire into a new tomorrow and he seems to believe that requires publicity. He wants to use firefighters in a new public stance. He says he wants Seattle to like them again and so he was really interested in Station 19 because it had three women on board. He thought that was the PR dream come true! He also liked that Maya was an Olympian. He wants to use that to generate some goodwill and he thought to do the same with Andy.

Only Andy wasn’t at the station today. Andy was at home because that’s where she was ordered to stay and she had Sullivan to thank for that. Her captain wanted her out of the way because they couldn’t work together anymore. They became romantically involved with her captain and things didn’t end well between them. They were forced to break up before they could even be together. They both agreed they couldn’t be together because it would ruin their prospects with Seattle Fire, but it was hard for either of them to let it go and so Andy became resentful.

Andy started to make snide comments. She would flaunt her disrespect in her captain’s face and she blamed him for them not being together. She became so unbearable that he had to put her on leave. Andy was back at home when suddenly someone knocked at her door. It was Ryan. Ryan was back in town and he wanted to check in with her. Andy thought her father had sent him except that wasn’t the case. Ryan was back of his own accord and he wanted to check in with her. The two were just talking when they overheard her neighbor call out for help.

Her neighbor has accidentally cut herself on a wine bottle. She was bleeding pretty badly and it was scaring her children. This neighbor didn’t have life insurance. She couldn’t afford to get an ambulance and so Andy had Ryan call her father. Pruitt was working with a private ambulance company. He could keep the woman’s case off the books and still get her to the hospital. Ryan was a little surprised that he had to make the call, but he did so and Pruitt later arrived to help. He took the neighbor to the hospital and Andy and Ryan agreed to stay behind to watch the kids.

While they were there, Ryan asked Andy why it was so weird between her and her father. Andy didn’t go in too much explanation. She said they haven’t been talking for a while and she wanted to leave it there. Except Ryan still had a few questions. Ryan was pushing Andy to get answers while her station was being called out to a fire. Station 19 was called to a department store after someone left out fireworks and it created a massive fire. At certain of this fire were two kids. The kids stole the fireworks from one of their older brothers and then dared each other to set it off.

Ben knows what its like to when comes to dares at that age. He got in trouble himself by following a dare and so he wanted to help the boys. One of the kids got in time while the other was still inside. Ben went back into building for the second kid and he ignored orders to turn around. He was set on finding the second boy. He even thought about what he would have done if it was him and so that helped get to the kid first. He found badly wounded. Ben had had to carry him out of there and he saved the kid’s life.

The whole station did great today. The new Fire Chief was so proud that he went on television and told the world “look, how well we’re doing”. If Dixon could have taken full credit, he would have. The team watched him on the news as they grabbed drinks at the bar and most of them laughed at him. Sullivan didn’t go back to the bar. He chose to work out and so did Maya. Maya had wanted a chance to talk to Sullivan alone. She told him that she knew he was up for Battalion Chief and she said she wants to be the next captain of Station 19.

Maya said Andy and Jack were too emotional. They let everything get between them and their goals. Maya wasn’t like that. Hell, Maya broke up with Jack when they had a good thing going because she was thinking about her career and she didn’t want to let anything get in the way. Maya was even willing to sell out her friends to get what she wanted. She also wasn’t the only one willing to gossip. The rest of the station was gossiping about Sullivan and Andy because they literally all knew about it.

Jack wasn’t there because he was off sleeping with a fellow firefighter’s wife. Which didn’t realize t the time, but he eventually figured it out and so Maya might have been right about him being sloppy. She was also right about Andy getting in trouble because of her emotions. Andy was so busy telling Ryan about what happened with her dad as well as Sullivan that both she and Ryan forgot to watch the neighbor’s little boy. The little boy found his mommy’s gun and he tried playing with it. He was so set on playing with it that he shot Ryan. And so now Ryan’s life hangs in the balance.