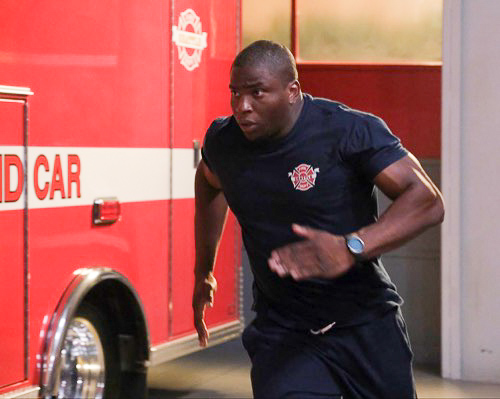 Tonight on ABC Station 19 returns with an all-new Thursday, February 13, 2019, season 3 episode 4 called, “House Where Nobody Lives” and we have your Station 19 recap below.  On tonight’s Station 19 Season 3 Episode 4 recap as per the ABC synopsis, “Ben and Jack mollify a group of homeless foster and biological siblings so they can help save a life, triggering memories from Jack’s past.

Meanwhile, Maya pushes the team too hard and struggles to bring them together; and Pruitt threatens to take drastic action when refused a request.”

Tonight’s Station 19 season 3 episode 4 looks like it is going to be great and you won’t want to miss it.   While you’re waiting for our recap make sure to check out all our TV recaps, news, spoilers & more, right here!

Jack is sleeping with the wife of another firefighter. He knew he was courting trouble by doing so and still, he didn’t want to stop because he didn’t really love himself enough to care. Jack was using her like she was using him. He needed someone to help forget and he wanted to forget Maya. Maya and Jack were dating. They liked each other and their relationship was great. They were happy until Maya let her ambition get in the way. She broke up with him and she even denounced their relationship as a fling because she was trying to downplay what they had as she went after a promotion.

To make things worse, she even got the promotion. Maya was promoted to captain and Jack dreaded having to work for her. He knew that Maya put herself as well as her own career over relationships and so he didn’t want to be caught in her path. Jack also knew like the rest of them that the job should have gone to Andy. Andy was a lieutenant for a lot longer than Maya. She should have gotten captain before her friend and so the team knew the race wasn’t fair. They all tried to support Andy in their own ways and they also tried staying on Maya’s good side.

She was their new captain after all. Maya was bringing in some radical changes and she wanted everyone to follow them. Her first change is the ambulance route. She wants the ambulance “patrolling” high-risk areas and the rest of the firefighters had to take part in a group workout. She pushed them into doing grueling work for ninety minutes. She said it was part of the group moment and so she got upset when Miller missed out. To be fair, he had just found out his ex is pregnant. His ex was celibate before she called him to hook up and so Miller was the father.

Miller was going to be a father. He didn’t have long to wait because his ex had withheld the information until the very last moment and so she was due any minute now. Miller had needed time to take that information. He was later to work because of it and so Maya had wanted to make a point about joint workouts. She told the team that they would have to work again because Miller finally arrived. This got the others to become upset with Miller and some were even upset with Maya.

Andy chose not to work out again. She did her ninety minutes and she wasn’t going to do more just because Maya has something to prove. Maya was trying to turn the station into the Olympics. She was putting their weight upon boards along with workout times. She also made it into a competition and so she was forgetting they were firefighters. They needed to have each other’s backs out in the field. They couldn’t do that if they were competing against each other all the time and it turns out Maya was all about the publicity anyway.

Maya wanted whatever the new Fire Chief wanted. Fire Chief Dixon had Jack and Ben take the ambulance to high-risk areas and once they found issues they could assist with – suddenly camera crews were turning up. The cameras took pictures of the boys in action and they had even known their names. It was clear the news crew was called on purpose. It was also clear that Dixon was behind it because after he got his photos he then called the police and the police came into the homeless encampment telling them they needed to disburse.

Dixon was a former cop. He was never firefighter and so he shouldn’t have been promoted to Fire Chief. He wouldn’t even give Pruitt worker’s comp for the man’s cancer. They both knew he developed cancer on the job and so Pruitt’s cancer treatments should have been covered. They weren’t. He had to sell his house to cover his medical bills the last time he had cancer and so he was going to need genuine help to battle cancer this time around. Pruitt had tried to tell Dixon that and Dixon didn’t get it.

Dixon was still a cop underneath it all. Its why he called Seattle PD once he was finished using the homeless for a photo-op and so it was up to Jack to pick up the pieces. He was treating a homeless teenager. The teenager was the oldest of a group of homeless kids and so Jack had to save the kid’s life as well as keep the kids together. He took the oldest boy to the hospital. He also asked Ben to talk to his wife Bailey because Bailey needed to tell Social Services that the children were family and that they needed to stay together.

Its what Jack would have wanted when something similar happened to him and his foster siblings. Their parents had died in a house fire. They were then all separated and they never saw each other again. Jack hated remembering what happened to his family. He tried throwing himself back into his illicit relationship with another man’s wife and he also tried giving Miller advice about fatherhood. He told Miller to be kind. His own dad was strict but kind and so he told Miller that all he had to be was kind.

Jack also spoke with Andy. He told her that he missed working for her dad and talking to him helped calm her down. Andy was just so sick of men thinking they knew what she could handle. She had earned the job as captain and she was passed over because Sullivan didn’t think she could handle it. Andy also couldn’t understand why her friend would take a job she didn’t earn. Maya did just that and Andy didn’t get it. She later decided to move out because she couldn’t deal living with Maya and so she and Jack considered moving in together.

He needed a place to belong and they both needed to move on from their current situation.