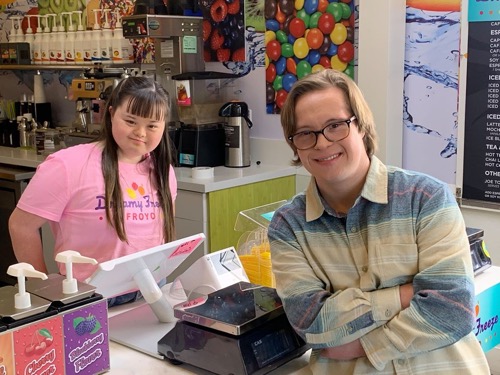 Tonight on ABC their drama Stumptown based on the graphic novel airs with an all-new Wednesday, March 4, 2020 season 1 episode 16 called, “All Quiet On The Dextern Front,”and we have your Stumptown recap below. On tonight’s Stumptown season 1 episode 16 as per the ABC synopsis, “Dex takes on a new case helping a mother who has lost custody of her children, which triggers parallels to her time in Afghanistan.

After memories of Afghanistan reemerge, Dex spirals and must face the reasons behind Benny’s death. Back at The Bad Alibi, Grey and Tookie coach Ansel on how to ask a girl out on a date.”

The drive home had been a long one. Dex and Grey had needed to rest. They stopped over at a motel for the night and the place only had the one bed left. The friends took it because they were desperate to sleep. They also didn’t think sharing a bed would be all that bad and at first, it wasn’t. It didn’t become awkward until they watched bad porn together. They started watching it as sort of a joke. It was fine at first and then it led to this moment in which they consider sleeping together although they later decided not to.

Grey went back to the bar. Dex meanwhile had a new client. Dex’s client came to her because of Jeremy. Jeremy was the kid who had needed Dex’s help in finding his biological parents and she had done that for him. She reconnected with his family. He now has cousins and one of those cousins was in trouble. His cousin Aimee needed Dex’x help. Aimee has accused of a violent crime and the state thought that was enough to take her two kids away. Her daughters Sara and Olive were both gone.

Aimee wanted them back. She was willing to do anything to make that possible and that meant taking a chance on Dex. Dex didn’t seem like the most legit private investigator. She works out of a bar and so Aimee questioned her skillset. Aimee was so unsure of her that Dex should have spoken up. It normally would have done and she didn’t do it this time because Aimee’s case was reminding her of the past. Dex has this thing with kids. She was a soldier and she was once commanded to do horrible things. Like removing a woman’s two children to get her to talk.

Dex struggles with those memories. She ran out of the bar in the middle of her meeting with Aimee and she started drinking. Dex was such a mess that she later recked her house. She was out of control and her guilt was getting to her. Dex was tearing up her home when Grey found her. He wanted to check her and he saw what state she was in. He asked her about. He wanted to see if she was okay and she told him that shame/guilt was getting to her. Dex never forgot what she did to Hajira.

Hajira was a noncombatant. She wasn’t that much of a risk and Dex went after her anyway because she had been ordered to. Dex regrets what she did. Its why she started drinking and its why she later sobered up. Dex wanted to make things right. She went to Jeremy and she apologized for bailing on his cousin as she did. She also wanted to ask him about Aimee. Aimee was being accused of attacking a man. Dex wanted to know if Jeremy thought she did it and he told her that Aimee was innocent.

Dex then spoke with Aimee. Aimee was an alcoholic and she was in the program. She got into after an earlier issue with the cops. She was now on probation and they were accused of breaking it with this assault charge. Aimee needed help. She told Dex she was bartending on the night she was accused of the crime and she couldn’t give her alibi because it was a violation of her probation. Aimee told Dex all the details. Dex knew the best way to provide Aimee an alibi without going into the details was to find someone who remembered her as their bartender.

Aimee bartended at this illegal gambling den. She gave Dex the name of the winner and Dex checked up with this Cameron Dorsey. She found her at a college campus. She tried to get Cameron and Cameron said she was pretty wasted. She couldn’t recall most of the night. She did remember though that people were posting videos online and so Dex went looking. She had later found footage of Aimee at the gambling den. She took to the police and ADA said that wasn’t enough. The footage was thirteen minutes before the accused crime took place.

The ADA believed that Aimee left her well-paying job to put on hooker heels within a span of thirteen minutes. There was nothing Dex could say to convince this woman differently and so Dex gave up. She started drinking again. She was later found by Jeremy this time and he asked her to keep fighting. Dex was the only one that could reunite Aimee with her children. Jeremy knew that Dex was stuck in her own head and so he was there as she talked out. She told him how the thing with Hajira.

Dex had refused an order to torture Hajira. She instead sent Marines in on Hajira’s report and it killed them. Dex’s superior had been right about Hajira all along. Dex struggles with her decision costed her and she was still struggling with it as Hoffman did her a favor. He looked into Aimee’s case. He tracked down the victim and he found DNA from the actual prostitute that attacked the man. It led to the real perp being found. The cops even found out the prostitute was the one that called in a tip about Aimee.

Aimee and this woman both attend the same AA meetings. The cops had needed something to bring their case together against this woman and so Dex helped. She spoke to the other woman. She convinced her to do the right thing and she did. The prostitute turned herself in. This, in turn, helped Aimee and Aimee was going to get her kids back. Aimee was happy. Jeremy was happy. Dex was happy. Dex and Jeremy later talked about what she told him and he offered to reach out to a friend in intelligence to help bring her closure. And Dex asked him not to do it.

She knows what happened back then. Dex is now trying to live with it rather than ignore it and she doesn’t want to look back. Dex’s issues were legendary. Grey was talking about them with Tookie and he said he didn’t want to go after her because he didn’t want to deal with her ghosts. He was fine with being friends. He and Tookie helped Ansel to ask out a girl and now he has his first date coming up. The guys were happy for him. Ansel deserves to find love. The girl he asked out had Down Syndrome as well. She’ll understand as no one else can.

Dex meanwhile decided to finally confront what she did. She took a risk and it got Benny killed. Dex went to Sue Lynn’s. She wanted to tell her what happened with Benny and she did. She told her that her failure to torture a woman was what led to Benny’s death. She thought Sue Lynn would hate her once she found out and Sue Lynn couldn’t do that. She doesn’t blame Dex. She admires her. Sue Lynn helped give Dex the closure she needed and the good news kept coming. Dex later learned her brother Ansel was moving back.

He completed his list. He also heard how Dex needed him and so he was moving back in. Dex was happy at home when Jeremy knocked on her door. Jeremy told her something was off. He said there was an official investigation into what happened with Benny and that there was more to the story that people were hiding.

And so now Dex has another mystery.