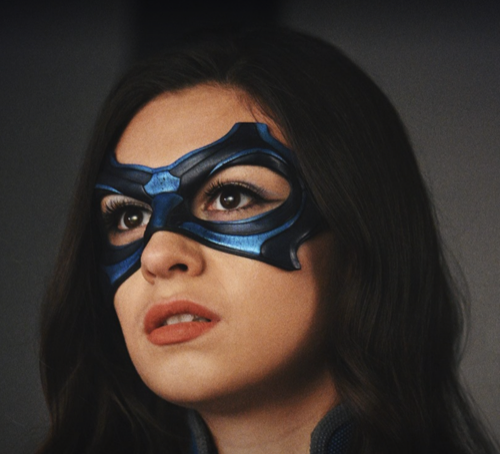 Tonight on the CW the series Supergirl airs with an all-new Sunday, May 17, 2020, season 5 episode 19 finale and we have your Supergirl recap below. In tonight’s episode called, “Immortal Kombat,”  season 5 episode 19 as per the CW synopsis, “Supergirl realizes that in order to stop Lex and Leviathan she must work with the one person she never thought she’d trust again.

Lena. Nia keeps dreaming about Brainy but struggles with what the dreams are trying to tell her. Meanwhile, Brainy realizes there is only one way to stop Lex.”

Lex arrives at leviathan. Once he enters he is in pain until they give him a pin to where that will combat the shields. He is ready to get right down to business with a plan to take out Supergirl.

Lena has come to visit Cara. Alex and the team arrive with guns ready. Cara has to tell them to back down. Lena is here to tell them about Lex and the leviathan. They talk about a plan to get Kara to Lena’s lab so that she can create an anti-kryptonite suit. J’onn poses as Supergirl while the others act as decoys to get Kara to the lab. Before they go Alex shows off her new suit, sending Kara into screams of excitement.

Lex leaves Leviathan and meets with Brainy. Granny wants to know where their ship is but Lexes and sharing the information just yet. Meanwhile, the team runs into some trouble while Lena gets Kara to the lab safely.

Alex arrives to tell Kara and Lena that Rama Khan was out there with two other benders. J’onn was hurt. Kara feels awful. Alex tells her to stay focused on the suit and she will take care of the rest with Kelly.

One of the leviathans powerful, Gemma meets with Alex so we can talk about how they plan to in the world. Meanwhile, Brainy is thinking about entering the ship and shrinking the guards and then placing them in stasis. He could die doing it but he’s prepared for that.

Lex sends out a broadcast to have residents join obsidian where they can be the truest of themselves. Meanwhile, Alex tells Kelly that she’s nervous about fighting the gods. She has never felt so human.

Lena and Kara talk about why Kara kept her identity a secret and how Lena also hurt her. Lena can’t stop apologizing. Kara says that she cannot give her absolution. She’s leaving the lab now and she doesn’t care if her suit is ready.

Supergirl saves William in a warehouse after Eve holds him at gunpoint. She shoots him in the chest. Supergirl shows up. Lena arrives to help. Rama Khan and his gang show up to fight Supergirl. She fights them but is quickly given help when the team shows up. The enemy suddenly disappears and they’re not sure why but they need to get out of the warehouse and fast.

Brainy makes his way into a leviathan. Rama Khan and his team arrive but they do not see Brainy. Meanwhile, Supergirl and the team are trying to come up with a new game plan. Eve is on their side and feeds them intel. Lex and the leviathan plan to take down the world at a unity fest where all the residents will be turned into obsidian. Supergirl and the team make plans to get a message out to the public and persuade them not to attend the fest.

Supergirl enters the virtual world obsidian while Brainy tries to follow through on his mission. Alex in the team meet up with the enemy in a parking lot while Gemma and Lex find out that Supergirl has entered the virtual world. Desperate, they go to Andrea to use her as a weapon against Supergirl. They tell her she needs to kill Supergirl or her company will collapse.

Kara tries to reason with users in obsidian but they don’t want to leave. Alex and the others continue to fight. Andrea shows up at the lab to kill Supergirl who is still in Obsidian. Lena is protecting her body and tries to talk Andrea down well Supergirl talks to obsidian users.

Andrea crumbles and is unable to hurt Lena to get to Supergirl. Supergirl is successful in getting the users to log off while Brainy struggles to finish his mission fighting the pain but he ultimately is successful. After he falls to the ground. Lex comes in to find Gemma dying in front of him and knows he is losing the battle.

Supergirl and the team celebrate after. Leviathan has disappeared. Lex tracks down Brainy who is weak. He steals the canister holding the gods and tells Brainy he is going to kill Supergirl himself. Dreamer sees all of this.

Supergirl and Lena finally make-up. They agree to take out Lex.

Lex brings his mother the canister containing the gods.