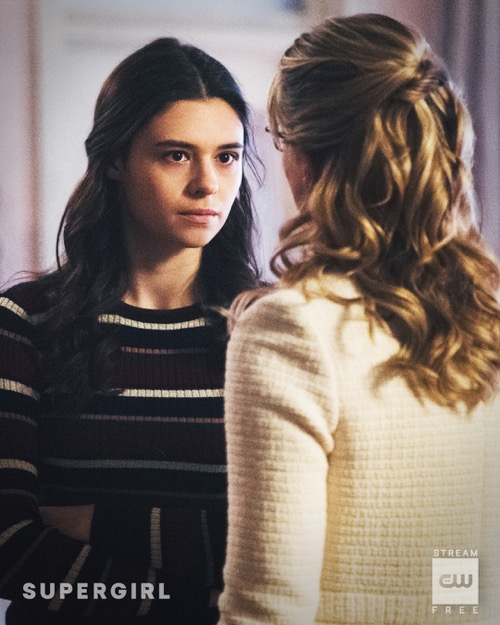 Tonight on the CW the series Supergirl airs with an all-new Sunday, March 15, 2020, season 5 episode 14 and we have your Supergirl recap below. In tonight’s episode called, “Reality Bytes”  season 5 episode 14 as per the CW synopsis, “Nia’s roommate gets attack by someone who is after Dreamer; Dreamer puts herself in danger to confront the man; Alex, J’onn and Kelly try to rescue someone who is stuck in a VR escape room.”

Kara shoots pool with a friend. In the morning, Nia and her friend talk to the police. Kara arrives. Nia is angry and plans to take care of it. Kara pleads to let her and the police take care of it. Nia will give it a few hours and then she is taking control.

Martian is helping Alex train. She is on a mission to take down Lex, especially now that she doesn’t work for the DOE. A friend who needs help interrupts them. A man named Trevor is missing. He was last seen in virtual Las Vegas.

Kara calls Brainy about Dreamer. She needs to track down the man who targeted his friend.

Alex visits virtual Las Vegas. She walks for a while through parties and more until she comes to a room with people in water tanks. She begins to panic. She breaks the tanks and releases the two men. They tell her that Trevor was last seen going out the door. They show her.

After seeing what her friend Yvette has been dreaming about, Nia urges Angus to come and get her.

Martian visits a woman who knows Trevor and likes to use virtual escape rooms. It seems she has been having an affair with him. Kelly reports this back to Alex who continues to look for him. She enters a room and loses Kelly.

Kara is at the paper when she has to make an excuse she has to leave to help the team as supergirl. Nia continues to urge Angus to come for her while Brainy tries to help the situation with Yvette and the trans community.

Alex tracks down Trevor. He can’t move, stuck in place. Richard shows up. They fight. Martian shows up soon after to help fight.

Dreamer arrives to find Angus in an alley. He thinks she is a poor role model. She doesn’t care. They begin to fight when Supergirl arrives to stop Dreamer. They need to turn him in, do the right thing. Dreamer stops and agrees.

Kara comes to see Nia. She is crying. She is not okay, she is overwhelmed. She had a dream flash before Yvette was attacked and she couldn’t interpret it. Kara consoles her.

Kelly and Alex sit and talk about the virtual world and how people are abusing it. Meanwhile, Yvette is taking her profile offline. Nia tells her not to give up and not to let the bullies win.

Brainy turns over some helpful information to the police. The officer is shocked for the help. Alex’s mom calls. She rushes to Kara. They found their dad. He is dead.