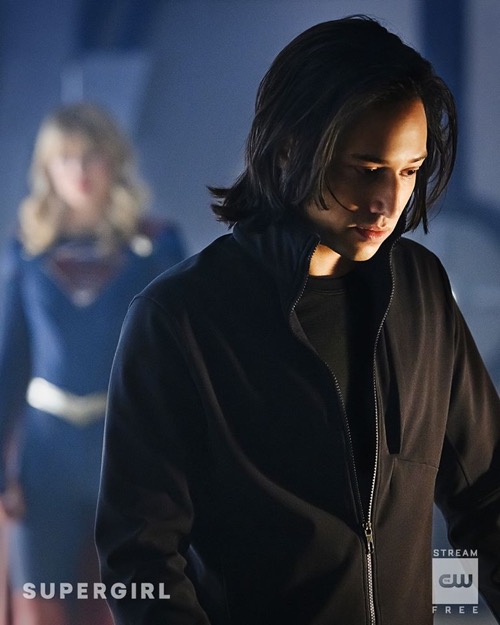 Tonight on the CW the series Supergirl airs with an all-new Sunday, January 19, 2020, season 5 episode 10 and we have your Supergirl recap below. On tonight’s episode called, “The Bottle Episode” as per the CW synopsis, “The subsequent complications from the Crisis leave Supergirl to face a chaotic threat.”

There were some repercussions in solving the crisis in the multi-verse. The worlds collided and a new world order came to be. In this new world, Lex and his sister were philanthropic billionaires who wanted to save the world. Lex even gave his little sister back her memories. She now knows what happened with the crisis. She even remembers killing him and so the only reason Lex gave her memories back was that he wanted something. He wanted her to work with him in taking over the Earth. She tried to tell him that it wasn’t going to work. She even reminded him that the last time he had been used as a pawn by Leviathan and so he asked who or what was Leviathan.

It turns out Lex didn’t remember everything. He didn’t remember the alien species that’s been around since the biblical ages and so Lena passed on teaming up with him. She also later informed Kara that she did remember everything. Kara had gone to her because she wanted Lena to remember and so she was a little too late in saving the day. Lex beat her to it. Lena now has all the data she needs to pick a side and she wanted to choose herself again. Lena has her own plans she wants to pursue. Her brother, on the other hand, has the means of using the DEO to find Leviathan and that’s exactly what he did.

Lex called Kara and Alex into his office because he wanted to ask them about Leviathan. They ended up telling him how they didn’t have any new leads and they walked away in disgust rather than be around him. This new world was confusing. They had to work with Lex Luthor now and its not like they can warn people about him. If they told too many people, their current reality might collapse from underneath him. The women had to keep what happened with Lex to themselves and while they were at it they also had a new mystery with Brainy. Brainy and every version from him that was in the Mult-verse had come to this one Earth.

It seems all the Brainiac- 5(s) had been in Al’s bar when their respective world collapsed. So, they were safe along with whoever was in the bar at the time and that Kryptonian Witches were even there. These witches were harmless. They kept trying to give palm-readings and so there was nothing like the other witches that tried to turn Earth into Krypton. Then there was Kara and Alex’s Brainy. He was the only one wearing inhibitors. It was stopping him from understanding as fast as the other Brainy(s) and so one of them confronted Brainy. They told him they didn’t need inhibitors to be their best self and that they had rich and fulfilling lives without holding themselves back.

It gave Brainy something to think about. The Brainy(s) were all in trouble because one of them had been targeted and so Nia thought she was helping by introducing herself to the other Brainy(s). Only the one she met had attacked her. That Brainy had bottled his world to save everyone and he was killing anyone that stood in his way of getting his world back. He tried to attack Nia. Nia fought back and Brainy ran off with his bottled world. It seems actually quite difficult to unbottled the world. It could lead to a situation that destroys both worlds as a side-effect and so the real Brainy thought again about his inhibitors.

He thinks that without them he would have known what the other Brainy was planning, but his inhibitors came with a story. He first received them when he was a young boy. He had taken a vacation with his family and he had loved seeing the snow so much that his mother bottled the planet for it. Brainy had loved having a planet. It was his father that released those people and his father put the inhibitors on him because he had been afraid of Brainy. Afraid of what he might do if he was left to his own devices. Brainy, in the current atmosphere, has never forgotten that moment and that’s why he’s scared about living his life without his inhibitors.

Brainy thought himself to be dangerous. He was scared of what life might be like if he trusted himself again and yet he had to go without those three dots if he was going to stop the other Brainy. The other Brainy had turned to the witches to help unbottled his Earth. He was too focused on what he lost to accept the Earth as it is now and so the real Brainy took off his inhibitors. He knew his logic needed to be flawless and it was only by knowing everything that he was able to convince this other version of himself to not unbottled his earth. Brainy instead bottled his other self and the witches. And he was going to release them the moment they figured out the best way to protect everyone.

The other Brainy(s) eventually decided to give up their human forms. They were going to live in the Big Brain and so now there really is one Brainy left. Brainy also received one last message from the female version of himself. She warned him that Lex was looking for Leviathan and that Leviathan is still around. She then suggested that he work with Lex to remove the bigger threat and that nothing was more important than that. And so Brainy broke up with Nia because he thought that was the right thing to do and he approached Lex as a potential business partner.

Meanwhile, William told Kara that he suspected the Luthors were into something nefarious, but she tried to tell him that it was just Lex that was the problem and boy was she wrong!