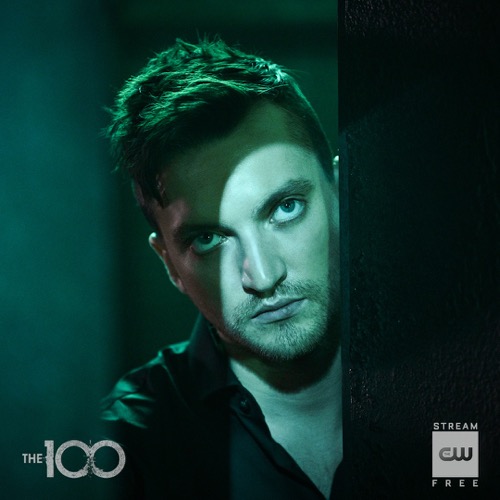 Tonight the CW series The 100  airs with a Wednesday, June 3, 2020 season 7 episode 3 and we have your The 100 recap below. On tonight’s episode called, “False Gods,” as per the CW synopsis, “As Raven faces an unexpected threat, Clarke must keep the peace among opposing factions in Sanctum.”

Raven is off duty with others watching the power grid. James has trouble with a reactor. He and his girlfriend’s head into the room to fix it. Their skin begins to burn as they scream in pain.

Gaia checks on Clarke. She is outside holding her mother’s ring. Today, Russell will pay for his sins. Clarke buries the ring in the ground before heading to make preparations for Russell.

Indra and Clarke visit Russell. He will be executed at sunset. He chooses to die by fire. Meanwhile, in the tavern, some of Russell’s followers do not want to stand by. They plan. To try. and save him.

Raven gets word there is a power problem and heads to the power station. The alarm is going off. They see James and his girlfriend dead inside near the core. If they don’t fix this issue, the temperature of the core will continue to rise and they will all die.

Jordan pays Russell a visit and tells him he needs to talk to his people. Raven meets with Clarke, Indra, and the others. She tells them about the core and how someone needs to fix it. They divvy out jobs to everyone. It is a dangerous job.

Indra speaks to its people. They want to hear from the commander. Gaia reveals they no longer have a commander. They all get angry and walk out. Indra is mad that Gaia was honest.

Raven seeks out Hatch from another group. She needs their skills. Hatch agrees for Joe Juice. His girlfriend doesn’t agree. Meanwhile, Jordan tells Clarke and the others about Russell’s people’s plan to attack.

They agree to let Russell talk to his people. Indra threatens if he gets out of line she will kill him.

Raven tells everybody what they need to do. They begin the repairs. Emori heads in. She only has so much time. John counts down the clock to her. She makes it out in time and showers off.

Clarke and Indra allow Russell to speak to his people. A member from another group shoots Russell. His people attack the gunman while the others get. Russell out of there.

The welders working on the core are having trouble. The temperatures are still rising. Emori gets sick. Too much radiation. John gets sick. It looks like there is more radiation leaking then she thought. They realize the welders are going to die and Raven doesn’t want to tell them. John goes in to help. Raven is mad.

Just as the temperatures go down, Hatch dies. Raven feels terrible. Shortly after, Hatch’s girlfriend discovers he is dead and attacks Raven. They have to restrain her.

Clarke tries to comfort Gaia who is upset about telling the people about Madi. Clarke is equally upset. All they do is fight. Meanwhile, it appears Russell’s people planned the shooting.