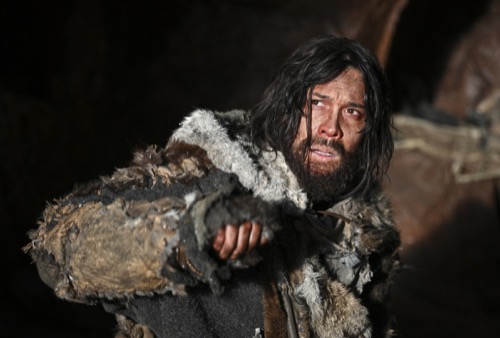 Tonight the CW series The 100  airs with an all-new Wednesday, August 12, 2020 season 7 episode 11 and we have your The 100 recap below. On tonight’s The 100 season 7 episode 11 called, “A Little Sacrifice,” as per the CW synopsis, “The question on everyone’s mind is where in the universe is Bellamy Blake”

Levitt arrives to extract the mind of one of the team when he sees a memory showing him that Bellamy is actually alive. Meanwhile, Bellamy arrives on the planet Etherea alongside one of the disciples. They fight with the man meeting death.

Bellamy walks through the woods, looking around. He travels through a cave, finding the same disciple who didn’t die after all. They fight again until Bellamy proposes they work togetherness to get off the planet. The man agrees. Bellamy helps straighten his leg as he screams in pain. That night, they sit by the fire while Bellamy cleanses the man with sap from a tree.

For days Bellamy and the disciple walk through the woods, looking and talking, trying to find their way off the planet. They make their way up a small rock wall as they talk about the Shepard, the story of a legend believed by Anders and the other disciples who are believed to have traveled to Etherea.

Time has passed, Bellamy and the disciple continue to walk through snow as they continue to make their way higher into the mountains. Bellamy wants to keep going while the disciple wants to stop walking. As Bellamy continues, chanting that he isn’t afraid, he falls and is covered by the snow, passing out. The disciple comes upon him and drags him to shelter.

Bellamy comes to and looks around. While the disciple attempts to make a fire, Bellamy feels worthwhile seeing a table. On it is a picture of Bill and his family. Light comes from a nearby tunnel.