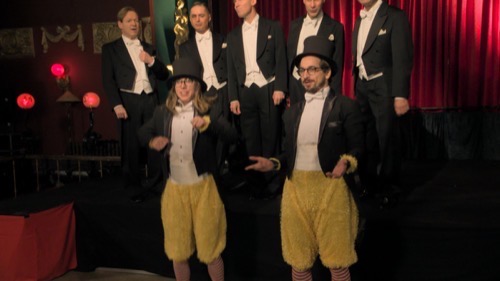 Tonight the CBS series The Amazing Race airs with an all-new Wednesday, November 18, 2020, season 32 episode 6 and we have your The Amazing Race recap below. In tonight’s season, 32 episode 6 called, “You Don’t Strike Me As A Renaissance Man” as per the CBS synopsis, “Teams reach new heights in Berlin, Germany as they walk face-first down the exterior of a building for nearly 200 feet.”

Riley & Maddison are the first teams to depart, they have to travel by train to the capital city of Germany, Berlin. Teams will find their next clue near the Berlin wall in a symbolic suitcase. The Mine Five Alliance is still in place, they are helping each other out in every leg of the race. The train station has just opened and six teams are there. Everyone is on the same train to Berlin.

Berlin, Germany, the teams arrive and start running for a taxi to bring them to the East Side Gallery. Teams have found the suitcase and their next clue. Teams will have to drive a Trabant, an automobile produced from 1957 to 1990 by former East Germany, and make their way to Teledisko. Teams are not having an easy time getting the cards started.

When it comes to nightlife, Berlin has it all, Teledisko, where you can get your own disco ball, smoke machine and strobe lights. A 3-minute mini-disco that will cost you only four Euros. This is where teams will Get In The Groove for their next clue. Once teams are finished dancing, they receive a photo with their next clue, they must head to Andel’s Hotel where they will encounter a Yield.

Eswar & Arparna, Leo & Alana are having a hard time finding the Teledisko. Meanwhile, Kaylynn & Haley are still having a hard time driving the Trabant. Will & James are having problems with the Trabant, the clutch is out. They decide to get out of the Trabant and run. DeAngelo & Gary are in the first place right now, they get there next clue, it’s a Road Block, “who wants to feel the wind in their hair?” This will give teams a chance to drop into Berlin when they do face forward propel from the top of a 180-foot hotel. But when they plunge to the ground, they will need to unscramble some letters on a building to solve a word puzzle.

There are fifteen flights of stairs and teams have to walk up to them before they can propel. Hung & Chee unscrambled the letters and finished the Road Block in one try and get their next clue, they must choose between BELT IT OUT or BELCH IT OUT. In BELT IT OUT they will listen to the Berlin Comedic Harmonist singing an old classic, “I wish I were a chicken,” Teams must sell their performance of the song to receive their next clue. In BELCH IT OUT teams will learn a sequence of beer yoga poses and teach them to a class to get their next clue.

DeAngelo and Gary do the yoga and surprisingly they do very well. Teams must then head to Neukolln, the Pit Stop for this leg of the race. Hung & Chee do very well and they are headed to the Pit Stop as well. Will & James have decided to do the chicken song, and are on their second attempt. Meanwhile, Haley is on her third attempt at unscrambling the words while she propels down the hotel building. Riley & Madison finish the yoga after their second attempt. Will & James finish their singing after two attempts.

Gary and Deangelo are team number one at the Pit Stop and win $7500.00 each, the Mine Five Alliance really helped them. Riley & Maddison are team number two, Hung & Chee team number three. Will & James are team number four. Eswar & Arpana in fifth place, Leo & Alana in sixth place. Kaylynn & Haley are in the last place, but this is a non-elimination leg and they are still in the race.