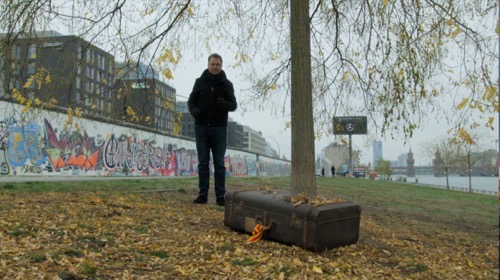 Tonight the CBS series The Amazing Race airs with an all-new Wednesday, November 18, 2020, season 32 episode 7 and we have your The Amazing Race recap below. In tonight’s season, 32 episode 7 called, “Give Me A Beard Bump” as per the CBS synopsis, “The teams travel to Almaty, Kazakhstan, where they face the cold weather while improving a choreographed fight scene and decorating a yurt.”

Teams must fly 3500 miles to Kazakhstan and after touching down, they must make their way to Kazakhfilm Studio, the number one movie studio in central Asia and teams will choose a Detour. Hung & Chee are having second thoughts about DeAngelo & Gary who have never really helped them in the race. All teams are on the same flight, but Kaylynn & Haley have a Speed Bump ahead for arriving in the last place during the last leg.

Teams land in Almaty, Kazakhstan, and look for taxis. All teams arrive at the movie studio and see a man on a horse, with his back on fire, he drops a bag with their next clue. In Great Khan’s Spy, after watching an action sequence teams must correctly answer some questions about what they witnessed, it is all in the details, to get their next clue. In Knock, Out Guy teams must learn a choreographed routine, if they can hit their marks they can drop a vase for their next clue.

Having arrived last in the previous leg, Kaylynn & Haley must now complete the Speed Bump by applying prosthetic bears to each other. When the makeup artist is happy with their work, they will get their next clue.

Riley & Maddison have finished the Detour and now have to head to remote Nomad Village in the Karasay District, there is a Yield ahead. DeAngelo & Gary start arguing at the Knock Out Guy Detour because Gary is taking a little longer studying the actions. Kaylynn & Haley are finished their Speed Bump and are with the other teams, they are doing Great Khan’s Spy. Hung & Chee are finished Great Khan’s Spy and get their next clue.

DeAngelo & Gary are still arguing, they try the Detour and Gary is a little slower, causing them to have to try again. Will & James finish Knock Out Guy and are headed to the remote village, they are in third place right now. Eswar & Aparna are in fifth place, Kaylynn & Haley are in fifth place. Leo & Alana are having a hard time, they keep giving the wrong answers in Great Khan’s Spy.

In the remote village, in There’s No Place Like Yurt, teams must choose a camel laden with possessions, lead it to an empty Yurt and then arrange the items inside as shown in the example, including a local delicacy, cooked lamb’s head.

Leo & Alana are really having a hard time, they still can’t answer the questions correctly and Alana is crying.

Will & James, Riley & Madison tell Kaylynn & Haley to yield Leo & Alana, the task is long with the Yurt’s and it is every team for themselves, they do it, Leo & Alana are yielded. The lamb’s heads are not included with the supplies on the camel, teams must figure out that they have to go get it from a woman who is cooking it.

DeAngelo & Gary can’t find the lamb’s head, as Hung & Chee are leaving they ask them where to find it, and Hung points in the direction. Then she asks herself, why did I do that.

Will & James finally find the clue in the meat market, they must head to First President Park, the Pit Stop for this leg of the race, the last team to check-in will be eliminated.