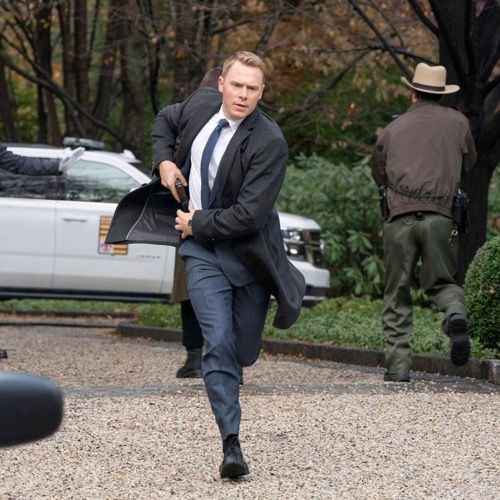 Tonight on NBC their hit drama The Blacklist starring James Spader airs with an all-new Friday, March 20, 2020, episode and we have your The Blacklist recap below. On tonight’s The Blacklist Season 7 episode 11 Spring Premiere called, “Victoria Fenberg”,  as per the NBC synopsis, “With the help of the Task Force, Red tracks a gifted art forger who has thwarted his plans to sell stolen pieces. Aram’s love life becomes increasingly complicated. Liz and Ressler confide in each other.”

The Blacklist opens tonight with Red, Teddy and other friends are all surrounded by Dembe for his birthday, Red buys a scarf for Dembe that he loves. Just then, Dembe gets a call from Mr. Orville, who gives the phone to Red, who finds out that he has a potential buyer for the nesting casket, the whole set. The team is gathering, everyone is to bring their caskets to the island, spend the weekend, meet the buyer and come alone. No extensions. Red hangs up the phone, he tells Dembe that he is going with him.

In Artemivsk, Ukraine, We see Dembe walking and pulling a horse with something loaded on the back of it. Once he is let into a compound, Red gets out of hiding, he was the load on the back of the horse. Red gets his casket out of his safe, the man who was watching the area for him tries to lock Red and Dembe in the vault room, but they manage to get the door open. He tells them that rebels were already there looking for Red and they took Oksana. As the rebels return, Dembe and Red leave quietly on horseback.

Next, Dembe and Redhead to see Cynthia and Red asks her to appraise the casket before the sale. Cynthia is excited, she says she has heard rumors and she didn’t dare believe them. Red tells her that he is in a hurry. Cynthia tells her that his casket is fake. Red turns to Dembe and asks him if there was any sign in the vault of a break-in, Dembe says no. Red says the whole thing is a hoax. Red thanks Cynthia for her expertise, she says better luck next time. Red tells Dembe if they can find the counterfeiter, they mind finding the real set of six caskets for themselves.
Aram is in bed with Mrs. Elodie Radcliff, her bed when she hears an alarm go off. She runs downstairs to find her husband on the floor in the entrance, he is in cardiac arrest.

Red calls Keen and asks her what she knows about antique nesting caskets. He goes on to say that he and his colleagues obtained them years ago. She asks him if the woman from Paris was her mother. He says her mother is gone. He goes on to talk about the caskets, he says he is giving her the tip of an enormous iceberg. Keen brings the subject to the task force.

Reddington and his pals lifted the caskets from the Olympian gallery, he thinks if the person was able to forge one piece of art there, they forged many more.

The task force goes undercover and finds out that there are other pieces at the gallery that are forged.

We see a woman named Victoria, she is the one who forges the pieces, there is a smoke alarm in the gallery that goes off and she lifts a Faberge Egg and replaces it with a fake, and almost gets caught, but doesn’t.

Red is enjoying a martini, waiting for a man named Coburn. The man doesn’t know what Red wants, but when Red mentions art theft, the man sits down to speak with him. Red tells him that the FBI is aware that the painting was a forge. Red tells him that he wants the name of the person who stole the true painting.

Aram tells Liz what happened to Elodie’s husband. Ressler walks in and tells them they have footage from the museum. It turns out that a car exploded in the garage and that is what caused the smoke alarms to go off. They have the licence plate of the car and are going to trace it.

Victoria has her buyer for the egg, he offers 900k, she says she will take 1.2 million. The buyer agrees, Vitarus, who is working with her, is not happy about her accepting such a low amount when the egg is worth over 3 million.

The task force finds an address that belonged to the license plate, it belongs to Vitarus. Keen calls Ressler and tells him they have motive, a class-action lawsuit filed against Fenberg Pharmaceutical for misleading the FDA and the public on how addictive their drugs are. Vitarus’ son got addicted and overdosed a year later.

Cooper tells Keen and Aram to head to the Fenberg family estate to tell them that their museum is being frauded. When the family arrives at the door, Victoria is there, she is Victoria Fenberg. Aram tells them they should authentic everything. Mr. Fenberg tells him to find Vitarus, he is going to make him pay for what he did.

Victoria goes to see Vitarus, she tells him to forget about the case, the FBI is going to authenticate everything, they have to stop. Vitarus looks desperate, he says he doesn’t want to stop.

Aram calls Elodie, her husband went without oxygen for a while, but he is going to be ok. Although, she was thinking it would probably be best if Charles just past.

Red goes to a buyer of the art, Anthony, the man is in the bathtub. Red threatens to electrocute him if he doesn’t give him the name of the counterfeiter. He gives up Victoria Fenberg.

Keen calls Victoria and tells her that they are on the way because they are worried that Vitarus is on the loose. Victoria calls VItarus and tells her the plan goes forward, they are going to swap one of the paintings in her home for a fake, she agrees.

Keen arrives at the house and there are movers outside, she notices Vitarus, he notices her and grabs a gun from one of the security people. Keen talks him into letting the gun go, they cuff him and take him in. In the meantime, Victoria still went ahead with switching the painting.

Victoria goes to see Anthony sell her painting and Red is there. He asks her if she is the one that forged the casket, and she says yes. He asks her for the name of the person and says he doesn’t plan on giving her up. Victoria gives him the name, Red goes to see the woman and swaps the caskets when she goes to get him a glass of water.

Victoria goes to see Vitarus, Ressler catches her. He tells her that they haven’t found the person who switched the art, and he thinks she did it. She tells him not to be ridiculous, and they are through. He tells her that he will be in touch.

Aram goes to see Eloise and tells her that she is amazing. Then he tells her that he wants to break up, they have to. Eloise says she doesn’t understand. He says they trespass, they break the law. His point is that making love in a rocket ship is one thing, but hoping your husband dies, there is nothing amazing about that. She tells him that her husband is on a ventilator. The two end up in bed again.