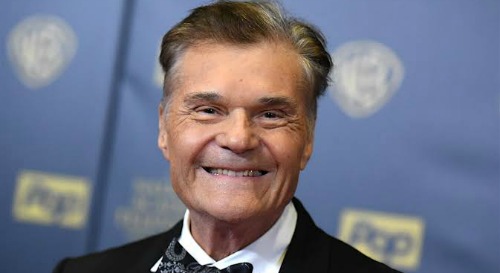 Willard, who was 86 years old when he recently died of natural causes, appeared as Eric Forrester’s (John McCook) brother, John Forrester, in 2014 and 2015. The celebrated character actor earned the 2015 Daytime Emmy Award as the Outstanding Special Guest Performer in a Drama Series.

While Willard’s time on the show was brief, Eric’s older brother has a lasting legacy in this fictional version of Los Angeles, California. As devoted fans recall, John Forrester was married at one time to Maggie Forrester (Barbara Crampton). They had a daughter, Jessica Forrester (Maitland Ward).

John was also married to Claire Forrester (no actor was ever cast for this role). They had a daughter, Ivy Forrester (Ivy Brewer).

Willard’s first role came in 1966, when he played Ben in the television show Pistols n Petticoats. He went on to appear in scores of TV series and movies through the decades.

Some of the series and movies (from the 1960’s through the 1990’s) that he appeared in were: Get Smart, Love American Style, The Tonight Show Starring Johnny Carson, The Bob Newhart Show, Laverne and Shirley, Silver Streak, the cult show Fernwood 2 Night, This Is Spinal Tap, The Love Boat, Fame, Murder She Wrote, The Golden Girls, and Married With Children, Murphy Brown, Family Matters, Waiting For Guffman, Roseanne, Diagnosis Murder, The Simpsons, Mad About You, and Austin Powers – The Spy Who Shagged Me.

Some of the movies and series he appeared in from 2000 through present day were: Best In Show, The Hughleys, Ally McBeal, Family Guy, That 70’s Show, Anchorman – The Legend of Ron Burgundy, The Drew Carey Show, Saturday Night Live, Everybody Loves Raymond, The Tonight Show with Jay Leno, King of the Hill, WALL-e, Everybody Hates Chris, Wizards of Waverly Place, Funny or Die Presents, Hot In Cleveland, The Odd Couple, Jimmy Kimmel Live!, The Loud House, and Modern Family.

Few entertainers ever achieve the sustained success that Willard did during his brilliant career.

John’s younger brother, Eric, will surely miss him. Willard’s character was last known to have been in Europe and hasn’t been seen in recent years.

Here’s hoping that B&B writes some form of tribute to John into the show upon its return. Willard deserves it and his castmates would surely be up for honoring their irreplaceable colleague in that fashion.