The Bold and the Beautiful Spoilers: Liam & Steffy’s Wedding Blast from the Past – B&B Announces Flashback Friday COVID-19 Plan

BY Heather Hughes on April 2, 2020 | Comments: one comment
Related : Soap Opera, Spoiler, Television, The Bold and the Beautiful 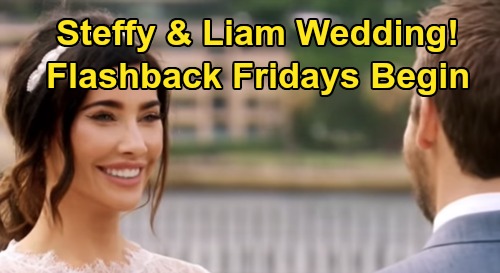 The Bold and the Beautiful (B&B) spoilers tease that the CBS soap will do something a little different on Friday, April 3. Most B&B fans have heard about the show’s shutdown by now. Due to the coronavirus aka COVID-19, production has been suspended. There’s no news on when the cast and crew will be able to get back in the studio for filming, but safety and controlling the pandemic have to be the priority.

Of course, that means The Bold and the Beautiful will run short on episodes if they keep showing new ones every day. B&B viewers don’t want them to run out! Soap ratings are actually on the rise since everyone’s stuck at home watching TV, so it’s a good idea to keep episodes on the air each week – at least as long as they can.

General Hospital already revealed plans for “Flashback Fridays,” which will involve showing a classic episode each Friday to make the new shows stretch. The Young and the Restless has a similar plan for encore shows. Now The Bold and the Beautiful is joining the list – and they’ve announced the first change in their schedule. 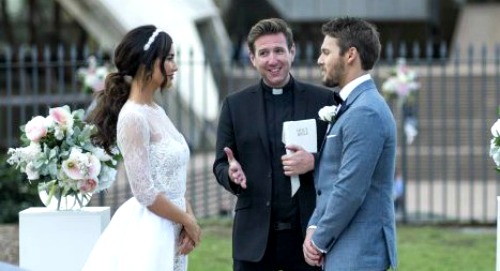 That brings us to Friday, April 3. B&B will bump the episode they normally would’ve aired to Monday, so Friday’s episode will bring a trip down memory lane. If you’re a “Steam” fan or just love a good soap wedding, you’ll definitely want to tune in.

According to Soap Opera Digest, B&B will take us back to Steffy and Liam’s gorgeous wedding in Australia. That episode also marked the show’s 30th anniversary in 2017, so it’s easy to see why they selected it as their first flashback pick.

B&B will likely continue this trend of flashback episodes on Fridays. It’s a great way to make episodes last longer as the cast and crew wait to resume production. We’ll give you updates as other details become available on future flashback shows.

What classic B&B episodes would you like to see re-aired? Are there any special shows that stand out as ones you want to watch again? Stick with CDL for sizzling Bold and the Beautiful spoilers, updates and news.