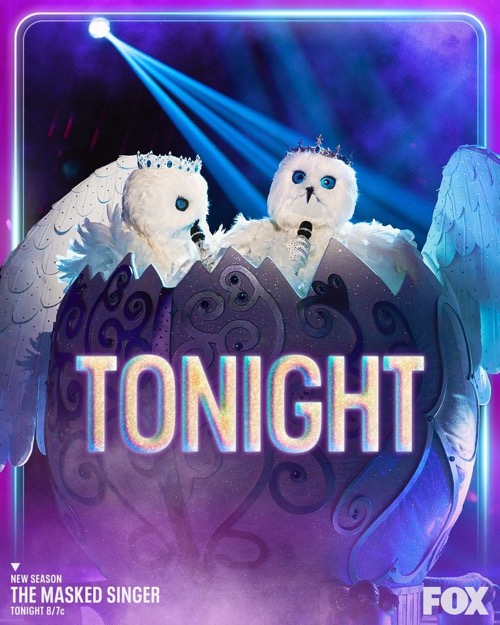 Tonight on FOX The Masked Singer airs with an all-new Wednesday, September 23, 2020, Season 4 Episode 1 premiere and we have your The Masked Singer recap below. On tonight’s The Masked Singer season, 4 episodes 1 called “CThe Masks Return,” as per the FOX synopsis, “Fourth season premiere. Featuring contestants who combined have sold more than 281 million records worldwide, appeared in more than 5,475 episodes of television and 151 films, appeared in five Super Bowls, have four stars on the Hollywood Walk of Fame, and one of Time Magazine’s 100 Most Influential People.”

Nick Cannon takes the stage to open season four on a new set. This season will feature 16 masked singers. Getting right down to business, the first singer hits the stage, The Sun.

The Sun gives the panel clues into her possible identity, sharing that she was once very famous very fast and then disappeared. She then sings ‘Cuz I Love You.’ The panel loves her voice. They write down their guesses to be added to a top-secret vault. Nicole thinks Kat McPhee. Jenny thinks Demi Lovato while Ken thinks it is Madonna.

Next up, the Giraffe will sing. He has the tallest costume in the show. He sings the Black Eyed Peas. After, Nick questions the Giraffe. He shares a few clues; he is happy he doesn’t have to focus on his vocals. Ken tries to work out the clues, rambling. The Giraffe starts to lay down and take a nap. They all laugh. Jenny thinks it is Travis Barker. Robin thinks it is Vanilla Ice.

It’s on to singer three, Popcorn. She built a career around love. She sings a song from Pink. After, Popcorn shares she wants to kiss Nick. Jenny thinks it could be Tina Turner. Ken thinks it is Carol Baskin. Nicole thinks it could be Mary J. Blige.

The Dragon comes out to the stage to say hello. He gives a few clues; he was dangerous at first until he was tipped off how to cool down. He sings LL Cool J. The panel goes crazy at his gruff voice. Jenny thinks that was hot. Nicole feels like his voice is very familiar. They all write down their guesses. They want Nick to write down his guess too. Jenny thinks it might bee DMX. The panel also thinks it may be Busta Rhymes. Ken makes a joke that it is Michael Phelps.

Now for the first time, two singers, the snowy owls. The two duet in front of a very exciting panel and audience. Nicole knows the male’s voice. Robin loves their voices. Robin thinks it is Vince Gill and Amy Grant. Jenny thinks it Donny and Marie. Ken thinks it is Eugene and Kathryn O’Hara.

It is time for the audience to choose their favorite of the night. The singer with the lead amount of votes is The Dragon. The rest will move on. Nick reads off the guesses before the Dragon reveals who it is. Jenny thought DMX and Adrien Peterson while Ken thinks Marshawn Lynch and Michael Phelps. Nicole thinks Busta. Robin thought the same. The dragon reveals himself to be – Busta Rhymes! Everyone goes crazy.