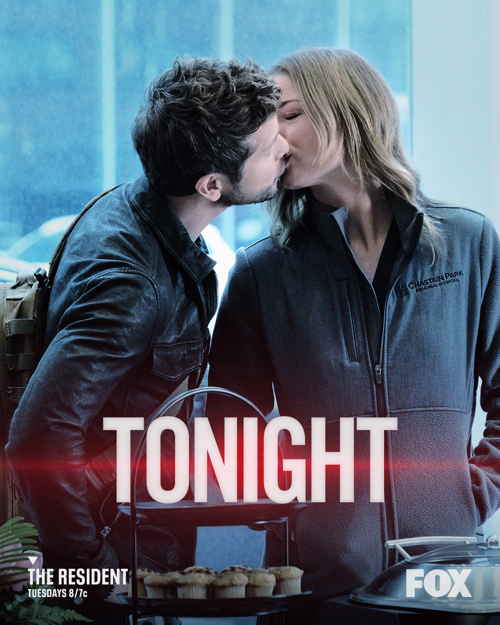 Tonight on FOX their new medical drama The Resident airs with an all-new Tuesday, February 18, 2020, episode and we have your The Resident recap below.  On tonight’s The Resident season 3 episode 16, “Last Shot”  as per the FOX synopsis, “When Red Rock finally opens the doors to its new neurosurgery center and Nic is forced to work alongside Cain again, she, along with the rest of the staff, discover that the center is not everything that was promised.

Mina and The Raptor work together with a new surgeon on a heart transplant that has an unexpected result. Meanwhile, after becoming personally involved, Bell asks Conrad to re-examine the three patients who may have been poisoned.”

The Resident season 3 episode 16 airs at 8 PM – 9 PM ET on FOX. Make sure to bookmark this spot and come back for our The Resident recap! While you wait for the recap make sure to check out all our television recaps, news, spoilers & more!

Dr. Cain is opening his new institute with a big speech. Meanwhile, some of the other docs and nurses are complaining about this and that. Hawkins gives Nicolette a kiss and tells her to be a go-getter.

Nicole’s first patient is a little girl with a brain tumor. Dr. Cain is scheduled to do her surgery Nicolette is all about scrubbing in and making sure there aren’t any mistakes.

Dr. Okafor and Dr. Austin introduce Torres to this grumpy professor that is getting a heart transplant later that day.

Dr. Bell meanwhile is doing a show hawking his supplements. After he is done he finds out one of the patients that they thought was poisoned from it has died. Bell wants to delay shipments until he is sure it won’t kill anyone else. He hustles his staff into the car so he can go check on the other patients who were also poisoned.

Back at the hospital, Bell calls Hawkins and they start trying to figure things out. Bell wants Hawkins to make sure it isn’t his supplement that isn’t causing it. Hawkins tells him if it is his supplement the won’t keep it quiet.

Dr. Cain and Nicolette are telling the little girl about her surgery. She is scared and Nicolette tells her she will be there. Dr. Cain does not look happy. He says they are sure they can work out something.

Okafor and Austin find out the heart transplant patient is running a fever it hits 104 it’s a no go.

Hawkins gets another doctor to help him tell the other patients who took the supplement that another one died so they ask them to feel out paperwork and stick around so they can monitor them.

Okafor and Austin tell the professor that they can’t do the transplant on him. The kid next to him that he can’t stand will be getting the heart.

Hawkins finds one of the supplements patients unconscious on the hospital room floor. Hawkins yells for help and starts chest compressions. They get him stable and on a ventilator. The other two patients are ok. They let Bell no it could still be his supplement. Hawkins still wants to look at other causes. Bell tells him more patients have come up poisoned. A man tries to corner him as he enters the elevator.

The professor is upset the kid is getting the heart as they take him away.

Nicolette corners Cain about pushing the surgeries because of the trouble they are having at the institute ( no meds… building is cold and so on) Cain refuses and tells her that he will see her in the O.R.

Nicolette is with Lucy before they wheel her away she talks to her foster mom.

Over with the heart transplant, Austin and Torres are chit-chatting as they scrub in.

Bell tells his staff they need to think about a recall. Andrea panics and leaves. Tracy? suggest that he blame Andrea for it all.

Nicolette wants to map it out but Cain shows up and takes over. Heart transplant went well. Okafor tells the professor he is back on the list. He says it’s too late.

Hawkins is being pressured by Bell. Bell tells him a story and then thanks him for trying to help him out of the mess he is in.

Lucy’s temperature is rising. Nicolette is trying to distract her. They don’t have the meds they need to give her. Nicolette rushes out to look in another operating room for them. They tell Cain he needs to stop but he keeps going. Nicolette finds her the meds. Lucy is ok. She keeps singing as Nicolette asked her to.

Hawkins decides it’s safe to send the other supplement patients home and then realizes something.

Bell heads into a meeting room. Hawkins is checking for a rash on one of the patients and finds it.

Bell hands the room of people a statement.

Hawkins rushes in and tells them it was pesticides that caused it and not his supplements.

Bell goes to see Pierce. Apparently he left his coat at his show earlier in the day. Pierce wants Bell to take his place when he retires. They go back and forth for a bit. Pierce tells him to think about it.

Austin and Okafor go to check on the Professor. They tell him someone in Arron’s family will be picking up his stuff. The Professor wants to buy the pictures he drew.

Nicolette goes to check on Lucy who seems to be doing ok.

Nicolette chases down Cain to argue with him. She tries to talk since he shuts her down with a nasty remark and walks away.

Okafor makes a date with Torres much to his shock.

Nicolette, Hawkins, and Raj have pizza night in his office at the hospital.