The Walking Dead World Beyond Recap 11/01/20: Season 1 Episode 5 “Madman Across The Water” 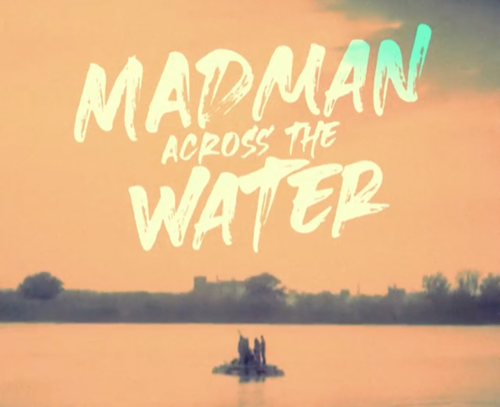 The group is still walking, they believe the strongest force in the world is nature. It’s dark, they make camp for the night. Felix calls Elton over to help him with something, he shows him a map and tells him that he has to convince the others to head back home. Felix says their last chance is the Mississippi and he needs him, the others care about him and will listen to him.

The next day, they continue to are their path. They are 10 miles from Daiquiritown. They have arrives at the river, there use to be a bridge, but it looks like it is half blown out of the water. Felix is walking alone with Huck, he tells her that Elton is on board. She says she is thinking of plan B, separating, one goes with the girls, and one with the boys.

There are no working boats, Iris suggests they make one on their own; Elton thinks it is a bit precarious. Hope says there is a nearby warehouse, they can go look and see if they can find supplies to make one. Inside the warehouse, Elton starts to think back to his childhood. His father speaks to him about meteors in space, his mother looks on and she is pregnant. His mother calls him over to feel his little sister in her belly. He tells his mother that he is naming his new sister Esmerelda.

Fast forward to the present, the group has found a lot of supplies to make a boat; they get to work.

Huck and Felix got to the side and whisper about leaving and Hope overhears and Elton is in on it. Hope immediately goes to Elton and asks him if he is working behind their backs. She is telling him off when Felix and Huck come beside her. Elton admits he was speaking to them. Felix tells her that they don’t even know if their father is alive. Iris puts a stop to the arguing and shouting, she tells them that if they don’t work together, they are not going to cross the river.

Felix tries to approach Hope, he tells her that he knows she is mad. She says she thought she was going to get a brother when her father took him in, and she didn’t. She blames him for not stopping her father from leaving and tells him he is who he is and it is time for her to grow up. She walks away.
Elton and Silas go to get some nail polish bottles from the warehouse, they need something that is flammable.

There is a storm coming, Felix and Iris have headed off to find tinder to get the engines going. She tells him that she is not mad at him, just disappointed. She asks him if he thinks her dad is safe, he says yes. He tells her that he was the one that was supposed to go with her dad, but Will took his place so he could stay behind and take care of her and her sister. More thunder, Felix tells her they should go. Meanwhile, Silas and Elton are emptying nail polish bottles. Elton thinks back to his childhood again, he and his father are in his office. They hear screams and people banging at the door. His father tells him to hide in a box, he is going to go find a way for them to get home safely. Back to the present, a lightning bolt hits a pole, then a building, and a bunch of empties come spilling out of the building.

Elton and John have the pails full of nail polish, they are running towards the boat, Elton trips and drops one pail. Felix and Iris are back, they tell Huck that Empties are on the way. Iris pours the nail polish into the engine and it ignites. All of a sudden, the empties are getting closer. Felix runs towards them with some fishing line and ties it from one tree to another hoping to stop them from coming forward. The fishing line manages to hold them while Elton crawls under the makeshift boat to fix the problem with the engine. Because Elton’s father left him in the box when he was little, he is claustrophobic and finds it a challenge to go under the boat. Elton is out, the problem is fixed. Iris encourages the group to get the boat in the water as the empties have now passed through the fishing line. They manage to get into the water safely, they are safe from the empties.

They arrive on land, Huck heads off alone; she tells the group she is going to go a day or two ahead and scout, she will be back in 48 hours and until then, they are in good hands, meaning Felix. With a campfire burning, the group warms their hands. Elton thinks back again to his family and that last day that he spent with his parents. Then we see him come out of the box to find his father dead and bloodied. Elton heads outside and finds a paper for an emergency evacuation location and he heads there on foot. Present-day, Hope notices that Elton is upset, she asks him if he is ok. He tells her that the night the sky fell, his father told him that he should not be scared. Something makes noise in the branches, the group gather. Iris says it is empty, but the camera shows us that it is someone with a weapon.