BY Sean O'Brien on May 5, 2020 | Comments: Leave Comments
Related : Soap Opera, Spoiler, Television, The Young and the Restless 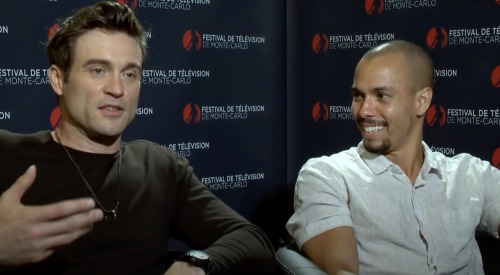 The Young and the Restless spoilers document that Daniel Goddard (Cane Ashby) recently spoke directly to his large social media audience. He enthusiastically teased an upcoming announcement. That naturally led to speculation that the former cast member might be returning to the show.

During the interview James advised that he and Goddard were involved in a business venture that involved an app which allows users to combine their online identities in one place.

It’s plausible to suggest the potential link between what James discussed in April and what Goddard was saying in early May, leading into his upcoming announcement.

So, it will be worthwhile for fans to connect with him via social media in order to learn what he’s excited about. Goddard said that he will be making his announcement on Facebook Live. Fans who follow him on that social media platform will receive an Evite in this regard.

Young And The Restless Spoilers – Cane Ashby’s Run Was Memorable

Longtime Y&R fans, along with newer viewers, and Goddard himself, were all surprised when the actor’s contract wasn’t renewed last year. His last appearance on the show was in late November.

But time revealed that Phillip III had faked his death and created an arrangement with Cane to assume his identity. Eventually all was revealed and Cane was forgiven by Jill and Katherine Chancellor (Jeanne Cooper).

Cane later paired with Lily Winters (Christel Khalil) to form Lane, which became one of the show’s most endearing couples. They expanded their family with the addition of twins, Mattie Ashby (Lexie Stevenson) and Charlie Ashby (Noah Alexander Gerry).

Goddard’s social media audience tops more than a half-million, when various platforms are combined. His heartfelt efforts in building and then maintaining those connections allow him to have an open, digital doorway to his fans.

With whatever efforts Goddard is pursuing, or will realize in the future, he’s surely wished well by his many supporters. CDL is a leading source for everything linked to The Young and the Restless. Check back regularly for Y&R spoilers and news!