BY Heather Hughes on May 21, 2020 | Comments: Leave Comments
Related : Soap Opera, Spoiler, Television, The Young and the Restless

The Young and the Restless (Y&R) spoilers reveal that Nick Newman (Joshua Morrow) and Phyllis Summers (Michelle Stafford) are on a collision course with disaster. They acknowledged their poor track record going into this romance, but they chose to ignore their doubts and concerns. Phyllis and Nick certainly have an intense spark, but that’s not enough to keep a relationship going strong.

Y&R fans can expect Phyllis to crash and burn at some point, so we might as well start thinking about who’ll they’ll be paired up with next. Phyllis has two easy options since she has history with Jack Abbott (Peter Bergman) and chemistry with Chance Chancellor (Donny Boaz) as well.

Whether Y&R goes for a “Phack” reboot or has Phyllis steal Chance from Abby Newman (Melissa Ordway), Phyllis should have no problem bouncing back from Nick. Truth be told, Phyllis could even stay single for a while. She thrives as an unattached schemer anyway, so The Young and the Restless could just let Phyllis meddle and plot until her next love story comes along. 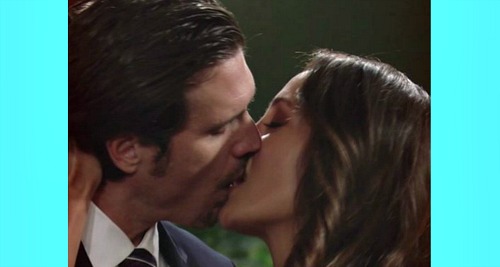 Nick, on the other hand, is a very different story. He’s the kind of guy who’s only content if he’s got someone to have and hold. Nick thrives in a stable, loving relationship and that means he may not stay single for long. Sharon Newman (Sharon Case) is always going to be an option for Nick, but Joshua Morrow is hoping they’ll stick to friendship for a while.

Although Morrow doesn’t know where the story’s headed, he thinks Sharon’s in a good place with Rey Rosales (Jordi Vilasuso) and would prefer if Nick didn’t mess with that. The Y&R star thinks they’re better off as pals for now.

“But it would mean so much more to me as somebody who cares about the Nick/Sharon relationship if he was just there for her as a friend…without any romantic thing,” Morrow told Soaps in Depth last month. He added that Rey “gives her something not many men have given her lately.”

This isn’t the first time Morrow’s made comments like this in interviews. Morrow seems protective of the “Shick” friendship since their reunions always seem to end in disaster, too. Jumping from one ex to another might be a bad idea, so should Y&R go in a completely different direction once Phyllis and Nick implode? A fresh start might be for the best.

Lily Winters (Christel Khalil) seems poised to find love with Billy Abbott (Jason Thompson) through their work at Chancellor Communications, but that could be another bad idea. For starters, Billy clearly has unresolved feelings for Amanda Sinclair (Mishael Morgan). He’s also kind of a mess who still has some growing up to do.

Billy’s getting there, but Nick could offer a more mature relationship and some stability. Lily deserves that after all the drama that went down with Cane Ashby (Daniel Goddard). It’d be easy for The Young and the Restless to push Lily and Nick together down the road. They seem like they’d be a good match, so it’d be a romance worth exploring.

Could Lily and Nick provide the perfect fresh start for each other? Should they help each other move on from Cane and Phyllis? As other Y&R news emerges, we’ll pass along updates.