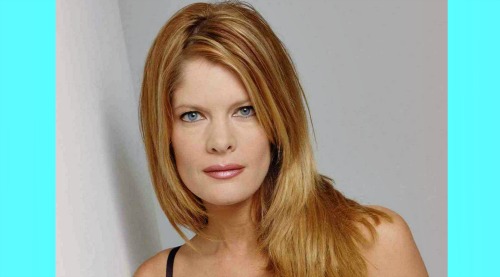 The Young and the Restless (Y&R) spoilers reveal that one CBS soap star is speaking out against online bullies. On Twitter, Michelle Stafford (Phyllis Summers) posted about Y&R as she often does, but someone felt the need to complain. There’s certainly a lot of talk about COVID-19 aka the coronavirus and other important issues, but that doesn’t mean we can’t have some entertaining tweets, too.

Soaps have always been an escape for many people anyway, so there’s no reason for that to stop now. Stafford felt the need to pipe up after she was attacked over something that was just meant to be fun. We could all use a little more fun at the moment, right? Stafford just wanted to make her followers smile and perhaps chuckle a bit. There was no need for anyone to spout off and hurl insults.

Stafford explained why she wanted to spread some positivity and light. It’s not her responsibility to save the world! Entertainment is what this Y&R star knows best. Stafford argued that she should be allowed to do her thing and let the experts take care of the rest.

“Hey loves, some1 called me ‘vapid’ 4 posting a tweet about #YR 2day,” Stafford said. “Here’s the thing. I feel it’s my place as an actor 2 imbue life & love into SM. I’m not a Dr or political expert. I’m an actor. I desire 2 entertain. I’ll let others do the med& political posts. Is that cool?”

Most of us can agree that’s totally fine. Fun tweets are a welcome sight when there’s so much doom and gloom in the news. Stafford’s cheering people up when they need it, so that’s actually a wonderful thing. Besides, it’s Stafford’s Twitter account. She can tweet anything she wants!

Plenty of Young and the Restless viewers stepped up to defend Stafford in the replies. “Nothing wrong with bringing joy to people,” one fan insisted. “It’s a nice distraction from all that’s going on in the world. Entertain away.” Another fan said, “yes, it’s more than cool. Talk about what you want. You rock! You go girl! You do you!”

As for what’s next in Genoa City, The Young and the Restless spoilers say Phyllis will find herself in a jam soon. She’ll have to make some updates to her strategy if she wants to hide her trail. It looks like some great drama’s in store, so stay tuned. We’ll have all the latest Young and the Restless spoilers, updates and news for you here at CDL.

Hey loves, some1 called me “vapid” 4 posting a tweet about #YR 2day. Here’s the thing. I feel it’s my place as an actor 2 imbue life & love into SM. I’m not a Dr or political expert. I’m an actor. I desire 2 entertain. I’ll let others do the med& political posts. Is that cool?