The Young and the Restless Spoilers: When Will New Episodes of Y&R Return?

BY Heather Hughes on May 8, 2020 | Comments: Leave Comments
Related : Soap Opera, Spoiler, Television, The Young and the Restless 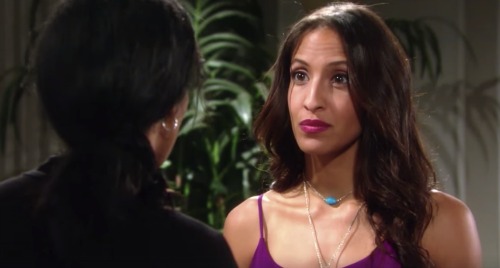 It’s great to take a trip down memory lane, but many viewers are still eager to get back to the new content we’re all craving. Several storylines were left dangling, so we all want to see what happens next! Unfortunately, there’s no official word yet on when Y&R will be able to resume production. It’s still a waiting game as the COVID-19 aka coronavirus crisis continues.

Several Young and the Restless stars have weighed in on this topic everybody’s wondering about. In a special video message, Lauralee Bell (Christine Williams) and Michelle Stafford (Phyllis Summers) spoke out just after Y&R’s last new episode aired. They let fans know they had no idea when they could get back in the studio, but they were certainly hoping it’d be as soon as possible.

The cast and crew haven’t been on set since production was suspended on Tuesday, March 17. It’s already been a pretty good stretch of time off, but there’s obviously more to come. On May 5, Melody Thomas Scott (Nikk Newman) admitted the cast hasn’t heard when they’ll be shooting new episodes. She suggested that “so much is unknown” due to the pandemic, so they’re all awaiting info as well.

Scott also pointed out that the tape-to-airdate could be different, which makes sense under the circumstances. Y&R had lots of time to prepare new episodes before and shot over a month out. It’s safe to say the show will be in a bigger hurry once they finally get back on set. They’ll probably shoot and edit as fast as they can to get fans some new The Young and the Restless episodes on CBS.

Some actors on General Hospital have speculated and discussed tentative plans for July or August. If one soap can get back up and running, it’s reasonable to assume the others can, too. However, getting back in the studio that quick might be wishful thinking depending on where the COVID-19 situation goes from here.

The truth is no one knows for sure yet, so we’ll just have to ride this out and see what happens. If we hear any other news about when Y&R will air new episodes, we’ll pass along updates. The Young and the Restless spoilers say some fun theme weeks are planned in the meantime, so stay tuned. CDL’s the place to be for terrific Young and the Restless spoilers, updates and news.

Your favorite rivals battle it out next week on #YR! Don’t miss “Rivals Week” starting on Monday. 👊