The Young and the Restless Spoilers: Which Devon Romantic Partner Was Best – Fiery Hilary or Stable Elena? 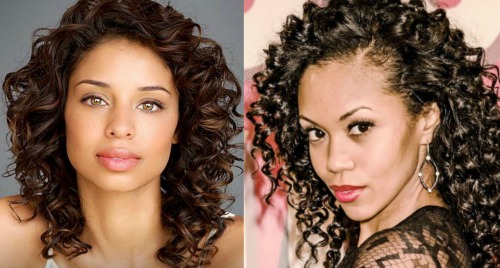 The Young and the Restless (Y&R) spoilers tease that Devon Hamilton (Bryan James) and Elena Dawson (Brytni Sarpy) will keep looking to the future. An engagement may be something that happens for Devon and Elena somewhere down the line. Devon was crushed after Hilary Hamilton’s (Mishael Morgan) death, but he worked through the worst of his grief and finally found love again.

It didn’t take long for Devon and Elena to gain fan support since they’re such a sweet couple. Elena and Devon’s personalities certainly complement each other. They’ve faced some minor drama here and there, but Devon and Elena haven’t had any serious struggles yet.

Some Y&R viewers might think that’s a good thing! With so many other couples falling apart all the time, it’s nice to have a steady ship like “Elevon” on canvas. That could obviously change depending on what The Young and the Restless writers throw at Elena and Devon, but everything’s going great at the moment.

However, other Y&R fans still miss Devon’s pairing with Hilary. Although the show softened Hilary’s character in the end, that was mainly to give her a heartfelt sendoff. In reality, Hilary was a complex, feisty character who rarely held back! It was an “opposites attract” situation that brought some interesting inner battles for Devon.

After Hilary’s death, Devon once opened up to Mariah Copeland (Camryn Grimes) about loving someone complicated. He knew other people probably couldn’t understand his love for Hilary at times.

Even Devon himself didn’t always understand it! Nevertheless, Devon couldn’t help how he felt about Hilary despite her flaws and mistakes. It made their love story a truly gripping one.

There’s value in rooting for “Elevon” as a stable couple, but it’s also understandable that some people miss the flying sparks that came with “Hevon.” Will Y&R try to recreate those sparks with Devon and Amanda Sinclair (Mishael Morgan) at some point?

It seems likely that pairing will come around sooner or later, but it honestly sounds like a bad idea.

It’s kind of creepy for Devon to fall for someone who looks just like his dead wife. Plus, the show’s offered up hints that Amanda may actually be Hilary’s long-lost twin sister.

That’s just another layer of weirdness. It’d be strange for Devon to date Amanda in the real world, but that won’t stop it from potentially happening in the soap world.

Of course, “Hevon” fans can always hold out hope that Y&R will rewrite things and bring Morgan back as Hilary. Anything is possible on a daytime drama, so never say never! For now, we want to know what you think. Do you miss Devon and Hilary’s messy romance? Do you prefer the sweet stability of Devon and Elena?