BY Dorothy Gale on January 21, 2020 | Comments: Leave Comments
Related : Recap, Television, This Is Us, TV 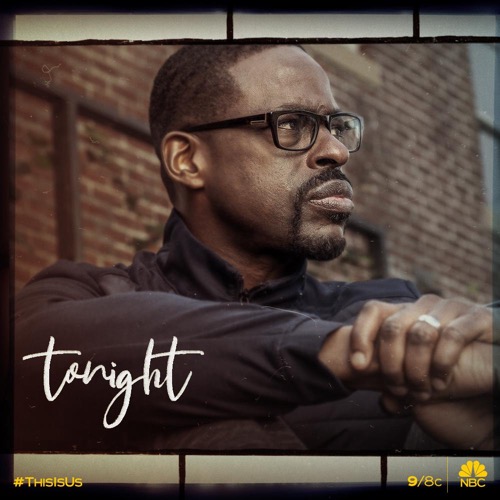 Tonight on NBC their honest & provocative dramedy series This Is Us airs with an all-new Tuesday, January 21, 2020, episode and we have your This Is Us recap below.  On tonight’s This Is Us season 4 episode 11 called, “A Hell Of A Week: Part 1,” as per the NBC synopsis, “Randall grapples with anxiety.”

We go back to when Kate, Randall, and Kevin were around eight years old; Rebecca and Jack are exhausted, the three kids are jumping on the beds and filled with excitement as it is their first night sleeping in big boy beds. Jack tucks them all in and thinks the kids are out for the night, he tells Rebecca to take some cough medicine and go to bed. Jack goes downstairs and watches TV, Randall comes downstairs and tells him that he is scared.

Present-day, Randall is in the kitchen and there is an intruder. The man has a knife, Randall tells him there are cameras everywhere and he triggered the cops. Randall throws money on the counter, the intruder takes it and runs out of the house.

Rebecca is outside, she is pruning flowers – Randall is inside, he is freaking out because there is thunder and lightning outside, but he can’t get out of the house and she can’t hear him yell.

Randall is in his college dorm, there is a fire drill and he starts to freak out.

Back to the present day, the cops arrive to take a statement from Randall regarding the intruder the evening the night before. The cop tells him that he suggests he install a security system, and home invaders usually come back the same night or the next night.

Randall goes upstairs, he sees Beth with the girls, she is trying to calm them down with Deja. Randall goes in the hallway with Beth, he tells her that she should check in a hotel just to make sure they are safe, the cop mentioned that sometimes invaders come back the next day. Randall says the cops are leaving a squad car outside, he will be fine.

It’s late in the evening, Randall messages Kevin to see if he is up. Kevin calls Randall, Kevin tells him that Sophie’s mom died and he has to go to a funeral. Randall tells him about the break-in. They end the call.

We go back to when Randall was a teenager, he is trying to fix the washing machine and Rebecca is there. He tells her that he has been having the weirdest dreams. They get interrupted and Randall ends up not telling her about the dreams. Then Randall is younger, and Jack is putting him to bed after a bad dream. Jack says he is going lay right next to him while he sleeps to make sure he is ok.

Present-day, Randall walks into the office, Beth and the girls are back home. Randall has a new security system put in, he tells Jay he is good.

Darnell walks into his office, he says the housing bill is a problem, it is going to put his and a lot of other business owner’s rent up and they are concerned. Randall gets a message on his phone on the security app and barely hears Darnell, who then walks away and says he will meet him at the meeting.

The family is having dinner for together, Randall looks in the room and sees Jack at the dinner table and starts shouting that he is dead – he is dreaming, Beth wakes him up.
Randall arrives home and the security alarm is going off, he has a look of panic on his face, but it was just an accident, his daughter opened a window and set it off. The bad dreams and the alarm sounds bothering Randall go all the way to when he first got his big boy bed.

Beth tells Randall that she will meet him at the Towne Hall meeting and then they can go to dinner. She is getting dressed and notices that her earrings are gone. Randall checks the box that had his cufflinks, they are gone. The intruder was in their room, Randall is upset, he is calling the police. Beth tells him to calm down, it has been a crazy week with the trip, the intruder and Rebecca’s health.

At the Towne Hall meeting, the citizens are upset because they think their rent is going to go up. Randall is having a hard time concentrating, his phone makes the smallest sound and he thinks it is an intruder. He freezes and Beth is watching him. He tells the citizens that he wouldn’t support the new bill if it wasn’t good for them and he needs them to trust him.

We see the intruder, he was in their bedroom when Beth was sleeping – it was Randall, another nightmare. The next morning, Beth tells Randall that she can’t believe how the town hall people acted the night before. Beth says she is going to drop the kids off at school and then they are going to have their talk. Randall heads outside, Darnell is there, he says he knows about the break-in. Darnell says if it were him, he would be a mess. Randall says he goes for long runs, that is how he deals with things. Darnell tells him that maybe he should go to therapy, he does and it works for him. They sit down on the step and talk. Darnell tells Randall that he talked to the pastor every week, who referred him to Dr. Freedman, and it really helps. Randall tells Darnell he appreciates the offer, but running suits him just fine.

Randall is running and he sees a lady being mugged, he runs over to help and hits the attacker in the face several times until he is bloodied and can’t move. Randall experiences a minor break, Beth runs to the hospital to see him. The woman he saved is calling him a hero. Beth takes Randall home and puts him to bed, tells him to get some rest. Its nighttime and Randall gets woke up by some messages on his phone, he sees a post where he is called a hero.

Back to when Randall was a teenager, Kevin calls him, Rebecca canceled her birthday dinner, something is wrong with Kate.

Randall walks into the office, everyone claps and calls him a hero – he walks out. Randall goes home and locks himself in the bathroom, he takes off his glasses and cries. He picks up his phone and calls Kevin, he tells him he lied, he is not ok. He says the intruder had a knife, he could have hurt Beth and the girls. Kevin says he is there for him, they’ll talk, he is the guy that is going to get him through this. Kevin tells him he is going a favor listening to him right now, it has been a hell of a week.