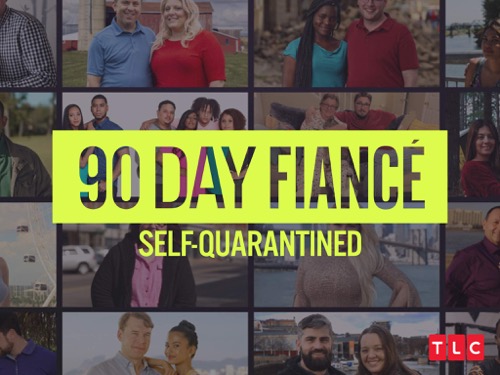 Jesse helps a friend who’s in the hospital with Covid-19; Rachel and Jon talk with a lawyer about new delays in their visa; Jenny and Larry sing karaoke.”

Fernanda spent her time in quarantine next door to a construction zone. They woke her up every morning and so she was a bit cranky about it. Other than though she was doing well. Fernanda met her ex-husband Jonathan when she was quite young and they got married pretty fast. The marriage then went from bad to worse. Fernanda and Jonathan would later divorce and they’re both happier now. Fernanda is a model. She lives in an apartment with another model and they’ve been quarantined together. It’s sometimes hard because they’re sharing a small. Fernanda sometimes leaves her vibrator out and so her roommate has to warn her about that.

Fernanda also has to stay in shape. She couldn’t gain weight like everyone else in quarantine can. She has to keep her figure for work and so she’s been exercising around the house. She even does push-ups with the sofa. She’s also been social in spite of the lockdown. Fernanda met someone. He was also involved with reality tv and so they both have this shared experience. They also still date. They have virtual dates. Fernanda dresses up and she eats her dinner in front of a camera while he eats his. They talk. They laugh. They dance. Her new guy friend hadn’t been wearing pants at the time and so that just gave them another reason to laugh.

Then there was Tiffany and Roland. The two were still married and they were still living apart. Roland lives in South Africa. His wife and children live in the States. The original plan was for the family to move to South Africa and they did do that for a while. They all lived in South Africa together until Tiffany got pregnant. She couldn’t have her baby in a foreign country with a different set of rules she wasn’t used to and she was also fighting with her husband a lot. They fought over money. It was hard for them to support their family on one income and the new baby was an added expense.

Tiffany went back to the States with her son to give birth. She had the baby there and she later took the baby to visit Roland in South Africa. The family discussed what they needed to do on the trip. They realized it would better to raise their family in the US and so they’re trying to get Roland’s visa so that he can come over. Roland is a gambling addict. He’s had problems with the law and he slipped with his addiction during this quarantine. Roland and Tiffany still have issues to work out and so they’ve been seeing a marriage counselor. They still have appointments during the pandemic. They have virtual appointments in which they could both talk to the counselor and receive help. And so far that’s been helping with the additional stress.

Jesse is quarantining alone. He’s been doing good. He flew back to his native Amsterdam because things were getting bad back in New York and he also wanted to be a nearby family. Jesse’s mother was deemed an essential worker. She was a teacher and she taught from home. She also had to physically go into the schools sometimes and so Jesse was worried about her. He stays in contact with her. He wasn’t staying at anyone’s home. He was staying at a hotel. He wanted the huge tub and a steam room because he said he needs both to detox. He also goes out frequently for groceries and stuff and so he tries to lower his risk of coming into contact with the disease as much as possible.

Jesse is practicing social distancing when he’s outside. A friend of his had gotten sick and the way the coronavirus took over had been devastating. It caused Jesse to genuinely fear it. He takes precautions and he isn’t flouting the rules like certain people are. Jesse first came to the 90 Day family because he was dating an American named Darcey. The relationship became unsustainable fast and they ended it as heated enemies. They don’t like talking to each other. They’ve been ignoring each other for the last couple of months and so he has no idea how she’s doing and she has no idea how he’s doing.

Rachel and Jon were other unique situations. They were married and they lived in different countries. She lived in the States and he lived in the UK. Jon has a criminal record and so they were already facing him an uphill battle getting him to the US. They were told from the beginning that it might be several years. They’ve been together for four years and they’ve been married for two. They’ve never lived in the same country. They were used to living apart and seeing others on visits every couple of months. This quarantine is going to change all of that. They won’t be able to visit each other for a while and it’s bound to derail Jon’s case.

Rachel has also lost her job. She’s raising two kids more or less on her own and Jon meanwhile was living in his mother. Their relationship is still the same because they were used to video-chatting. They had no problem with that and so it was everything else that was the issue. They wanted to be together during a pandemic and they couldn’t.

Jenny and Larry were luckier. They were a couple originally from two different places and thankfully their visa had gone through with little to no problems. They now both live together in the States. He was an essential worker because he works in the restaurant business and right now his hours keep getting cut. His wife Jenny was a nail technician and she’s been practicing on her husband so that she doesn’t get rusty. They were together in spite of everything and they were one of the luckier ones.