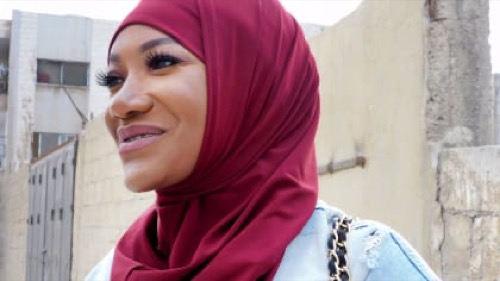 Jenny is out of patience with Sumit’s excuses on his divorce papers. Deavan is done with Jihoon’s lies. Brittany’s visit with Yazan’s parents doesn’t go as planned.”

Brittany is in Jordan with Yazan and they immediately get into an argument. She loves him, she just doesn’t like his attitude. Yazan arrives with flowers and says he wants to talk. He explains that he was jealous and he loves her. He was upset because she hugged one of the crew and his religion women do not hug men that they are not married to. She lets the argument go. Yazan tells her that they are going to go to meet his parents. He brought her something to wear, she is not too eager to wear it, but then says she will put it on when they get close to his parent’s house.

Ariela and Biniyam, it is her first morning in Ethiopia; her mom is going to have a heart attack when she sees where they are staying. Her mom is staying at a guest house in the center city and she knows when she sees the apartment she is going to hate it. She meets her mom by the cab when she is dropped off. Her mother says the poverty is shocking. She goes into the house and tells Biniyam that the conditions are not ok for a mother and a child. He tells her to be patient for one week, he is getting them a new place. As a mother and a nurse practitioner, she finds the place appalling. She does not want her daughter staying there, she did not work all her life to see her daughter live like that.

Armando left home, he is getting settled in his new place and looking forward to Kenny arriving later that evening. He is making a framed picture for Kenny to show him that true love has no borders. Kenny is super psyched to see Armando and hopes he is not making a mistake by leaving all his family. Mexico is less accepting of gay couples and he knows it is going to be harder, and he hopes Armando’s family accepts him.

Deavan is devasted that Jihoon was not financially ready for them to arrive in Korea. It is devasting because he lied to her. Jihoon apologizes to her. He tells her that he is very stressed by everything. He has a part-time job. She asks him why he is not working full-time if he knows that he has a family to support. She says that she gave up her good job to go there.

She asks him why he didn’t spend his money and made her spend all of her money. He has three thousand in his mom’s account. She says her life is not a game, she has sacrificed a lot, he sacrificed nothing, and at this point, she has had enough. He says he loves her. She says that she doesn’t want to be with him after this. She says she is going to get a hotel with her mom and the kids so she can think about what she wants to do. Deavan is heading out, she wants to get to a safe area.

Jenny and Sumit are going to meet up with Sumit’s friend, Neeraj. It’s been a week since Sumit said he was going to go see his lawyer and do the divorce papers. Neeraj tells her that he is surprised that she is back since finding out that Sumit wasn’t divorced. Neeraj says it was really hard not to tell her, but he kept his friends secret. He supports him because he knows that he loves Jenny. Neeraj tells Jenny that his divorce took four years. Sumit says he is already filed in the court and he is paying, so it won’t take so long. Jenny wants to see the paperwork. Sumit says they should fix the apartment like a home, then they can go together. Jenny wants to see the paperwork, Neeraj tells Sumit that Jenny deserves to see it and he should do it tomorrow.

Brittany and Yazan are getting in the car to go see his parents. She is so nervous because they want her to get married to him right away, but what they don’t know is that she is still married to her ex. In the car they start talking about her hugging the man, he says she shouldn’t do that in general. She says when she sees an American she will hug them because it is custom, but when he sees someone here, he will follow his customs.

He doesn’t agree, he thinks she should never hug another man. She says he is trying to control her and make her a little Muslim girl that has no type of life. She says he cannot change her, maybe he should marry one of his cousins. She tells him that this is the last time she is wearing a hijab for him.

Biniyam shows Ariela and her mother the new apartment and this place is in a shambles, it is not liveable. There are exposed wires, walls undone. Ariela’s mom says the wiring is dangerous, it is all exposed. The toilet doesn’t work in the apartment, and it has a horrible stench. The kitchen is last, and it is a disaster. It would be months before someone could even make this place liveable. Biniyam says he can do it in two weeks. She tells him that he is sweet, but this is not good for her. She needs running water and electricity.

Brittany and Yazan arrive at his parent’s house. His mother asks not to appear on camera due to her religious beliefs. His far tells Brittany that she looks beautiful with her hijab, then he encourages them to get married right away. Brittany says that she doesn’t want to get married right away, she wants her family there for the wedding. But she is lying, she hasn’t told Yazan and his family, she is still married to her ex.

His father asks if she converted, Yazan says no, his father doesn’t understand what her problem is. His mother gets involved and tells Brittany that she is being disrespectful to Yazan, whatever he says is right and she needs to agree. His father tells Brittany to cancel the life she has been living, the social media, and marry Yazan.

Yazan tells her that she is showing his family that she doesn’t respect him. His mother says that when she marries Yazan that this is her new family, she needs to forget her other one. Brittany gets upset and walks out, Yazan’s father tells him to go after her.