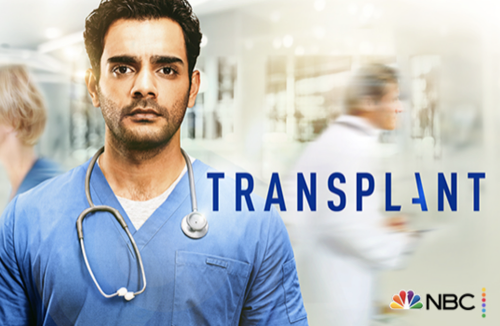 Tonight on NBC the hit Canadian drama Transplant makes its American premiere with an all-new Tuesday, September 1, 2020, episode and we have your Transplant recap below.  In tonight’s Transplant season 1 episode 1, “pilot,” as per the NBC synopsis, “When Bashir Hamed witnesses a tragic accident, he works to save the wounded. A trained doctor from Syria, the life-changing event leads to a new opportunity.”

Bashir Hamed or “Bash” as he’s known worked at a restaurant. He acted as a cashier as well as a cook. He wasn’t always one, but this was what he had to become to live a life free of civil war and death. He didn’t think he would be reminded of those old days. Then one day a doctor came into his restaurant. Bash remembered this doctor from his old life and he went to talk to him when out of nowhere a truck ran right into the restaurant. The truck caused massive damage. There were several injured parties and Bash raced to help them. He was the only one who could still move on his own. He, therefore, walked to every person that was down and he treated them. He treated them using his skills he honed back home.

Bash used to be a doctor. He knew what he was doing as he saw to each individual and he treated them as if they were his patients. He treated one’s eyesight, he restarted another’s heart, and he also treated one man by drilling a hole into his head to relieve the pressure. Bash could have left these people as they were. He could leave them behind as he made his own escape from the building and he chose not to. Bash stayed. He helped as many people as he could. He worked right up until he passed out from his own injuries. Bash and the others were later taken to the best hospital in the city.

The hospital didn’t know what happened. They were just told it was a Level 1 mass casualty event and so they sought to treat everyone. They helped Bash. He came to the hospital. Bash realized what happened and he tried to tell the doctors there everything he did. He wasn’t supposed to get up. He was still injured and he ignored the doctor’s advice because he felt he had to help. Bash checked on his uncle. He went looking for his cousin and he was in the middle of that search when a police officer found him. The police officer thought Bash was a suspicious character. Bash was a Middle Eastern man who was ignoring the doctor’s advice to stay seat.

This was apparently enough for the police officer to view Bash as a possible terrorist. He found Bash and he questioned Bash. Bash had to show his identification. He had to explain he worked at the restaurant. He also had to say that he didn’t see anything. The truck crashed him into him moments after he saw it coming. Bash explained to the police officer what happened and he was later left alone. Bash was warned to stay put. He chose to ignore the police officer the same way he ignored the doctors and he started walking around the hospital again. Bash came across a kid in trouble. He helped treat him and the kid’s father freaked out.

The other man didn’t know Bash. He just knew Bash wasn’t a doctor and so he pushed Bash to the ground because he thought Bash was some freak. Bash was found on the ground by the same police officer as before. The police officer stayed closely near Bash as Bash was treated for his injuries from the car crash and the doctor had to tell the police officer to step out of the room. The doctor did so because she saw how uncomfortable Bash was. She also wanted to ask Bash what he did do to bring up the woman who didn’t have a heartbeat and he told her that he punched her in the chest. Now, this doctor was the only one that knew Bash had treated the people in the restaurant. Everyone else had merely assumed that another doctor there had been the one to help people.

Everyone thought it was Dr. Jed Bishop that saved lives. They even thought he drilled a hole in his own head to treat the hematoma and so no one else suspected Bash helped. They all pretty much wrote him off. It was just the doctor that treated him that knew better. She helped Bash once and so he asked her not to get the police officer once she was done. Bash needed to leave the hospital. He knew the police officer would stop him if he could and that’s why he snuck out. Bash left the hospital. He was still seriously injured, but that didn’t matter to him because he knew he had to find Amira. Amira goes to night school and she usually waits for Bash to pick her up.

Bash was late tonight because of the accident. He raced to the night school and he didn’t find her there. He went to a friend’s place. He again didn’t find her there and so he went back to the apartment. He found out from his landlord that Amira saw the news. She saw that Bash’s restaurant was in an accident. She called the hospital to check up on him and the hospital told her they hadn’t heard about Bash. Bash was looking for Amira while she was looking for him. She went to the hospital. She checked with the front desk and she was still waiting on news of him when Bash realized where she would have gone.

Bash returned to the hospital. He ran into the doctor who treated him and she figured out he had been the one to save those people at the restaurant. She also told him she needed his help. She said her patient, the woman with an underlying health condition, was really sick. She didn’t what was wrong and she wanted to know what Bash observed. He explained what he saw. He mentioned she was losing her hair and so that had been enough for the doctor. She figured out what was wrong. She knew her patient recently gave birth and that what she suffered because it was the underlying condition. This doctor returned to her patient.

Bash continued looking for Amira. He later found her and he gave her the birthday gift he’s been holding onto. He gave her a cell phone. She turned 12 and Bash thought that was old enough for a phone. Bash and Amira were still together when the police officer found them. The police officer handcuffed Bash to a bed and now he couldn’t runoff. Thankfully, he got to stay nearby to Amira. The two of them were still together when Dr. Jed woke up. Jed asked to see Bash. Bash had been cleared of any wrongdoing by then because the police had found the driver’s body. The driver sadly didn’t make it. He tried to jump out of the vehicle and he got pulled under the wheels.

Dr. Jed remembered that Bash interviewed for him. He said he’s since reassessed and he was now prepared to offer Bash the job at his hospital.

All Bash had to do was agree and now he gets to be a doctor again.