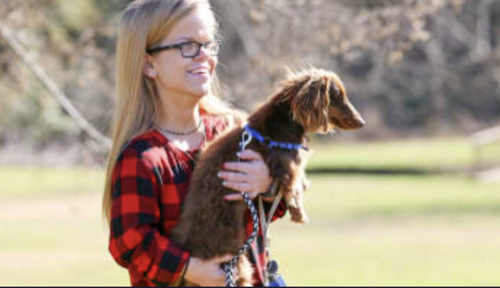 Meanwhile, in an attempt to prove to his parents that he does have the motivation to succeed in life, Jonah starts a sports podcast.”

So make sure to bookmark this spot and come back from 8 PM – 9 PM ET! for our 7 Little Johnstons recap. While you wait for the recap make sure to check out all our television recaps, spoilers, news & more, right here!

In tonight’s episode of 7 Little Johnstons, Anna couldn’t wait to move out. She had a recent argument with her mother because she told her mother that she wanted more excitement about moving out and Amber chose to get offended. Amber claims she supports Anna as well as her decision. Which isn’t true. Amber wants Anna to move out on her terms and she hasn’t shown excitement.

She said she couldn’t throw Anna a party because Anna doesn’t have everything together. Anna has a part-time job and she has a roommate lined up. Anna also doing online sales. She has the means to move out and that wasn’t enough for either Amber or her husband Trent. They wanted Anna to have a full-time job. They wanted Anna to be like Elizabeth and have plans for everything and Anna is not Elizabeth. She has to do things her way.

Amber and Trent don’t think Anna will move out. They believe that she wasn’t there emotionally, financially, or responsibly. They think Anna will need their assistance to move out and that’s the real reason they’re not excited. The family dropped the subject of Anna moving out. She didn’t want another argument and neither did her mother. They dropped the subject. They instead moved on to other things.

The family has two Asian children and their parents wanted to celebrate their adopted children’s heritage. They looked up how to celebrate the holidays. They also dug up the items that both children had on them when they met them. Emma had a baby doll and a backpack. She was five when she was adopted from the orphanage.

Alex was adopted at six months. He was staying with a foster family who knew he was being adopted by an American family and so Alex was adopted from one home to another. Alex and Emma’s parents kept everything. They gave Alex a Korean flag with a necklace they bought in Korea at the time.

They showed Emma pictures of when they bought her, her first birthday cake. It had been huge and little Emma in the pictures had clearly been amazed by it. The family celebrated their Asian children’s culture. They also gave the older children an ultimatum. They asked them to find full-time jobs before they could move out and Jonah was struggling with that. He was struggling with finding a full-time job.

Jonah couldn’t seem to find one. He and his friends, therefore, came up with the bright idea to have a podcast. They were going to do a sports podcast. They were hoping to one day make a living from it. Jonah does love sports. He’s also watched his other siblings as they all have their online businesses and so it’s good that he has something he’s passionate about. His parents know podcasting will be difficult.

They don’t understand the full process of it and Anna stepped in to help her brother. Anna gave him advice on marketing. She sells jewelry. She does that and she has a part-time job at a daycare. Anna makes enough to pay her bills. It’s why she’s so sure she can afford to move out and so she talked about that too with Jonah. Jonah didn’t know she was going to move in with a roommate.

Jonah now understands why Anna would believe she’s ready to move out. Only he knows how their parents will be and so he told Anna to either get a full-time job or do her jewelry sales full time. Jonah knows his sister wants to move out. He thinks she just needs to stay with that drive and that eventually she’ll be ready, but Anna hadn’t wanted to hear there from him. Not so soon after her argument with her mother and so she wasn’t ready to hear anything.

Anna later celebrated with her family the Lunar New Year. They usually celebrated with food and music. This time they did the tradition of sweeping out the house and the whole family was involved. Amber made sure that there were enough dusters for everyone now that she has the family’s help in sweeping.

The whole swept the house according to Emma’s custom. They also celebrated the Lunar New Year with a celebration and so it was a great time. They hung up decorations. They made lanterns. They made paper fans and everyone enjoyed it. Amber even made Chinese food. She bought frozen Chinese food and reheated it and she also threw in some fresh broccoli and green beans in there. The family enjoyed the food and they talked about how seamless Emma coming home was.

The older kids didn’t remember it. They were old enough to remember it. Jonah was in first grade and to him, it was like he always had three sisters. The family also celebrated by having both Emma and Alex wearing their traditional garb. Alex claimed to hate it. Then he wore it and he came around.

It was Emma who hated taking all the photos. At one point, she just got sick of it and let her mom know she had enough. They then lit the lanterns and set them down in the pool. Trent also upped the ante by using a leaf blower to get the lanterns to the middle of the pool. The family later had fireworks.

It reminded them all of what happened the last 4th of July because Trent almost blew his face off. He was drunk and decided to look down the tube of a lit firework that didn’t go off. It missed his face by his issues when it did go off. He doesn’t like talking about it but the family remembers it and they still talk about it.

Jonah later did his podcasts with his friends and their first podcast had been fun as well. Jonah enjoyed it. He didn’t see it as a potential job because he was so passionate about it and so if this works out it will be great for Jonah.