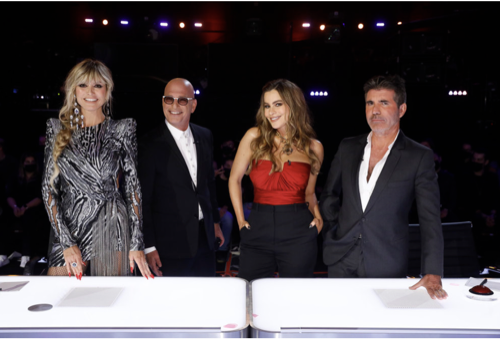 Tonight on NBC America’s Got Talent begins with an all-new Wednesday, September 15, 2021, episode and we have your America’s Got Talent recap below! On tonight’s AGT season 16 episode 20 “Finale Results – Winner Chosen″, as per the NBC synopsis, “Host Terry Crews reveals whom America has chosen as the $1 million winner; featuring special guest performers and not-to-be-missed surprises.”

In tonight’s America’s Got Talent episode, tonight’s episode begins with Terry Crews welcoming viewers to the second half of the AGT finale and the top ten are on stage full of hope, dreams, and nerves. One act will win one million dollars at the end of tonight’s show, along with a headline show in Las Vegas. This has been the closest vote in AGT history.

Last night it was all or nothing and we get another glimpse into the final performances.

Next, we have a performance from two of the top ten along with one of Broadway’s biggest stars. Northwell Nurse choir, Jimmy Herrod, and Tony award winner, Idina Menzel.

Two acts are about pushing their physical skills to the edge team up; Aiden Bryant and the World Taekwondo Demonstration Team.

Another incredible duet, it’s the powerhouse top singer and one the biggest singer/songwriters in the world. Performing “White Flag,” Bishop Briggs and Brooke Simpson.

This year we have two sensational comedians, the bad news is that only one of them can win AGT. The good news is that one of them is already a huge star. First Gina Brillon goes on the stage to perform and she introduces George Lopez to the stage. George starts off by congratulating Gina and saying that it is Hispanic heritage month. The two do a skit together. Gina starts shaving his head and all the hair is falling on the stage. Terry Crews says that he is jealous, he misses getting haircuts.

Idina Menzel returns to the stage to sing “Dream Girl” from the movie, Cinderella.

Earlier this season Simon pranked Sofia, and we get a behind-the-scenes look of Sofia getting her revenge on Simon when busts are made and Simon’s is ugly and his reaction is priceless when he embarrasses himself on what he thought was live TV. Simon says revenge is sweet.

Terry shows a clip of him giving back to a middle school, he donated two truckloads of musical instruments and tells the kids that he played the flute when he was a kid and it changed his life. Terry says one of the children could be a world-class musician one day because of this donation.

In 2014, a young magician stepped onto the AGT stage and went on to be the first magician to win the whole competition. He is now a huge star with his own show in Vegas and tonight he is back, Mat Franco, and he joins Dustin Tavella on stage to perform together.

Josh Blue meets with former AGT runner-ups to get advice on how to win AGT.

It’s time to find out who is moving a step closer to winning the dream. Ten acts were performed and based on America’s votes in no particular order, here are the top five; Josh Blue, Léa Kyle, Aidan Bryant, Brooke Simpson, and Dustin Tavella.

More results, America has voted. The act finishing in fifth place and leaving the competition is Léa Kyle and she says this has been the best experience of her life. Heidi says she is so proud that she pushed her golden buzzer for her.

The act in fourth place and leaving the competition is Brooke Simpson. Simon tells her that she has phenomenal talent and is an amazing person. This leaves us with the top three, but only one can win.

The act finishing in third place and leaving the competition is Josh Blue and the audience is booing. Howie says he respects him, he loves him, and is a huge fan of his.

It is down to the final two acts Aidan Bryant and Dustin Tavella, America’s voters have chosen the winner.

The winner of America’s Got Talent is Dustin Tavella.