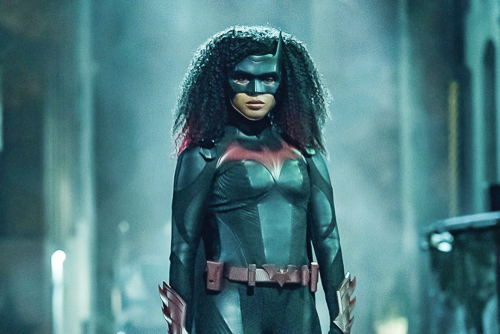 Tonight on the CW the series Batman airs with an all-new Sunday, January 31, 2021, season 2 episode 3 and we have your Batwoman recap below. On tonight’s  Batwoman season 2 episode 3 called, “Bat Girl Magic!” as per the CW synopsis, “As Ryan Wilder (Javicia Leslie) continues to prove herself as Batwoman, she encounters the challenge of every superhero – living a double life. Mary (Nicole Kang) is still Team Ryan, while Luke (Camrus Johnson) continues to have reservations – especially when Ryan makes some alterations and unveils a new Batsuit! ”

in tonight’s episode, Mr. Capalatchy is in his hotel room with a woman when someone knocks at the door, It is a man and he hits him in the head with a bottle of champagne. Then he tosses him into the tub, where his woman friend is having a bath, he breaks Mr. Capalatchy’s neck and kills the women. He then takes the two bodies, puts them in bed, and places their hands inside each other.

The man then pulls down his pants, he is full of scars from head to toe. He takes out a blade and cuts himself in two more places for these murders. The killer’s name is Victor Szasz.

Our new batwoman interrupts a transaction in the alley. She interrupts catching the perpetrator when she has to leave to meet with her parole officer. On the news, people are talking about a new black batwoman.

Ryan interrupts Mary who is with her patient Roxanne. Mary’s phone rings, it is Ryan’s parole officer and she wants to know if she hired her for a position, Mary says yes.

Commander Kane tells the Crows that he wants them to stop the flow of Snakebite through Gotham. Meanwhile, Sophie wakes up near the water, Alice is with her. They talk about Safiyah, Alice says she is there to kill the queen, she poisoned her only friend Mouse, and if she dies today, so be it. Meanwhile, Victor walks into Hamilton Dynamics’ research facility and kills two people. Luke, Ryan, and Maria all watch the surveillance video of Victor killing one of the men in the lab. Ryan says the killer is Victor Szasz, he is a hitman and she knows of him. Ryan gets a call from her parole officer and has to go.

Alice is with Safiyah who tells her that she had her drugged, kidnapped, and brought to her doorstep; she invites her to sit with her. Alice thinks she is going to poison her. Safiyah tells her that she stabbed her in the back. Safiyah says she didn’t blow up her sister’s plane, but someone wants her to think she did. They both have a puzzle to solve.

Batwoman sneaks into Victor’s place, he asks her if the old batwoman got killed. He tells her that she doesn’t look comfortable in her skin like she is trying to be someone else, he doesn’t see the batwoman in her. He pulls out a missile to shoot her with and she runs, jumps off a balcony.

Ryan is with Maria and Luke in the bat cave, they are going over a list names that batwoman got in Victor’s apartment. Maria says it is important, a hitman with a long list of names. Luke reads the names and he just doesn’t see a connection. Ryan says maybe someone owns this list, hired him. Ryan says it is easy, just needs to find out who hired him.

Ryan heads to a restaurant, and sits down with Victor. She tells him that word on the strret is that his last job went sideways. She pushes a bag of cash towards him, and tells him that she wants him to take out Alice, she took out her mom. He says he doesn’t kill and tell and pushes the baf back towards her. He gets up and he leaves. There was a device in the bag and it got close enough to Victor to trace his phone, the mystery client is Safiyah.

Alice tells Safiyah that she killed her entire gang. Meanwhile, Sophie is with Tatiana, she is in handcuffs. They talk about Kate again, Safiyah swears she didn’t take down her plane and Alice says she didn’t leak the secret about the desert rose.

Luke is not happy about Ryan standing in for Kate, Maria tells him that she is not coming back. She asks him if he knows what the odds are of surviving a plane crash. He says miracles happen and Maria reminds him that so do tragedies.

Maria is shocked, her patient had stage three cancer and overnight is gone. She was treated for the bat toxin. Victor shows up at Maria’s clinic, he tells her that they both ruffled some feathers. Maria fights him, he runs after her into the alley. All of a sudden, he finds her, but batwoman jumps down to help Maria. Victor and batwoman fight in the alley, she knocks him out. Maria notices batwoman’s new wig and tells her that she likes it.

Safiyah asks Alice what happened between she and Kate. Alice says she thought they were close, that they would do naything for each other, but she was wrong. Alice puts her hand inside Safiyah’s hand, then she attacks her. Safiyah gets on top of her and says she will give her her sister, she has Kate’s necklace and asks how she can possibly have that.

Alice and Sophie finds themselves in an alley and they don’t know how they got there.

Luke visits Ryan, she jokingly asks him to let her make some change to the bat movile.

Sophie goes to see Jacob, they found Kate’s phone in the wreckage and he finally remembered the password and got in. He asks if she knows why Kate was interested in a painting by Jack Napier, Sophie says they can ask her, she thinks she is alive.