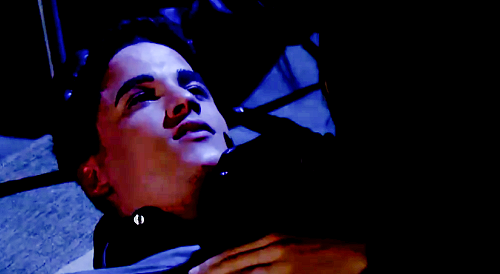 Nicole Brady (Arianne Zucker) wondered if Ava might’ve killed Charlie herself, but Ava shut down that idea despite her previous death threat.

There’s a good chance Ava’s telling the truth, but she’s still hiding what went down in Charlie’s apartment. Could Ava be covering for Tripp Dalton (Lucas Adams) instead? The answer is most likely yes – but with a twist!

Days of Our Lives spoilers say Ava will soon have a flashback of that fateful night. DOOL fans will see Ava kneeling beside Charlie as he bleeds out on the floor. It seems Ava may have arrived after the fatal shot was fired, but she was able to hear Charlie’s dying words.

Just who did Charlie point the finger at in those final moments? Let’s put ourselves in Charlie’s ruthless, vengeful shoes for a moment. No matter who really killed Charlie, there’s no one Charlie hated more than his brother, Tripp Dalton (Lucas Adams).

Charlie would certainly have a motive to lie and tell his mom that Tripp did this to him.

That’s especially true since Charlie has always felt like the forgotten bad seed while Tripp was “the good son.” Perhaps in Charlie’s last breaths, he wrongfully accused Tripp out of spite. Charlie might’ve wanted to taint Ava’s view of her precious innocent boy.

On April 2, Days of Our Lives spoilers say Ava will break down in tears as she confesses to Nicole. DOOL fans can expect Ava to spill even more next week, so she’s definitely got a lot to hide.

Maybe Ava’s been so cagey because she thinks Tripp is to blame – but only based on Charlie’s bitter, bogus accusation.

Allie Horton (Lindsay Arnold) will end up feeling like she needs to cover for Tripp during the week of April 5-9, so the investigation appears to be moving into Tripp territory. However, that’s not the final stop on this murder mystery’s wild ride.

The investigation will swing to John Black (Drake Hogestyn) and Marlena Evans’ (Deidre Hall) family for the last chapter, so that means Tripp isn’t guilty – no matter what Charlie may have told Ava before he croaked! As other Days news on who murdered Charlie becomes available, we’ll deliver updates.