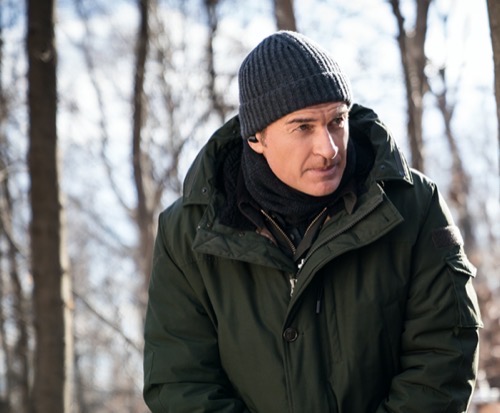 Tonight on CBS FBI Moste Wanted airs with an all-new Tuesday, January 26, 2021, season 2 episode 5, “The Line” and we have your FBI Most Wanted recap below. In tonight’s FBI season 2 episode 5 as per the CBS synopsis, “The team searches for a young woman who is heading down a deadly path of vengeance, using ties to an online radical conspiracy organization to further her cause; Barnes must make a life-changing decision.”

A group of teenagers were fired upon. The kids were in Mohawk Territory. They were on a reservations which was considered their land as Natives to that area and the group was having fun. There was beer. There were drugs. The Mohawk kids were having fun and they were meeting with their American cousins. The kids were even playing with the fireworks.

It was the fireworks that drew the attention of the New Patriots. The New Patriots were a militia group who began patrolling that area because they thought people were sneaking drugs over the American/Canadian border. The New Patriots heard the fireworks and thought it was guns. They pulled up on the kids fully armed. They demanded to see passports and the kids told them to go to hell. They were on a reservation.

The reservation was there long before the border was. The kids knew their rights and one of them was heading back to his car to call for the real police. The New Patriots fired upon the kids. They killed several of them and one girl got away to call for help. The police were called. They handed it over to the FBI and LaCroix’s team was called in because this was an American problem.

The New Patriots were Americans who believed the country needed to be taken back to its original format and what they did on the Mohawk’s kids could be considered a hate crime. The bullets that was taken at the scene were tested. It showed the fingerprints of Paul Flanks and his nephew Ron Wohl.

The team visited Ron’s parents. His mother was a true believer and his father was not. His father realized how much trouble Ron was in. He tried to protect his son. He told the FBI everything he could so that Ron would be taken in alive and that plus some home photos helped the team. They later found the men’s hiding spot. The New Patriots fired on them when they saw them and the FBI returned fire.

It went on like this for a while before Paul died. Paul died from his wounds he took in the shootout and Ron gave himself up. Ron didn’t want to die. He was also quick to blame his uncle for everything because he said it was his uncle that was more the problem. Ron and his uncle were dealt with and the team thought that would be it, but then their sole surviving witness at the hospital woke up and she told the Mohawk police that there was a third shooter.

It was this third shooter that fired first. The other guys just went along with the first shooter and so if it hadn’t been for this first guy – there wouldn’t have been a massacre. The FBI wanted to catch this first shooter. They looked into the uncle’s dealings online and he was in communication with someone who was smart. This smart person was a shot-caller.

He was the one convincing the others to patrol the area and that it was their God-given right to monitor the “savages”. They blamed the Mohawks for the drugs going over the border. They thought they were stopping them by killing them off and there was more than one witness. There was the girl in the hospital. There was also Tommy.

Tommy left the reservation six months ago. He had a problem with drugs and so he was cut off from his family, but he was still in contact with his friends and he just lost most of them in the shooting. Tommy was scared. He was alone. He had turned back to drugs and LaCroix had to clean him up. He made sure Tommy had food. He also got him to stay with someone and he told him that he would find the third shooter.

LaCroix later visited Ron in prison. He asked Ron about this third shooter and Ron had been scared to talk about it because he thinks the guy could hurt him. So, it took some convincing before Ron gave up a name. He told the team that the man they were looing for was Anthony Noel.

They did some research on Noel. He was former Army. He also did the recruiting for the New Patriots and it seems his friends were all scared of him. The team found more New Patriot men hanging around. They talked to them and they all said they were scared of Noel because they joined him to protect the border. Noel was doing this because he liked killing.

He had Paul hooked on his stories in the army and so of course Paul became a die-hard fan of his. He followed Noel until it led to his own death. Paul was dead and Ron was locked up. The team and tribal police were looking for Noel when they were alerted to an incident at the border. Noel killed a Border Patrol officer to stop the man from checking his backseat and so the team believes he might have been carrying around C4 meant for bombs.

Noel did want to kill people. There’s no easier way to kill a bunch of people than a bomb and so they got his address from a nearby gun store. The gun store was illegally shipping guns and ammo. He had to give up the Noel’s location or risked losing his license. The team got Noel’s home address and they went there where they were almost killed.

It seems Noel had planted IED all around the house. He was desperate to keep people away and once those were cleared – the team found what he was hiding. He had several bomb making devices. He also had a lot of doctrine about purity and it seems one of the ways he purified his bloodline was by having kids with white woman. His current girlfriend is pregnant and she was supposed to let him through at the border but she changed her mind at the last minute.

The team found the girlfriend. They asked her about Noel and she told them that he was crazy. He made her wash herself in milk as part of a cleansing ceremony. She said Noel felt that way because his mother is Persian and she uses creams to whiten her skin.

The girlfriend was also told that Noel was in the Essex area and she said that was bad because that’s where they have the detention center for immigrants. Or as Noel liked to call it, the rats’ nest. Noel was heading up there because he planned on killing everyone inside and he was stopped by the team. They made sure to get their first and they also shot and killed Noel before he set off his car bomb.