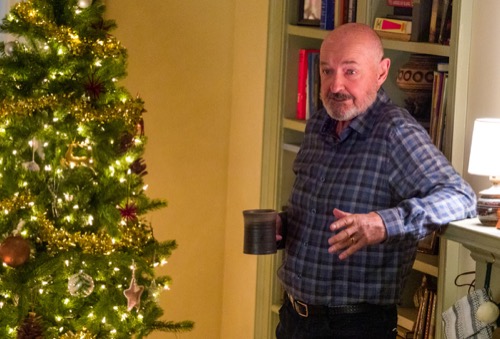 Tonight on CBS FBI Most Wanted airs with an all-new Tuesday, December 7, 2021 season 3 episode 8, “Sport of Kings,” and we have your FBI Most Wanted recap below. In tonight’s FBI Most Wanted season 3 episode 8 as per the CBS synopsis, “After a prized Kentucky racehorse is stolen and its groomer is taken hostage, the team quickly learns they may be the only ones who consider the young woman’s safety a priority over the horse’s; Byron returns to celebrate the holidays with Jess.”

In tonight’s FBI Most Wanted episode there were two men on a crime spree. One of them was Solomon Pensky and he does have a record. He wrote some bad checks in the 90s. There’s been nothing since and so that’s why the spree was so shocking. Pensky and his partner stole a horse. The horse was being transported. The driver was forced off the road and he would have been left outside along with the trainer if the trainer hadn’t recognized Pensky’s partner. She identified him as Willie. She worked with him at the farm and she could identify him.

The two men couldn’t kill her. They needed her to control the horse and so they kept her alive. They later killed the driver. They were dumping his body at a lake when they were spotted by a members of the country club they had been on and so Pensky killed the two members. And that plus the body that was found in the lake meant this was a case for LaCroix’s team.

LaCroix’s team knew right away who they were looking for. One of the victims had taken a picture of Pensky’s car and they traced it back to Pensky. The team just didn’t know why he was killing people. They didn’t know about the horse until they found the first victim and they realized the timing of events. Pensky was dumping the body when he was spotted and hence he killed again. The team looked into the driver. They found out he was transporting the horse and that the horse is missing. Along with the trainer. Her name is Tessa Sanders. She wasn’t returning calls from the farm where she worked and her cell phone was found in the abandoned horse carriage. And so the team found out she was kidnapped.

They contacted Tessa’s family. It was clear the stepfather had a problem with her. There might also have been an incident because Tessa left home when she was seventeen and never looked back. There wasn’t even any photos of her at the house. Her stepfather erased all traces of her. He said they weren’t paying any ransom even if they were contacted and so Tessa would never reach out to either him or her mom if she could get word. The team later contacted the owner of the horse. She tried to pretend the horse wasn’t missing. The team told her that the people who took the horse had killed three people and will probably kill Tessa once she’s no longer needed but the owner didn’t care. She merely wanted her horse back.

The horse that was stolen was worth six million dollars. It was a verifiable winner and Pensky and his friend knew this. They were going to ransom back the horse. Then kill the girl. The owner knew this and still she said she didn’t want any help from the FBI. LaCroix’s team followed her. They saw her get the money and they tried to follow her but her lawyer came out of the car and demanded that they stop following her unless they were going to arrest her. The lawyer also said they were putting the asset at risk. They didn’t even remember Tessa or the human life that was on the line. The team didn’t back down, though. They continued to follow the owner until she agreed to talk to them and they told her that they were the experts here. Not the corporate lawyer.

The lawyer was a sleaze. He advised the lawyer to just pay the ransom and the FBI said that the horse could be killed or left to starve somewhere once the bad guys get their money. But what they didn’t know was the shift in plans. Tessa went from being a victim to a co-conspirator. She convinced Willie to cut Pensky out after Pensky tried to rape her and to tag her in. They were going to ransom the horse and keep the two million dollars in cash. Tessa also had her own plan. They made a video of Willie supposedly threatening her life and sent in to demand that the money be dropped off near the lake. They then drove to the drop off point. They watched Willie and Tessa come in on a boat and Tessa got one of the bags of money and left Willie behind.

Willie was arrested. His half of the money was confiscated and Tessa got away with her half. She got away with a million dollars in cash. The owner didn’t care. The horse was found safe and in perfect condition and she thanked Tessa for that. She wasn’t going to press charges. She was going to write off the million dollars as a reward fee for saving her horse. The FBI no longer had a case against Tessa and so they didn’t go looking for her. And Tessa got away cleanly.

And the team went home to their families to celebrate the holidays.