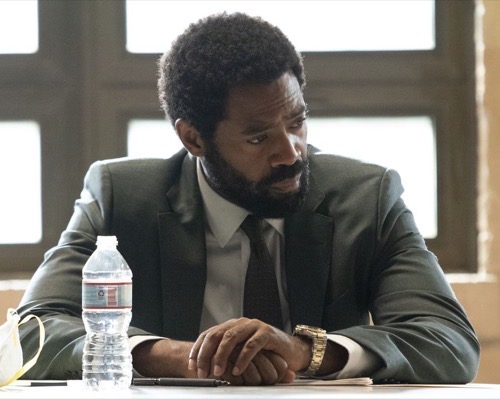 Tonight on ABC their new legal drama For Life inspired by the life of Isaac Wright Jr. airs with an all-new Wednesday, January 27, 2021, episode, and we have your All Life recap below.  On tonight’s For Life season 2 episode 6 “354” as per the ABC synopsis, “After an urgent call from Bellmore concerning the growing COVID-19 pandemic, Aaron enlists Safiya’s help and heads back to the prison to investigate. Meanwhile Marie faces a choice: Expose her family to the virus or go all-in at the hospital.”

In tonight’s For Life’s episode Marie heads to work. She talks to Aaron, giving him her bank informed and more. She is off to help fight covid. She tells him to watch over Jasmine.

Aaron heads to the prison the next day but isn’t allowed in because of the virus. He gives Safiya a call. He asks her how she is and if she knows what is happening inside the prison.

Safiya calls a few friends to get some details. Higher ups are talking about letting prisoners out because of outbreaks but nothing is happening. The phones are off too.

An inmate calls Aaron from Jamal’s phone. He shares that Jamal was taken away. Aaron calls Safiya who contacts a judge. They are granted access.

Aaron gets into the prison. He meets up with Safiya. They sit and talk. It feels weird them both being back. She has been following his hard work. He shares that Marie is staying away, working, she is afraid to infect them. Safiya shares she is in a trial separation.

Jamal comes in to meet with them. He asks strange. They say goodbye and ask for the warden. He comes to see them and also acts weird about their questions. They ask to talk to the medical staff. They learn that 9 prisoners are in the infirmary with covid with mild symptoms. Aaron asks about a prisoner who dies recently. They share they don’t know if he had the virus.

Aaron and Safiya ask to walk the blocks. They say no. Aaron and Safiya sit and talk, waiting to make their next move. They talk about him and Marie being separated, his trust issues and more. He is adjusting okay. Or so he thinks.

Marie is upset at work. The people dying and if she gets sick she has so much unresolved.

Aaron and Safiya are told they will release some prisoners. It looks as though they are trying to keep them quiet. First they walk to talk to the prisoner rep, alone and privately. They agree.

Hassan tells them about how they are getting one meal, no yard time. It is quiet. They are still 2 in a cell. They tell him how a prisoner died. He didn’t know. He isn’t allowed to walk the blocks. He gets upset. Aaron decides to stay the night and keep working in the morning. He calls Marie who tells him with 1700 inmates there has to be more than 11 cases.

Aaron and Safiya work the next day to release 132 low level, non-violent offenders. They get to talking. Maybe the sick patients are being put into solitary. They get an order to see security camera footage. They see how the prisoner died and the guards let him in solitary. Safiya wants PPE and to go to the scene. They are all disgusted, including the new warden.

Safiya walks the block. The inmates are happy to see her. She heads to solitary. There are a lot more inmates sick. The guards are questioned. They share it is a union thought that inmates would be let out so they kept it quiet.

The warden and officials agree to 15%. The AG calls and says 20% but Aaron needs to drop his civil suit. The guards release 354 men. Aaron calls Marie. He doesn’t care what happened before, he just wants her to come home safe.