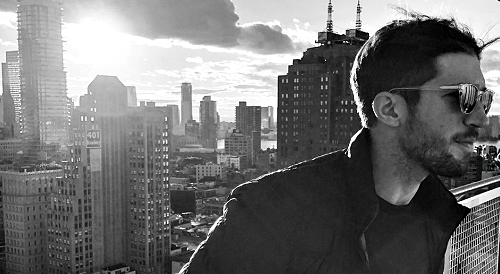 General Hospital (GH) spoilers reveal that Bryan Craig (Morgan Corinthos) has been teasing some good things on his Instagram account. It looks like Craig may be back in Los Angeles based on a recent Instagram story and a hint about some great return news.

Craig also posted another photo that could point to a big move – and maybe even his return to General Hospital as Morgan Cortinthos!

Back in March, Craig shared a heartfelt message that involved making the move from LA to New York. He posted a pic of himself looking out at the skyline and seemed excited about his NYC future.

Of course, a lot’s happened in the world since then. It’s tough being an actor and trying to score roles anyway, but the pandemic made things even harder.

Craig has posted other messages on his social media accounts in recent months, including a now deleted one on Twitter where he tried to get a job on any of the four soaps.

There was also a tweet about Craig’s interest in being on the All My Children primetime reboot, Pine Valley, so the former GH star is clearly eager to work.

Just a few days ago, Craig made another Instagram post that seemed like a nod to his previous New York move message – but in the opposite direction. “Cheers to seesaws,” Craig said, seemingly in close to the same spot with his back now turned to the city behind him.

That adds to the idea that Craig is seesawing back to Los Angeles for work-related purposes. In the comments on that post, Maurice Benard (Sonny Corinthos) decided to chime in. “Call shot bro,” Benard insisted.

It seems like Benard was suggesting that Craig calls the shots in his own life and has to follow his heart.

We also have to consider the excessive Morgan mentions happening on General Hospital lately. Morgan has been brought up so many times in recent weeks that it’s suspicious! The writing’s on the wall for Morgan Corinthos to come back from the dead.

It’s easy to imagine General Hospital writers using amnesiac Sonny’s story to mirror the one Morgan has faced since his own presumed demise. GH fans may eventually learn that Morgan’s journey wasn’t all that different.

General Hospital spoilers say Sonny will try to nail down his past and trigger some memories. Will Sonny cross paths with Morgan while he’s away from home? We’ll fill you in as other GH updates emerge.

It sounds like Morgan Corinthos could be making his long-awaited return in the months ahead, so stay tuned to see if GH finally makes it happen. CDL will have other sizzling General Hospital spoilers, updates and news to read up on, so pop back in soon.