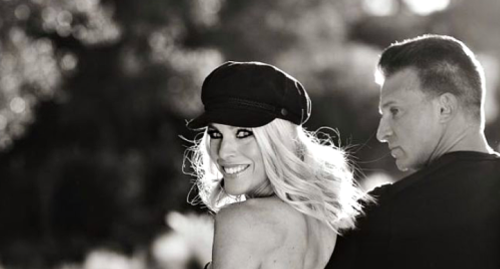 General Hospital (GH) spoilers has some great news to pass along about a popular GH star. Steve Burton, who portrays Jason Morgan on the ABC soap, has just celebrated his 22nd wedding anniversary!

This is quite a milestone, especially in Hollywood, and Steve happily shared the news with his social media followers, along with a little tidbit about what things were like when he first met his wife Sheree.

Steve shared a lovely black-and-white photo of himself and Sheree on Instagram along with the following caption: “When I first saw @1shereeburton, the world stopped, and I knew within 2 weeks I would marry her…and it’s been an incredible 22 years. Lucky me. #blessed #godsgrace #grateful #amazingwoman.”

Fans have been offering their congratulations in the comments of Steve’s post in droves. “Congratulations and happy 22 years, Steve,” one person wrote. And another said: “You are both amazing and I wish you many more wonderful years together.”

Sheree also commemorated her anniversary with Steve on her own Instagram feed as well, sharing a companion black-and-white photo and captioning it by saying: “You had me at hello. It’s been a wild and crazy ride @1steveburton and he still manages to make me laugh almost every single day. #22 years.”

Steve and Sheree were married on January 16, 1999, and they have three children – Jack, Makena, and Brooklyn. If you follow Steve or Sheree on social media, you’ll see frequent photos and updates about what they and their kids are doing. Steve likes to stay in touch with fans, which is great.

We hope that Steve and Sheree had a wonderful anniversary weekend, and we send our congratulations to the happy couple! Stay tuned to the ABC soap and we’ll keep you current on all the latest General Hospital spoilers, daily episode recaps, and news.