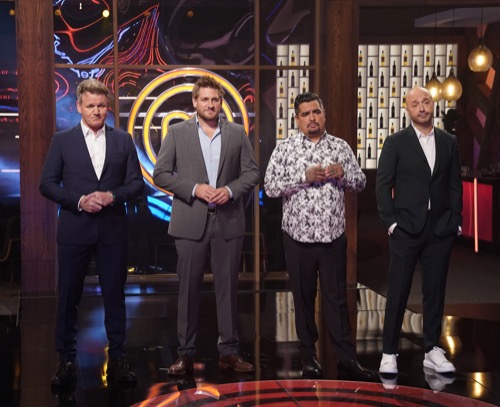 Tonight on FOX Gordon Ramsay’s Masterchef returns with an all-new episode on Wednesday, September 15, 2021, season 11 episode 17 called “Legends: Finale – Curtis Stone,” and we have your weekly Masterchef recap below. On tonight’s Masterchef episode as per the FOX synopsis, “Legendary Chef Curtis Stone returns as a guest judge for the semifinals when the Top Three battle for a spot in the finale in the appetizer round.”

In tonight’s Masterchef episode, tonight is the night! The winner of MasterChef was named! But tonight was also important in other ways. The three chefs in the finale were all women and that was a first for the show after eleven seasons. The three chefs also had one final challenge before they could be named the winner. Tonight they had to cook for their lives.

The chefs had to create a three-course meal which will require consistency as they prepare four meals for each course for four very different judges because Curtis Stone is back and they were going to be judged on each dish. The judges also threw in a surprise. They literally demanded canapes during the chef’s cook time and so that they had to incorporate that in their cooking.

The three chefs also came up with three different menus. Autumn decided to lean into Japanese cuisine and Suu chose Burmese cuisine. Kelsey decided to go upscale but American. None of their dishes resembled each other and the first round was the canapes. The canapes all tasted delicious. Kelsey’s was a little salty because she could taste her tar because you know it has raw meat in it and she was pregnant.

But Suu’s dish walked a fine balance between great and heavy because she decided to make something with curry. Autumn also had a salt situation because she threw caviar on top. The caviar was something seasoned heavily with salt before its packaged. It thankfully wasn’t too overpowering and so Autumn’s dish was still just as delicious as everyone else’s.

But the next course was a little more difficult. The former contestants of this past season had come back and they were all cheering on different people. Kelsey’s second dish drew on inspiration with European undertones. She made ravioli. Her ravioli broke as she was in her final fifteen minutes and so there was no time to start over again. She just had to roll with it. Suu remained confident as ever in the kitchen. She was cooking dishes inspired by her childhood and Autumn’s dish looked so appealing that the judges asked for it first. Autumn cooked a Pork and Spot Prawn Dumpling for her appetizer. Her appetizer fell a little short of expectations through the overall execution was on track. The next dish that the judges asked for was Suu’s dish.

Suu created a Burmese Chickpea Tofu Salad. The judges thought she had great elements and so her flaw was adding octopus. The judges hated that aspect of the dish. They also noted she kept the beak in which is a huge thing for them. the next and final appetizer was Kelsey’s. She created a Lobster and Crab Ravioli. She only included one ravioli on the dish because of her break and so the judges said that was either confident or arrogant. They withheld judgment until they tasted the dish. Only the dish turned out great. The only criticism is that she didn’t need to add the caviar on top because her dish was great without it. The canape portion probably went to Autumn while the appetizer went to Kelsey.

PART 2 Of The FINAL HERE!