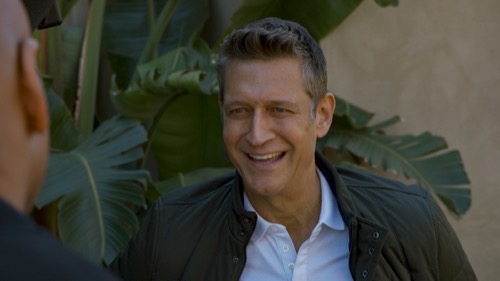 Callen goes to Anna to ask the ultimate question. Also, Deeks is kicked out of NCIS training only to find that Hetty has a life-changing surprise for him.”

Sabatino and Kensi broke into a warehouse that they believed had been abandoned, but which was being used to carry out nefarious business deals and so they people they ran into weren’t the welcoming kind. They fired at the agents. They tried to kill them and they weren’t able to do so because the two had backup. Roundtree and Fatima showed.

Their additional fire power help to prevent the loss of life and unfortunately the bad guys still got away. They ran off in a dark van. It will be impossible to trace and the team had to try to find them with what little information they had. They believe the person that shot at them was Jimmy Fang. He’s a Chinese National who entered the country recently to steal classified technology and now he’s mixed up with the people pushing counterfeit “superbills”.

There’s no telling what Jimmy Fang could be up to now. His presence alone was enough for Washington to send retired Admiral Kilbride back to LA and he quickly began interrogating the team about what happened. He first questioned Sam. Sam mentioned that they got a tip off about the superbills and he tried to kill Sabatino’s name out of it, but Kilbride correctly guessed it was him and he wanted to know what the team was doing to track down Jimmy Fang. Fang made it out of there in a van.

Only he seems to have been doing business with a man named Musa Okoye and Okoye hadn’t played things smart. He took a car that could be traced back to him to the warehouse. The team spotted the car in security footage and they sent a couple of them to go collect him.

Roundtree and Fatima went to the man’s home. The two were talking about Fatima’s old acting days because she only told Roundtree about that time and that was before she began wearing a hijab. Her hair was out. She wore more makeup and she played a really interesting character on a nighttime soap series. She played a bitch.

She was so good at it that Roundtree cheered on her character and so the two were still laughing about it when they went to Okoye’s home only to find the door ajar. The man’s car was still in the drive, but he wasn’t home and someone had done a great job of tearing the place apart. The two of them called it in and the rest of the team continued with their other leads.

A necklace had been found at the warehouse. Kensi had recognized it as coming from this edgy jewelry store in LA and so she went with Sabatino to see if the jeweler remembered the person who bought the piece. Except she was no help. The agents were later told that she couldn’t remember the many pieces she sold over the past few months and so that was a dead end.

The team were investigating a shadowy criminal organization that did not want to be found. Their best bet in finding this organization was finding Okoye and Okoye didn’t seem like a terrorist or anyone who could possibly be involved with shady characters. He worked in aerospace. He didn’t reach out to fringe elements or even talk to his fellow Nigerians with records. He mostly kept his head down.