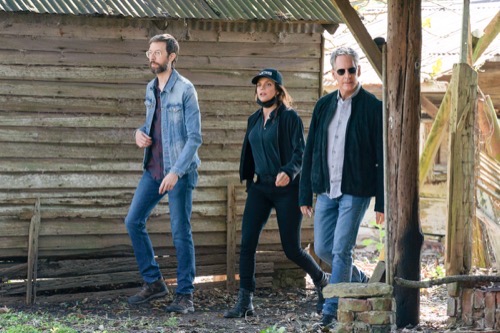 The Mayor put together a commission to deal with the problems within the city. The commission was to handle systemic racism, homelessness, and other problems as well. Pride was a part of this commission. He was even named foreman of the commission and he had a hard time in wrangling everyone. There were radicals who thought the whole system should be up-ended. There were also some who believed they’ve already helped the city by clearing up the corruption and so these two sides argued constantly. They also put Pride in the middle. Pride had to remind everyone that they were adults and shouldn’t lower themselves to name-calling. He tried to stick to a middle road, but bipartisanship couldn’t be found and one group ended up storming out of the talks.

Pride couldn’t really do anything with the commission. The work as in the real work to make a change couldn’t be done until everyone was on the same page and so far they would rather watch the city burn than find kinship with people who disagree with them politically. Only the commission wasn’t Pride’s only job. He was still a federal agent and his team received a case. They were called to what appeared to be an accidental death of Todd VonRoenn. He was a civilian support staff on the base and a search of his home revealed a keycard to the high-security research area. VonRoenn shouldn’t have had that keycard. He didn’t have the clearance for that keycard and its suspicious that he had it.

Like maybe he was using for nefarious purposes. The team did their research and they found out that VonRoenn had grabbed a high-tech battery. This battery is supposed to be the future of energy. It was greener technology and the Navy was developing it to one day use this power in their weapons. There’s no way that a janitor would have come by this battery naturally. He had to have stolen it and then someone murdered him. Sebastian spotted signs that VonRoenn’s death wasn’t accidental and he was later able to prove that it was murder. Their victim had been murdered. His killer didn’t need the keycard or what little sample of the battery that VonRoenn had, but that could mean they already have a sample of their own and so VonRoenn was working with someone.

His accomplice probably murdered him just to keep what they found to him or herself. VonRoenn could be the beginning of the dead bodies that were about to drop and so the team had to find his accomplice. They looked into VonRoenn’s movements. He frequently visited a private marina called Yachtvanna and it was owned by Jorge Perez. Perez was the American dream. His family came to the US when he was younger and he was able to build a boat company all on his own. There was just one problem. It was believed Perez’s business was a cover to hide illegal smuggling and that he dealt in everything from exotic boats to exotic animals. If VonRoenn was looking to sell the battery, Perez would be the best person to sell it for him.

Carter pretended to be a buyer. He was supposed to go up to Perez and get Perez to admit to a crime on a listening device, but he underestimated Perez who saw right through him. Perez knew he was fed and he didn’t get himself caught on any listening device. Carter had to sneak in a tracker and both he and Khoury kept an eye on Perez. They were hoping a meeting with a fed would be enough to shake Perez. Possibly even scare him into meeting with his “friends and unfortunately, Perez was too smart for that. He didn’t go running to his friends. He instead ran errands for hours and he picked up some authentic vodka all the way from Russia before he did anything interesting. And in the meantime Pride was still working on his commission.

Pride needed to find something they could all get behind. He got an idea from Rita who was helping Patton out with a friend and so Pride later brought cash bail to the table. He wanted a way in which poor people were able to properly fight their charges without having to risk going broke or spending months in prison unnecessarily. Pride thought this was something they could all agree needed changing, but he was surprised when Allie Briggs chose to quit the commission. She had been one of the radicals. She was earlier fighting for radicalized change and now that an opportunity had presented itself she suddenly wanted to quit. It didn’t make sense to Pride or to anyone else. Pride didn’t know what was going on and he suspected something else was happening behind the scenes.

Things took a turn with the case as well. Perez’s boating yard had ordered several items used to building boats and it is believed that he built a boat specifically for the new battery. He was also finished with the boat. The team overheard him putting together a grand celebration for it and so they followed him believing they would find him in the middle of a crime, but it seems he delivered the vodka to a bunch of drunks and then bounced. The team believed that once again he saw through them. They thought he led them down the wrong path and it turns out he hadn’t. The drunks were friends of a ruthless arms dealers from Ukraine. And neither the arms dealer nor Perez was found with the drunks.

They were probably off making a deal somewhere else. Khoury and Carter were still following Perez and so they followed them back to a boating yard. Perez, it seems had been building a submarine. Submarines were a hot commodity with the cartels who have been using them for years and he could have built one that relied on the new fancy battery. Khoury and Carter found Perez’s Ukrainian friend right as he was about to burn down the boat yard. He was trying to hide evidence. The evidence was shelving for torpedoes and so the submarine that was built was carrying around live torpedoes. And that makes it a bigger threat than what the team believed.

Rita meanwhile has found something she enjoys. She’s helping kids who need a good attorney in a corrupt system.