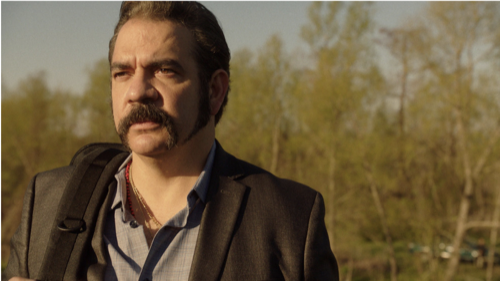 24 Hours After Teresa’s Death – Samara recounts Teresa’s death to Ramiro. Pote drinks alone, sad in a hotel room. He recalls them talking about Belize and death. Samara arrives. He gives her cash. He plans to spread Teresa’s ashes in Mexico. Hey also plans to get revenge. Meanwhile, James looks into Teresa’s file at the morgue. He takes photos of her death pictures. Pote calls Kelly Ann to ensure she is on board with their plan.

Pote watches as they cremate Teresa. Meanwhile, Devin checks in with Boaz. He has a man tracking Pote. Potee arrives in Mexico after a little help from a friend. Boaz begins trying to get control of NOLA.

Pote spreads Teresa’s ashes in a field they once talked about. James is nearby taking photos. He calls Devon. They are now done, he tells them. As he gets into his car, a sniper tries to kill him. He kills the sniper and checks his phone. He calls to warn Pote. They are after him and Kelly Ann. Pote calls her next. She runs for it.

Kelly Ann makes it to her car. She watches as several men pull up and kill her neighbor. Pote and his friend are also ambushed by several men in a truck at a stop sign. They get away. Kelly Ann makes it to the motel she and Pote plan to meet at. On his way, Pote blows a tire. At a gas station, two officers stop to help him. They take him in by gunpoint.

Kelly Ann waits for Pote but he doesn’t come. Two men discover where she is.

Chicho visits Pote in prison. he looked for Kelly Ann but she was gone. Pote hopes she got away. He is looking at 5 years for a carjacking. Meanwhile, Boaz is still looking for Pote. Devon tells him he is in jail and will be transferred so. He tells him to stand down.

Chicho picks up Pote. He is out on good behavior. He wants to eat and then find Boaz and Jill him. Boaz knows he is out and he is looking for him too. He calls Dumas. He seems a little worried about his life.

Dumas pays Pote a visit to tell him about Boaz coming to his bar. As Dumas leaves, they run into gunfire. They get Chicho forcing Pote to come for him. Boaz is with him.

Pote arrives. Boaz’s men take turns beating him as Boaz laughs. Pote challenges him to a knife fight. Boaz gets the upper hand for a but Pote kills him before screaming at the men – anyone else? He takes Chicho and leaves.

Later, Pote meets with Dumas and Chicho. He plans to disappear. He gives the bar to Chicho and an envelope from Teresa to Dumas. She gave him the waterfront property and the money to build.

Pote walks across a beach. He sees a little girl. He gives her a soldier for her castle. She calls to her mommy. Kelly Ann comes running. She cries. He officially meets his daughter, Lena. They head inside the house on the beach. James is there. It seems he saved Kelly Ann back at the hotel. Teresa comes out of the door next.

Their plan worked. She had to pay a lot of officials to fake her death to Devon. They are finally safe and together! They talk about their family dinner. Later, they all sit and eat a meal Teresa cooked. Teresa thinks of her old self for a second. James makes a toast. They all head out to the beach.