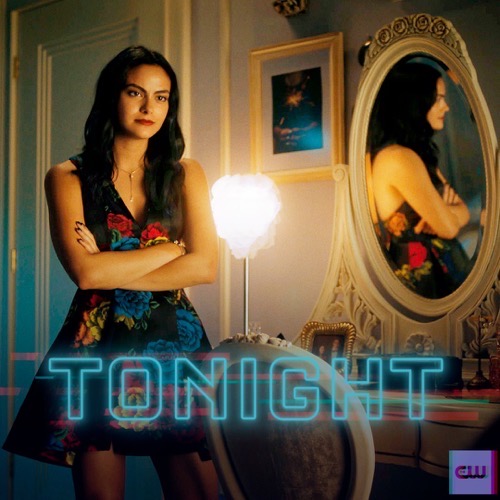 Tonight on CW their drama Riverdale airs with an all-new Wednesday, January 27, 2021, season 5 episode 2 called, “Chapter Seventy-Eight: The Preppy Murders,” and we have your Riverdale recap below. On tonight’s Riverdale season 5 episode 2 as per the CW synopsis, “Betty (Lili Reinhart) and Jughead’s (Cole Sprouse) investigation into the auteur takes a twisted turn after receiving a call from Bret (guest star Sean Depner).

Meanwhile, Archie (KJ Apa) is forced to make an impossible decision when the person responsible for his father’s death needs his help. Elsewhere, Veronica (Camila Mendes) and Hermosa (guest star Mishel Prada) come up with a plan to force Hiram (Mark Consuelos) into early retirement, and Cheryl (Madelaine Petsch) makes a business move.”

In tonight’s episode of Riverdale Bret calls Betty at 3 in the morning. He has info she wants to hear but her needs to be transformed to solitary first. Meanwhile, Archie goes for a run and visit his dad’s grave. He is mad for all that his dad did for the town.

Veronica sees Archie at school the next morning. She plays it off like they are still together. She tells Archie they need to pretend until graduation. Betty and Jughead arrive at the prison to be told Bret has been killed overnight. His eyes were gouged out.

Archie is working out in the gym when Hiram jumps on him. He wants to kick Archie’s a## since he cheated on Veronica. Archie tells him to get out.

Veronica is outside taking the trash out when the Malloy’s come out of nowhere with guns. Hermosa shoots them all, saving Veronica. Cheryl meets with the family via video about the family business. They disagree with her new decision since she killed their beloved.

Jughead and Betty are called to a suicide scene. It is David. He has allegedly killed himself. Meanwhile, Veronica and Hermosa sit with Veronica’s mom to tell her that dad is back in with the mafia. They decide all to team up to get Hiram retire. They threaten him in his office but he tells them he will not stand down.

Jughead learns that he has been accepted into a writer’s workshop in Iowa. They all head out to Pop’s to celebrate.

Cheryl tells Penelope how the Blossom board keeps shutting her ideas down. Penelope tells her to go away for a bit. She makes plans with TT.

Donna calls Betty in the night and tells her someone is after them all. Betty doesn’t buy her story. David killed Bret and its over. The next morning she learns Joan has in fact been murdered. It looks like they have a murderer on the lose.

Hermosa and Veronica talk about new plans to take down Hiram. Archie meets with the father of the man who hit his dad. He tells him he cannot write a letter to help with a lighter sentence. The man left his dad to die.

Jug and Betty discover a tape on the front door step. They watch it with the rest of the family. The killer has been in the house, they filmed their break in as well as Jug and Betty sleeping in bed.

Veronica comes home to her dad beaten badly. Hermosa had her men do it. It upsets Veronica although she acts like she isn’t effected by it.

Cheryl comes home to find that the entire Blossom board decided to kill themselves. Her nana doesn’t seem phased and her mother tells her it is an early graduation gift.

Betty waits for Charles in the house. She confronts him. She found his bug. He confesses to killing Joan and Bret. He also tried to kill Donna but she got away. Jug comes out of the shadows. He knows Chic was instructed to kill Bret. They now know that Charles is a serial killer. He agrees somewhat. He only kills bad people. They plan to bring him in to confess. He tells them it isn’t him behind the video tapes. They will need to figure that out.

The entire family sits down and is in shock when Hermione tells Hiram she is divorcing him. Meanwhile, Archie comes home to find his mom watching the black hood tape. He goes crazy and smashes the tape and the TV. She tells him she called his Uncle Frank.

Frank shows up. Archie tells him to go away. They fight. Frank begs him to let it out. Archie punches him over and over. They hug after while Archie cries.

Jug confronts Jelly Bean. She admits she made the tapes. At Archie’s, Frank admits he plans to turn himself in.

Jug tells his dad who is making the tapes. Jelly Bean did it to try and make Jug stay. She did it with Ricky. She created a mystery to keep him in town.

Archie and Frank head to his dad’s grave. He gives his mom a letter for the judge.