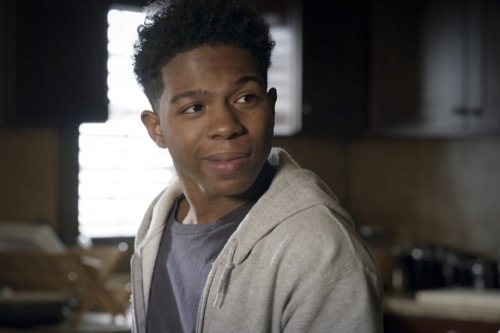 Tonight on CBS their new show S.W.A.T. inspired by the television series and feature film airs with an all-new Wednesday, April 7, 2021, episode, and we have your S.W.A.T. recap below. On tonight’s S.W.A.T. season 4 episode 13 called “Sins of the Fathers,” as per the CBS synopsis, “The team works together to hunt down a deadly band of mercenaries hired by a wealthy CEO trying to leave the country before he’s arrested for running a massive Ponzi scheme; Hondo is forced to confront his changing relationship with Darryl.”

our S.W.A.T. recap. While you wait for our recap make sure to check out all our television news, videos, recaps, spoilers, and more, here!

In tonight’s episode of SWAT was brought in to assist the FBI. FBI Special Agent Valdez compiled a fraud case against billionaire hedge fund manager John Afton because he was running a Ponzi scheme and she wanted SWAT to assist with his arrest. The FBI knew it would get ugly. Afton defrauded so many people that once the news broke there was going to be hundreds demanding blood and so that’s where SWAT comes in.

They cleared the surrounding houses. They left a clear pathway to Afton’s mansion for the FBI to and so nothing should have happened the team wasn’t expecting. However, one of their own had noticed something fishy. He went to check out and he was shot not long after doing so.

The officer was taking Chris’s spot. Officer Grayson was only there because Chris wasn’t. Chris had called in sick after one too many drinks while she was out clubbing and it resulted in her waking up in a motel room alone with no idea where her car was. Chris had to call Street. He came and he got her. He also told her to call in sick because he could see that she was a wreck. Chris didn’t remember much of her night.

She knows she bought the motel room and that she slept with someone, but she doesn’t know this man’s name or how they got to the motel. Chris’s drinking was getting out of hand. She tried to quit the other day and she couldn’t go through with it because she couldn’t stop drinking.

Chris could have been the one now in the hospital. If Street hadn’t been looking out for her, it would have been her that did the surveillance and she might have taken it too far as Grayson did. Grayson was now fighting for his life. He had seen Afton’s people moving his things and he had been shot before he could warn the rest of the team.

SWAT officially took over the investigation after one of their ones was almost killed. They found out that Afton snuck out of his mansion and they knew who was helping him. The group that helped Afton were mercenaries known as Capstone. They did everything from arranging child prostitutes to helping Yemeni extremists. The group was being run by former NAVY servicemen Otto Brady.

It was Brady who shot Grayson. He was known for his violent methods and Deacon had ever known someone who formerly worked with Brady. His friend Harrow. Harrow was with Brady for a couple of months when he noticed the shady dealings and he tried to speak out. Brady had threatened to kill him at the time if he didn’t walk out of the organization. Harrow did and that was the last he had seen anyone from Capstone.

Capstone had a high turnover rate. No one lasted more than six months and so Harrow has no idea who Brady was working with now. SWAT as LAPD put out a BOLO on both Afton and Brady. Both of whom were later seen when Afton went to go collect his son Jonah. A police officer spotted the two men and she attempted to arrest them when they began firing at her. And they injured a bystander.

The bystander was Afton’s son’s girlfriend, Mary. Brady doesn’t care about who he hurts as long as he gets paid and so that makes him dangerous. He’s already proven cops are on the table, but finding him once he went to the ground was difficult for SWAT. The team couldn’t find their perps. Luca also had questions about why Chris called out sick and so Street tried to defend her. He said that she was just feeling unwell.

Street knows that Chris is drinking too much and he knows why she’s doing this. She was still grieving her friend Erika. Erika died while they were all working together. Chris blames herself for not saving her friend and she’s punishing herself now. Street later tried to talk to her about drinking. He told her that as a child of drunks he could recognize the signs.

Street even confronted her about still drinking. Chris did the hair of the dog thing by drinking to get over her hangover and so Street told her she has a problem. She needs to stop drinking. Street was doing his best to support his friend through this trying time and she turned it around by saying that she only called Street because she couldn’t call the other guys.

She told Street he was her last resort. Chris pushed Street away and he had to go back to work. He left her alone, but he didn’t want to and he still thinks she has a drinking problem. Street returned to work where they got a lead on Afton. Jonah’s backpack had a tracker and it was traced back to a cabin in the woods. The team moved on the cabin and they took out the two members of Capstone. They also found Afton.

What they didn’t find was Jonah or Brady. Brady had gone looking through Afton’s things and he found the bank statements. Afton put all of his hideaway money in a secret Swiss bank account in his son’s name. Once Brady saw this, he decided to take Jonah and get the money himself. He now has Jonah hostage and Afton is demanding the safe return of his only child.

Afton may have hated the police for arresting him, but he wanted his son found alive and safe and so he did his best to assist them. The team was able to track down Brady’s location. He was on a boat with a few of his men and with Jonah. SWAT ran in the mercenaries before their target and they arrested one and killed the other.

Brady had been using Jonah as a human shield and so Hondo snuck up behind him to take him down. Jonah was freed. The first thing the young man asked about was his dad and so Hicks later said the father/son bond is a hard one to break. Hondo also knows it’s a hard one to fake. Hondo has grown close to his godson Darryl. He sees him as a son, but he has to remember he isn’t because Darryl has a father, and it’s Leroy.

Later, Chris came by the station to apologize. She knew she shouldn’t have gone off on Street like she did and she also knows she needs help but they’re still friends and so they always be there for each other.