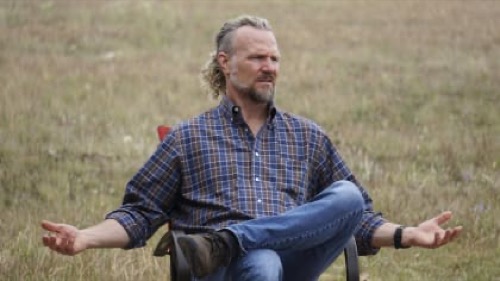 TLC’s reality show about a polygamist family Sister Wives returns tonight with an all-new Sunday, November 21, 2021, season 16 episode 1 called “There’s No Me In Polgamy,” and we have your weekly Sister Wives recap below. On tonight’s Sister Wives season 15 episode 5 as per the TLC synopsis, “After rejecting Christine’s idea of moving back to Utah, Kody checks in with Janelle and Robyn. Then, Kody says he now wants his own lot on the property, and the family discusses the possibility of spending the holidays apart.”

In tonight’s Sister Wives episode, Christine wanted to move back to Utah. Her family is there. She knows that polygamy has been decriminalized there and so she wants to go back. It was home for her. But no one else was onboard. The others didn’t want to go back to Utah. They didn’t want to give up on Flagstaff, AZ. It also doesn’t help that the pandemic has created rifts and those rifts weren’t going to heal overnight.

Kody is one man. He was told to social distance himself and his idea was to stay in one place. He didn’t visit the other wives or his children as much as before and so that created tension. Then when they did get together, Christine mentioned her concerns and she found them dismissed. She also didn’t receive any support from her husband.

Kody didn’t mind the idea of moving back to Utah. But he didn’t speak up when Christine really needed him to have her back and so he later tried to fix it. Kody went around to the wives to get their votes on a potential move to Utah. He first spoke with Janelle. Janell vehemently turned down the idea of moving. She had a hard enough time as it is uprooting her kids to Arizona and she didn’t want to do it again.

She was fine in their current city. She even started her own garden. Janelle has always loved gardening and she was able to plant vegetables and spinach. She also had an apple tree. Janelle was happy where she was. She didn’t want that to change and Christine did. Christine didn’t think they would ever start building their homes in Arizona.

Its why she wants to go back to Utah. Utah at least held family and they wouldn’t live so far apart. Kody and Christine’s relationship is struggling because of the family’s refusal to move. His marriage with Janelle is also struggling because he’s noticed his children by her have been very down and gloomy and he thinks they could be overhearing her badmouth him.

Kody and Robyn’s marriage is on the brink because Robyn feels like she doesn’t see him enough. She also mentions how social distancing is especially hard because none of the families are really talking during this time. But Kody and Meri’s marriage was basically over. He sorta told her so last season and now its rare that he comes over to her house. And so Kody was leaving Meri to fend for herself.

They didn’t really have a marriage. Meri was staying more out of loyalty than love at this point and even then Kody got around to asking her last about the move to Utah. He already knows how Christine felt. He then checked in with Janelle. Her vote was to stay. He also wants to stay.

Kody then asked Robyn and Robyn’s vote was to stay as well. Robyn doesn’t want to keep moving. She wants the families to settle in one place and grow roots. She was tired of all the moving. Kody thought about moving and the only person he’d consider would be where Robyn’s parents live. No one say this out loud, but Robyn was Kody’s favorite wife and so him having problems with her meant that the pandemic has truly been difficult for plural families.

Anyways, Robyn didn’t want to move again. She wanted to stay and so Kody did something that he should have done over a year ago. He brought in a surveyor. He and his wives met with the surveyor. They discussed property lines and his wives heard for the first time that Kody wants his own house.

Kody usually just travels between the four houses, but he wants his own house now. He originally wanted one large house for the whole family and his family turned that down. They didn’t want to live in one place. They didn’t want to see up close how Kody was getting along with everyone else and so they shot down the idea. Only now Kody wants to rearrange where they’ll all live.

The wives picked plots when they first bought the land. They thought those lots would be theirs and now Kody is rearranging everything. He wants to keep the land with the pond to himself. He said everyone would want to visit the pond and that’s why it should be on his property because that way they could see it whenever they want. But there were other changes.

Kody wanted to divide up a land in a way to grant Janelle water access for her garden and woods for Meri’s view. Kody’s dividing up the property line didn’t make sense to the wives. They thought they would get another cul-de-sac and that’s not what they were getting. They instead were going to be very far apart and it’s going to make things worse and not better.