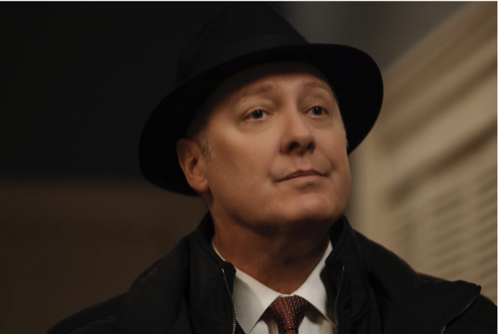 Tonight on NBC their hit drama The Blacklist starring James Spader airs with an all-new Friday, February 19, 2021, episode and we have your The Blacklist recap below. On tonight’s The Blacklist Season 8 episode 7 called, “Chemical Mary”,  as per the NBC synopsis, “The Task Force must race to stop simultaneous danger presented by two blacklisters. Cooper approaches a congressman for intel.”

Red is sitting with Dembe and having coffee. Dembe tells him that he probably knows Elizabeth more than he knows. There is a knock on the door, it is Cooper. Red has a case, Dembe says they all know Elizabeth used an interpreter to contract a bounty hunter, he found him in Sarajevo. Red thought he was the target, but he is not. The person Elizabeth is working with brokers chemical weapons, Mary Bremmer. The bounty hunter was unable to find Mary Bremmer, but he created a dossier, and he got a copy of that. Red says it is all quite unfortunate. On the good side, he is going to have a meeting with the freelancer’s new attorney. Dembe gives the dossier to Cooper.

Park is looking at an obituary for Melissa Randall, 29 years old. She thinks back to her conversation with Red when she said she would never need his help. Aram is there, he tells Park that he is sorry about her friend. She says it was arson. Aram tells her to talk to Red, he can find anyone. Then we look back at when Park did ask for Red’s help and he told her he would take care of it like she was never here. And, know that he may ask for a favor in return one day.

Cooper is with the task force, he tells them that the only way to find out what is happening with Keen is to find Bremmer. Bremmer’s entire security detail was killed except for one man, Ismael Aknoz and he refuses to give any information about Bremmer. Cooper is hoping that after eight years in prison he will change his mind.

Ressler and Park visit Aknoz, he says he wants Bremmer dead, she got him to be where he is in prison. He hates her, but he hates Americans even more. Ressler says if he helps, they will get him out of isolation.

Red visits the lawyer, well he breaks into his office just before he arrives there. Dembe is there as well.

Aram looked into the dossier that Red gave them, everyone was burned, which means Bremmer should have been as well.

Red goes to visit a doctor who he thinks may have done the surgery on Bremmer. He tells him that she had a mishap three ago and needed surgery from burns, she deals in chemical weapons. Red tells him to help him find her, and his past remains in the past.

Bremmer shows her new chemical weapon off to a buyer, a single touch or an inhaled droplet disrupts the nerve signals to the muscles, the heart, and lungs. In a matter of seconds, breathing is not an option. And, it is odorless and invisible, it lasts for days on any surface.

Bremmer has been living in Paris as Madeline Toussaint, she has a cover job as an engineer at a chemical plant. Cooper tells Aram to get a team to Paris, he offers to go, but Cooper is against it. Park tells Aram she will say hi to Mona Lisa for him.

Cooper goes to see Congressman Russell Friedenberg, Cooper tells him that a hacker who goes by the name of Rakeeten, and doesn’t get to say much more. Friedenberg doesn’t want to talk about it but then says their computers were hacked and he has no information on him. Friedenberg believes Rakeeten is feeding active intel to N13, and they both pose an imminent threat to national security.

Red finds out that Elizabeth hired the freelancer to kill Mary Bremmer, not him. He updates Cooper. And, she was abducted at the airport. They think Elizabeth is involved and don’t understand why. Cooper says his people are combing through Bremmer’s residence in Paris. Cooper thinks that Elizabeth is past the point of no return. Red gives Cooper the address of the freelancer and tells him he belongs back behind bars. Then we see Bremmer, who is locked in a room and demands to see this woman.

Aram goes to see Cooper and tells him that has good news, he has figured out how to break the passcode for the flash drive, but it requires a fingerprint. Red gets the fingerprint, Cooper says wonders never cease.